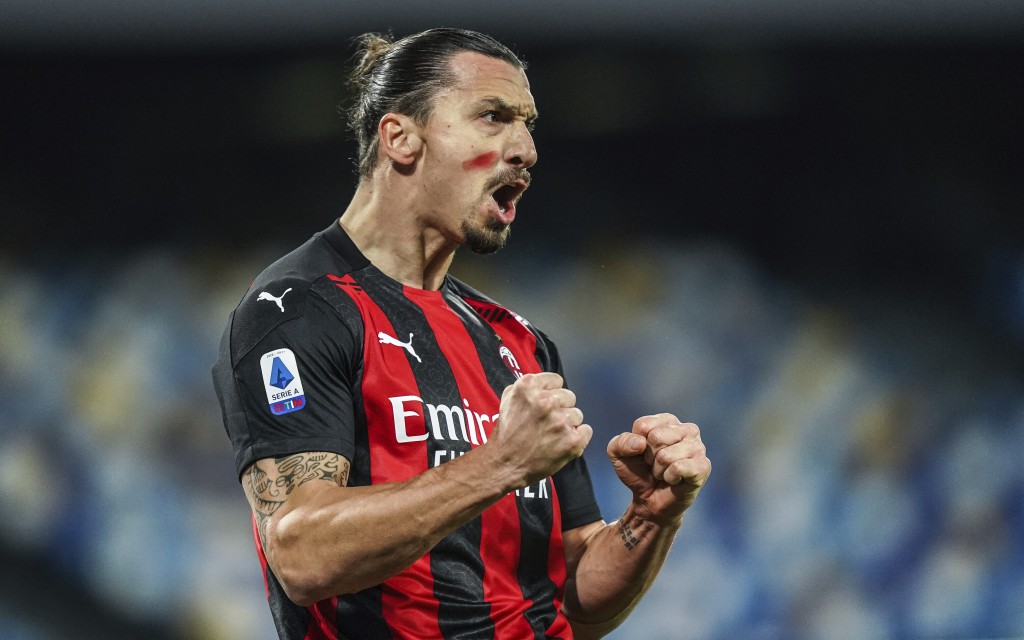 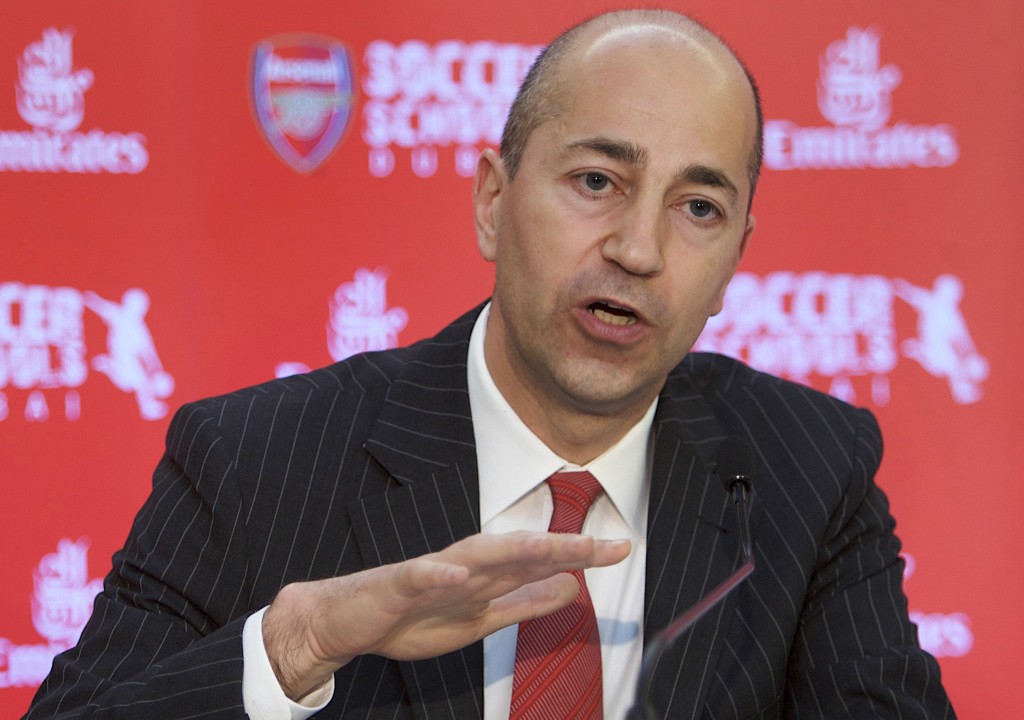 So much has changed for Ivan Gazidis, swapping London for Milan.

A rare transfer between boardrooms of leading European football clubs two years ago saw Gazidis leave an Arsenal side in transition as Arsene Wenger’s reign ended to a Milan side striving to the summit again.

Now, just as Arsenal is hovering above the Premier League’s relegation zone, Milan is atop Serie A and eyeing an end to its 10-year title drought.

“There is a style to this team and the city,” Gazidis said from Italy's fashion capital. “Although the club has been going through a tough time in recent years ... this club resonates, and it just needs a little bit of love and care.”

Even while seven points ahead of a Juventus side that has won nine straight titles since Milan’s 18th and last Serie A success, Gazidis isn't getting ahead of himself.

He knows there a long way in the season to go, and in the mission to deliver sustained success.

“It’s dangerous to think you’ve cracked the code — we certainly haven’t,” Gazidis said. “We’re in a good moment now, but there will be difficult moments."

Gazidis was hired late in 2018 in the months after U.S.-based hedge fund Elliott Management took over control of a club with debts of 164 million euros (then $190 million) after Chinese owner Li Yonghong missed a deadline to repay part of a loan. The financial results for the 2018-19 season saw Milan record a record loss of 143 million euros (then $160 million).

“We inherited quite a quite a challenging situation,” Gazidis said.

The 2019-20 season was then disrupted by the coronavirus pandemic and saw fans locked out of games, which remains the case in the current campaign — severely impacting the revenue streams.

“It’s obviously knocked football very hard," Gazidis said. “I dread to think what this crisis would have meant for football had it struck before financial fair play. So I think, the impact has been not as dramatic as it could have been, but it’s dramatic.”

Milan has turned to new ways of bringing in new revenue even as San Siro stadium is shut to supporters, including staging online concerts in partnership with the Roc Nation entertainment agency.

Gazidis did not see Italy's passion for football matched by a very developed mindset to grow the business side.

“A lot of football is driven by self-protection because there is so much insecurity in the game," said the former deputy commissioner of Major League Soccer. “There will be bumps.”

It's been a rocky decade at Milan. The seven-time European Cup winners haven’t been in the Champions League since the 2013-14 season, and only squeezed into this season’s second-tier Europa League through a playoff penalty shootout.

But there is renewed optimism, singling out the leadership on the field from defender Simon Kjaer and midfielder Franck Kessié as well as captain Alessio Romagnoli.

“We are seeing young players with personality, with energy, with commitment and with character driving the team forward," Gazidis said.

That is coupled with the most experienced striker still in the game with Zlatan Ibrahimovic as prolific as ever in his second spell at Milan. At 39, the Swedish forward hasn't lost his scoring touch, with 11 goals in 10 games in all competitions this season.

“Zlatan is a force of nature,” Gazidis said. “It can be one of his biggest accomplishments in his career. I think he’s approached it with incredible passion and seriousness.”

Gazidis worked for all but a few months of his 10 years at Arsenal with one manager. Only once did he have to hire a coach — Unai Emery as Wenger's ill-fated successor.

“It’s a very different circumstance to Arsenal,” Gazidis said. “We had a legend in Arsene Wenger who was not just the coach but the sporting director. Every technical decision, every decision on a player was made by him. He had so much influence and deserved to. This is not a complaint, it’s just a very different environment and a different challenge.”

Gazidis has already hired two coaches in his two years at Milan. It seems to be working out with Stefano Pioli in charge, aided by one of those stylish club legends — Paolo Maldini — as technical director.

“We are trying really to build a new sports model and we knew we would make mistakes,” Gazidis said. "We wanted to make the club more efficient financially while increasing the performances on the field which everybody says basically can’t be done. The basic mantra in football is you have to spend more money if you’re going to be successful.”

That pressure particularly comes from fans.

“Every day, people are vilified and attacked if they’re not spending more and more,” Gazidis said. "There are some winners in that environment and there are many, many losers. I just don’t think that’s healthy for football.

“I would much rather see a stable, self-sustaining environment for the game where the competition on the field is every bit as ferocious and as exciting and more and more exciting than it’s ever been but we don’t have the same kind of destructive pressure to spend, spend, spend that seems to be such a relentless and ultimately futile demand.”

Tempering demands for heavy spending isn't a dampening of ambitions for a club determined to stay at the summit.

"People don’t see the passion that you put in,” Gazidis said. “It makes you seem, from an outside perspective, as if you don’t care. Nothing could be further from the truth. The challenge is you care so much that it can lead you to make bad decisions.”