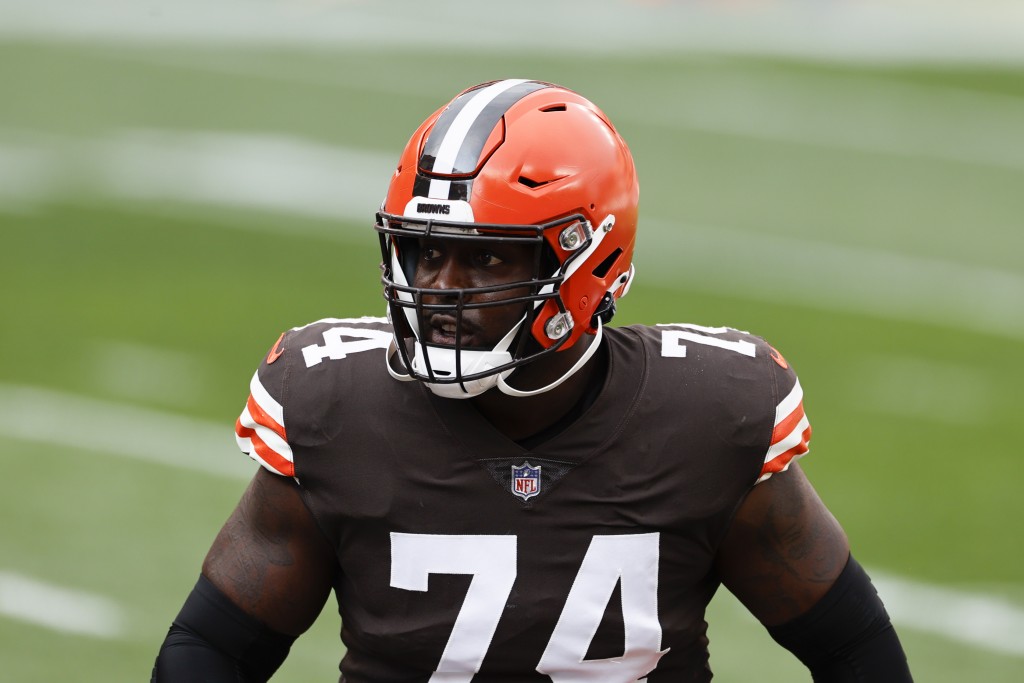 Hubbard is expected to undergo surgery at some point this week. The 29-year-old, who was filling in at right guard for injured starter Wyatt Teller, got hurt when his right knee buckled as he was pass-blocking for quarterback Baker Mayfield on Cleveland's second play.

Hubbard started 14 games at right tackle for the Browns last season. He's subbed at both tackle and guard in 2020, his third year with Cleveland after four in Pittsburgh.

Hubbard's loss is a blow to the Browns, who have counted on his versatility while Teller recovered from a sprained ankle and right tackle Jack Conklin was out for a game.

“Hub has given us great reps — not good reps, great reps — as a versatile player,” coach Kevin Stefanski said. “He is an outstanding teammate. We will miss him in the time that he misses.”

Teller's status is not yet known for this week's game against the New York Jets as the Browns (10-4) try to clinch a playoff berth. Cleveland can make the postseason for the first time since 2002 with a win and losses by other contending teams.

The Browns are also back in the AFC North title hunt following Pittsburgh's loss at Cincinnati. The Steelers (11-3) have lost three straight and lead the division by one game.

NOTES: The Browns also placed safety Elijah Benton on the reserve/COVID-19 list. He has either tested positive or come in close contact with an infected person.