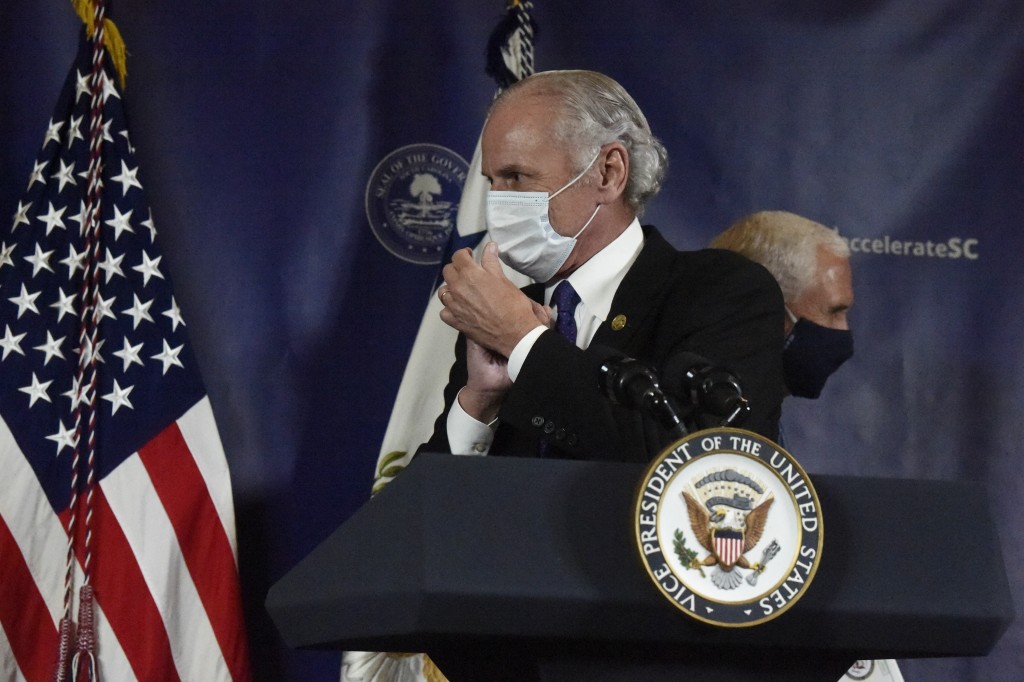 On the advice of his personal physician, the governor was slated to receive monoclonal antibody treatment Tuesday, which his office called a “preventative measure for those with mild to moderate symptoms.” Saying that McMaster was in “good spirits,” his office said the governor was “experiencing mild symptoms with a cough and slight fatigue.”

The governor was tested last week at the same time as his wife but had a negative result at the time, his office said.

Both McMasters had attended a Christmas event at the White House earlier last week and took a “precautionary, routine test” Thursday.

Since that time, Peggy McMaster planned to isolate for 10 days, while the governor's office said he would quarantine for a week while testing regularly and continuing his official duties.