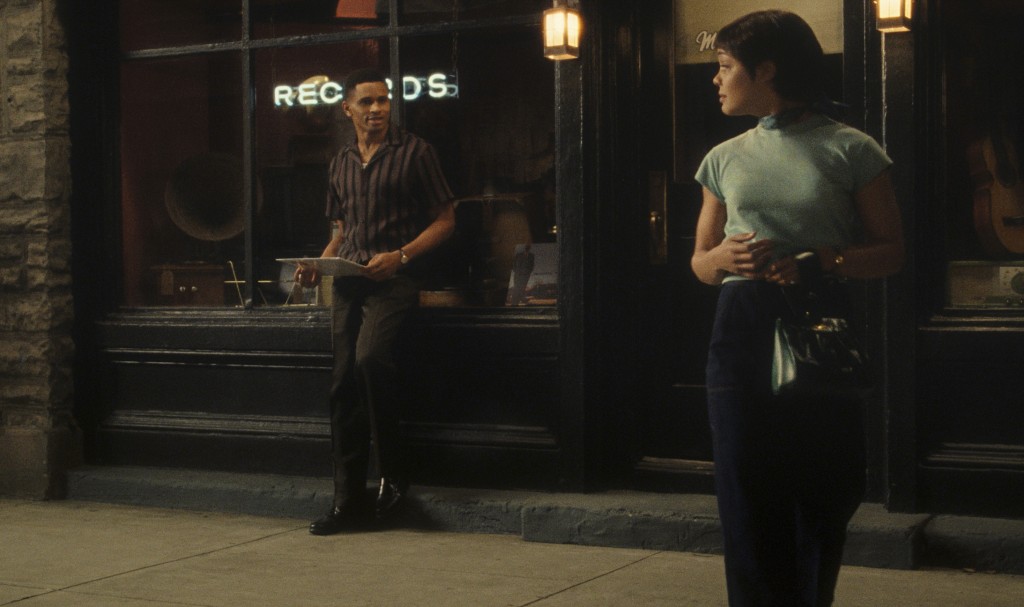 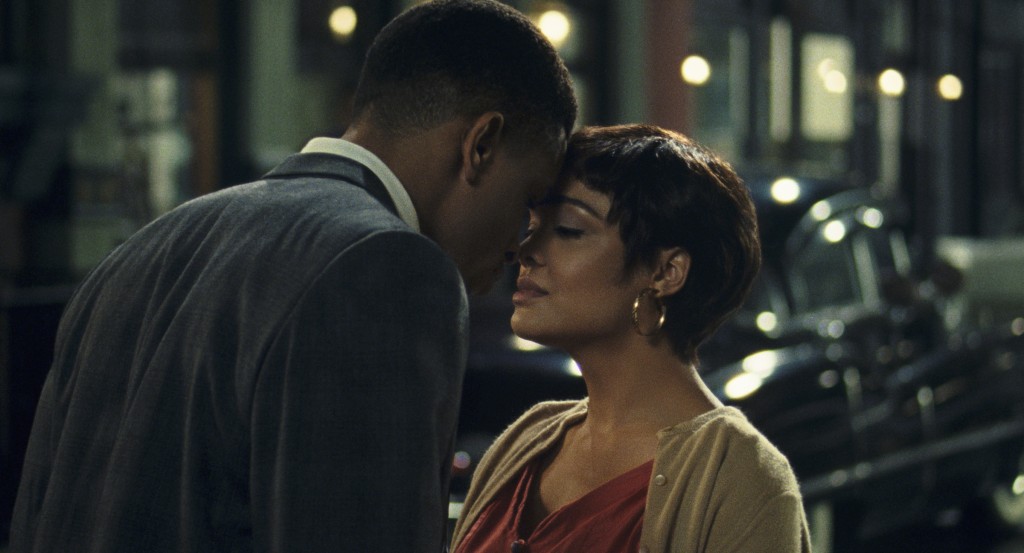 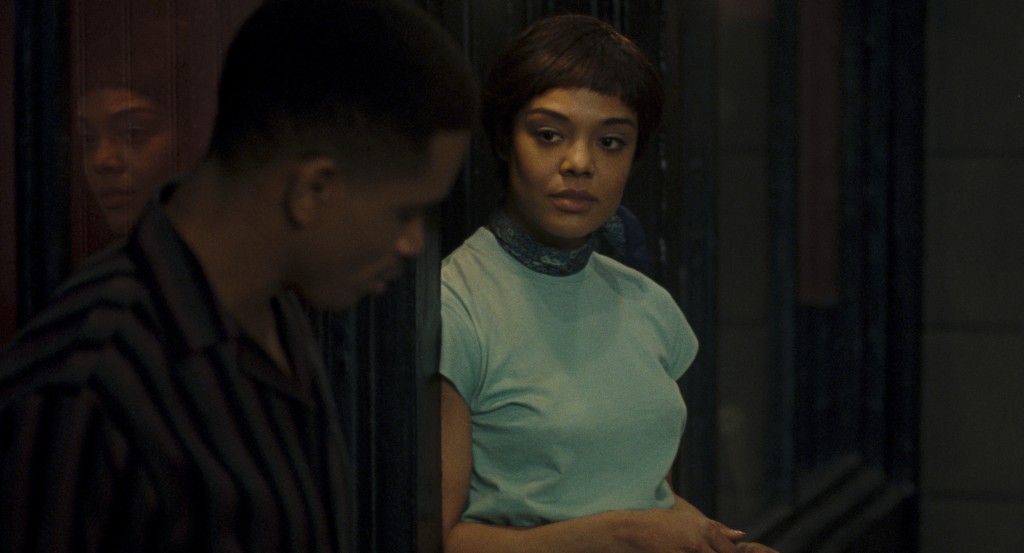 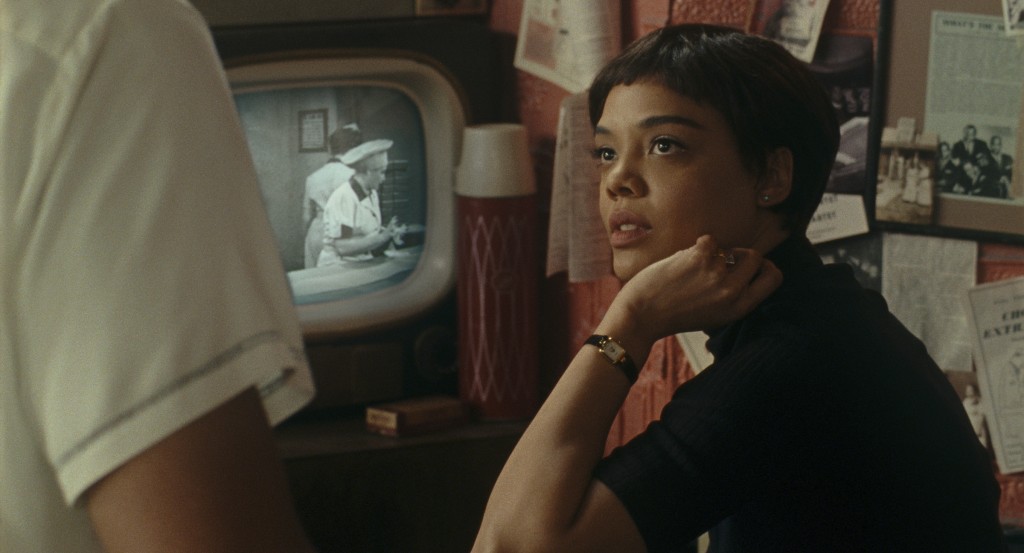 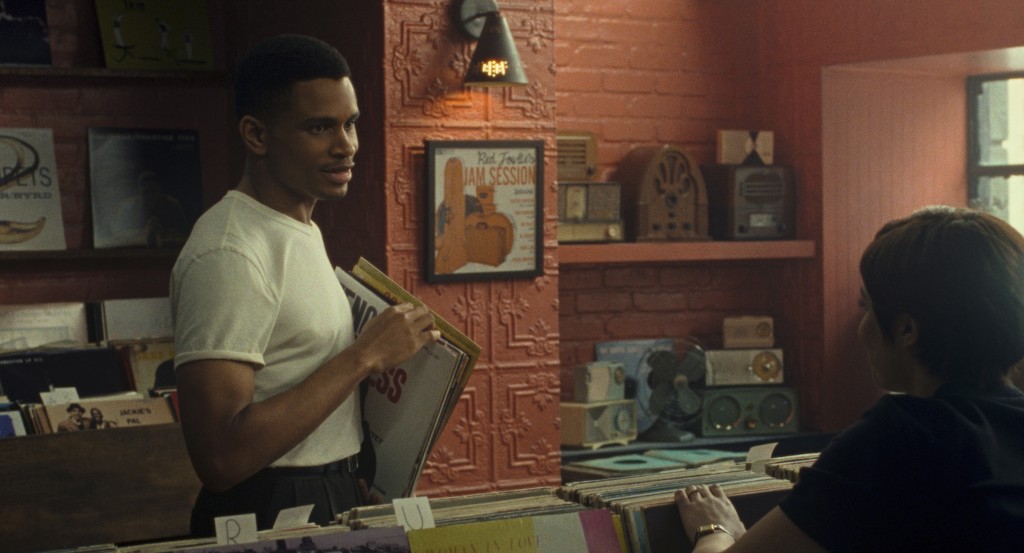 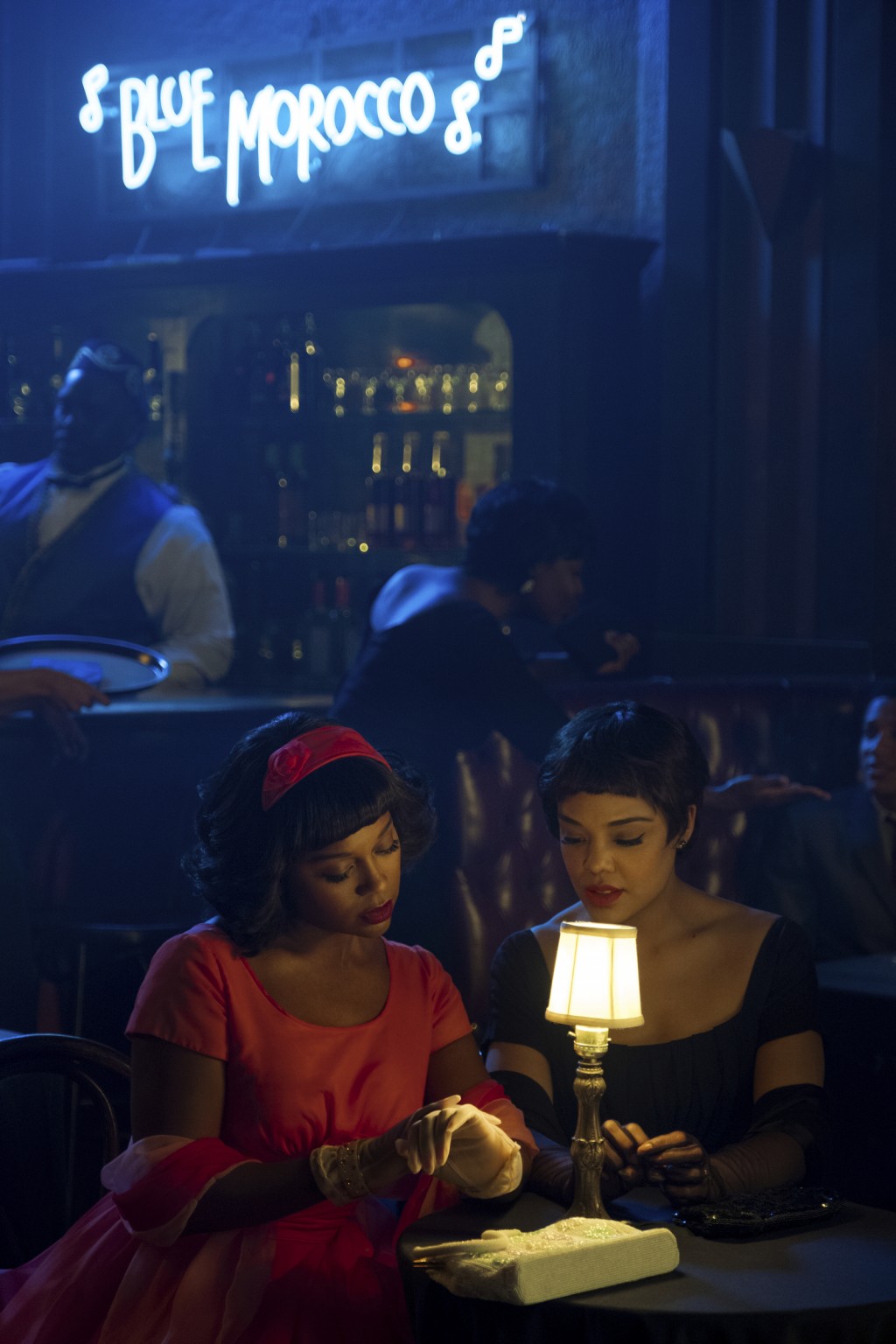 It’s summertime in Harlem in 1957 when we get to know the beautiful souls at the center of “ Sylvie’s Love.” Sylvie (Tessa Thompson) works at the register of her father’s record store but dreams of a job in television. Robert (Nnamdi Asomugha) is a struggling saxophonist who spots her, and a help wanted sign, through the store window. Their attraction is immediate, but it’s not the only factor at play here. Anyone who’s ever seen a romantic drama knows that life will continue getting in the way of Sylvie and Robert’s love for the half decade we know them.

Written and directed by Eugene Ashe, “Sylvie’s Love” is an ode to classic melodramas, with sumptuous set design, gorgeous costumes and an enveloping soundtrack of mid-century hits. Its story feels familiar, but it’s also one that we haven’t seen nearly enough of: The simple fact of our protagonists’ skin color makes this homage radical and noteworthy.

While it doesn’t have the sweeping art and emotional weight of" If Beale Street Could Talk,” “Sylvie’s Love” has many charms. Thompson, for one, is wonderful as Sylvie, who is not your average romantic protagonist, especially for the time. Sylvie is naïve but also worldly, prim but also passionate and the world around her is bright and exciting and full of possibilities, even if her father (Lance Reddick) thinks her dream of working in television is far-fetched. And Thompson gives her a matinee elegance even in rolled up jeans.

But Sylvie, we soon discover, is engaged. Her fiance, a businessman from a wealthy family who she met at a cotillion, is away in Korea and she’s simply biding her time before he comes back. The introduction of Robert, thus, is more than a little disruptive to these well-laid plans. Still, they begin to bond over music and shared and different passions and before the weather turns they are in a full-blown affair. The heady summer of new love comes to an abrupt halt though when her mother (Erica Gimpel) discovers what’s going on and Robert finds out his band has an opportunity to go to Paris. Sylvie, for her own reasons, does not accept his invitation to join.

Five years later they meet again, outside a theater where she’s found herself without a date for the evening and an extra ticket. Time and distance haven’t lessened their connection and the whole thing starts anew. Now, though, Sylvie is married and has a young daughter, and it is harder to justify the indiscretion this time around. She’s also recently gotten her dream job, as an assistant to the producer (Ryan Michelle Bathe) of a television cooking show.

Ashe has a background as a musician which is unsurprising. The music might as well have third billing to Thompson and Asomugha.

The pace moves at a leisurely crawl, which may have been the point to simply luxuriate with these characters and this world, but it starts to feel a little like its spinning its wheels after they separate the first time. Thompson and Asomugha have undeniable chemistry and are best when in each other’s company on screen, but there’s a bit too much going on around them (including a full-fledged song and dance sequence with Eva Longoria, who is on screen for about five minutes total as the wife of his bandmate).

Asomugha, a former professional football player and husband to Kerry Washington, has a great screen presence and could really break out with the right role. “Sylvie’s Love,” which he also produced, isn’t quite that, but it is a solid performance in this undeniably pleasant and soulful film.

“Sylvie’s Love,” an Amazon Prime Video release, is rated PG-13 by the Motion Picture Association of America for “some sexual content, and smoking.” Running time: 114 minutes. Two and a half stars out of four.