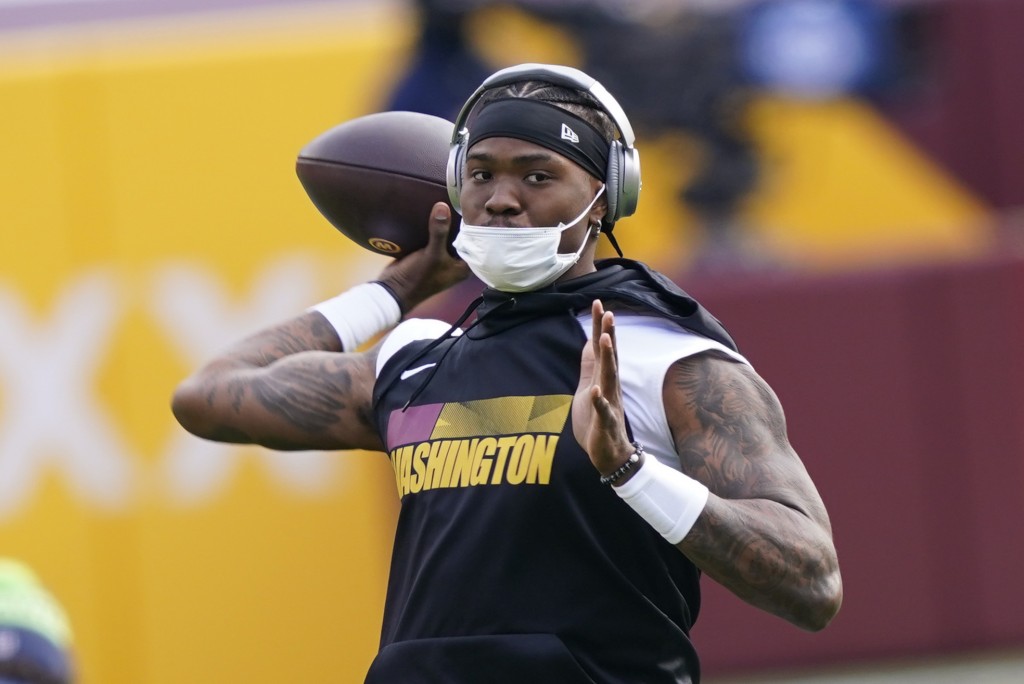 Haskins said on Twitter he spoke with coach Ron Rivera and took full responsibility for putting the team at risk during the pandemic.

“It was irresponsible and immature of me and I accept responsibility for my action,” Haskins said. “I also want to apologize for creating a distraction for my team during our playoff push. I will learn and grow from this and do what’s best for the team moving forward.”

The team is aware of the situation and said it's handling it internally. There was no immediate word whether Haskins would be fined or suspended for violating COVID-19 protocols. The team fined him earlier this season for a separate violation while on the road.

Haskins started Sunday for the first time since early October and threw two interceptions and a touchdown in a 20-15 loss to Seattle. It’s unclear if he’ll play in Washington’s next game against the Carolina Panthers that could be the NFC East clincher, though Rivera called Alex Smith the starter if healthy.

Rivera benched the 2019 first-round pick after four games this season because he felt the offense was better off in experienced hands. He turned first to Kyle Allen, then to Smith when Allen was injured.

Haskins got the start against Seattle essentially by default as the last healthy quarterback on the roster. He threw two interceptions in the first two-plus quarters before leading a comeback attempt that fell short.