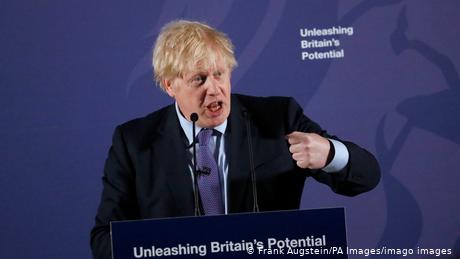 What a year it's been for Boris Johnson. Last Christmas he was still basking in the afterglow of a comprehensive general election victory that delivered a resounding majority for his Conservatives, made all the sweeter by the inroads the Tories made into Labour's heartlands in northern England, tearing into the so-called red wall.

What a difference 12 months can make. For someone who prides himself on his background and knowledge of the classics, he, more than anyone, should know that arrogance and hubris is frowned upon by the deities.

Let's grant him a little slack. To a certain extent, the coronavirus pandemic has been beyond his control. It is, after all, a natural disaster. However, his (mis)management of the crisis has been a man-made catastrophe. I, for one, have lost count of the number of U-turns he has performed in trying to reassure the British public that his government is acting in the best interests of the nation. For someone who misses no opportunity to reference the leadership and vision of his hero, Winston Churchill, he's sorely lacking in that regard.

His track record on dealing with Brexit is arguably even more dire — for the reason alone that the interminable saga has been dragging on for over four years.

Johnson's mantra to "get Brexit done," to unite a bitterly divided nation and to launch a post-Brexit era of sunlit uplands rings hollow, hypocritical and downright cynical.

Lest we forget: This is the man who, in 2013, said "I'd vote to stay in the single market. I'm in favor of the single market." Writing in the Daily Telegraph at the time, he pointed out that leaving the EU would not solve the UK's problems.

"If we left the EU, we would end this sterile debate, and we would have to recognize that most of our problems are not caused by 'Bwussels,' but by chronic British short-termism, inadequate management, sloth, low skills, a culture of easy gratification and underinvestment in both human and physical capital and infrastructure."

Honi soit qui mal y pense that he was describing his own shortcomings.

One of the issues he raises sticks out like a sore thumb. His obstinate pursuit of short-term interests to the detriment of a lasting strategy has left the country in a shambolic state. A circumspect prime minister faced with a mounting health emergency would have asked the EU for an extension to the Brexit transition period, which ends on December 31. No doubt Brussels would have granted his wish. Instead, his solipsistic and destructive attitude tears at the fabric of British society and threatens to plunge the country into a protracted crisis.

Johnson's main argument throughout the Brexit process has been his insistence on reclaiming British sovereignty and freeing the country from the perceived shackles of the EU. A first-year economics student could tell him that any type of post-Brexit trade deal will require the UK to make concessions on national interests. It's called living in a globalized world.

This is not to suggest that the EU has presented itself in the talks as a beacon of altruism. Far from it. There have been a plethora of missed opportunities, mixed messages and a fair amount of intransigence.

However, the EU delineated its so-called red lines back in 2017 when talks got underway. All along, Brussels made it clear that it would not budge on establishing a level playing field on trade and competition and securing EU fishing rights in a post-Brexit scenario. On the latter, just as a side note, it's worth pointing out that the UK's fishing industry amounts for just 0.1% of the country's economic output. Most of the fish caught by UK fishermen is exported to the EU. Most of the fish that lands on the plates of British households is imported. To rephrase a previous Brexit metaphor: The UK can have its fish and eat it.

In finishing, let's return to Johnson's love of the literae humaniores. As an adherent of classical Greek language and literature, he will no doubt be familiar with the term kakistocracy — a system of government that is run by the worst, least qualified, and/or most unscrupulous citizens. Personally, I prefer the way the 19th-century word snollygoster rolls off the tongue: an unprincipled individual who is driven entirely by political gain.