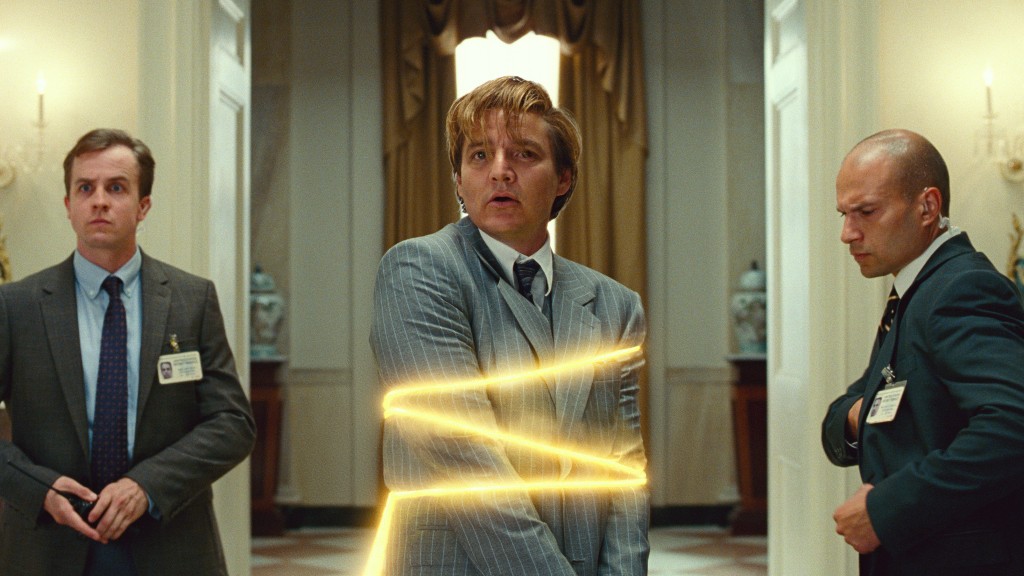 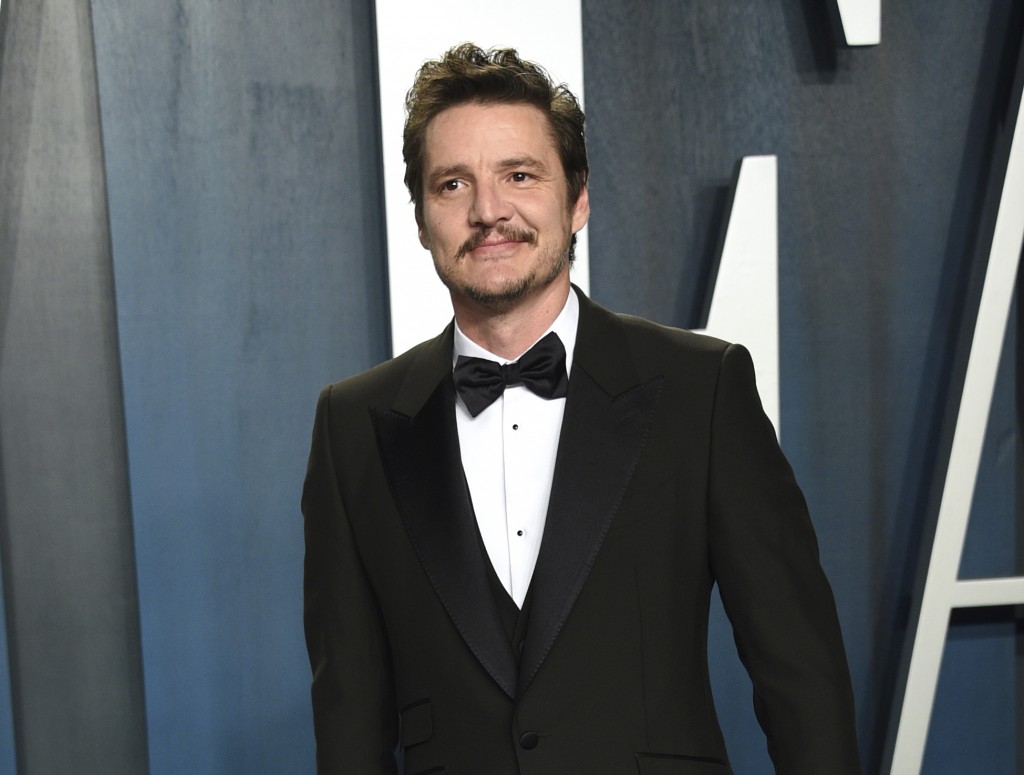 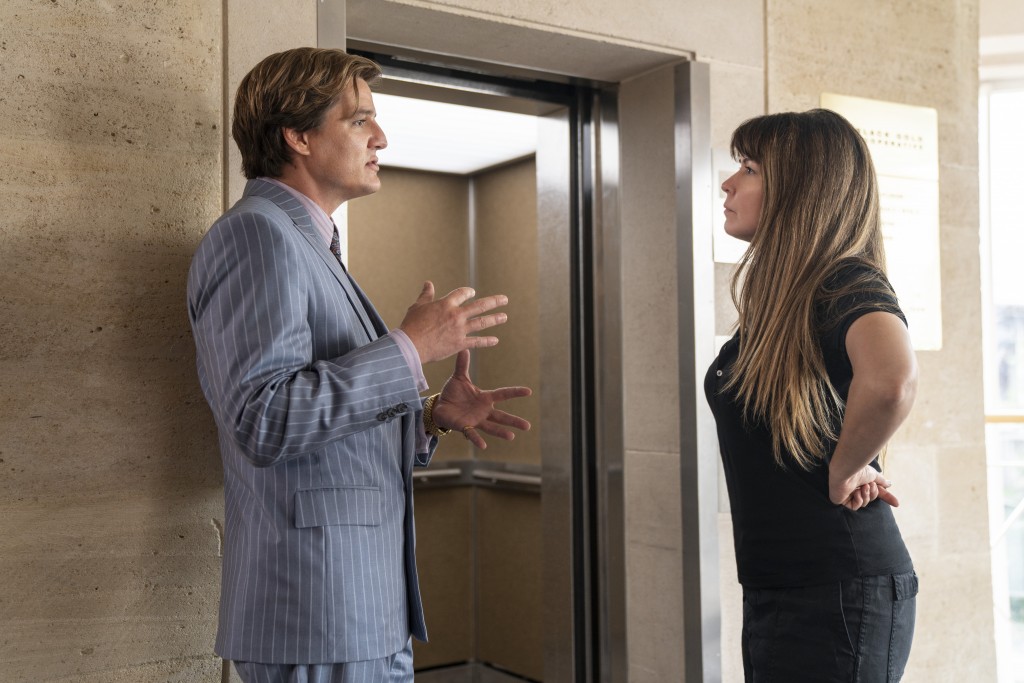 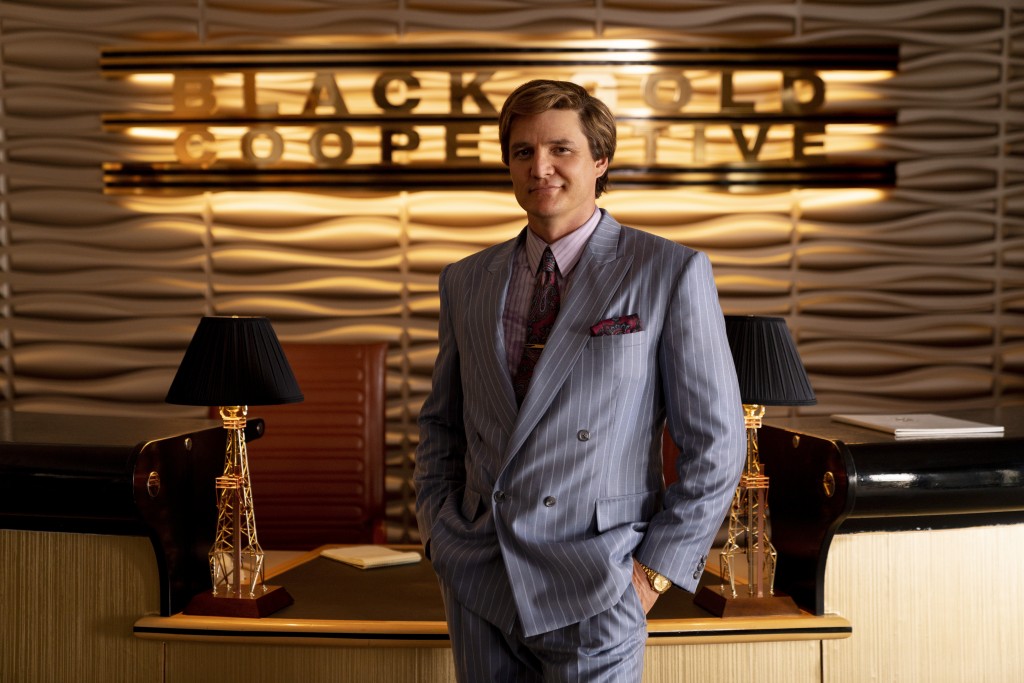 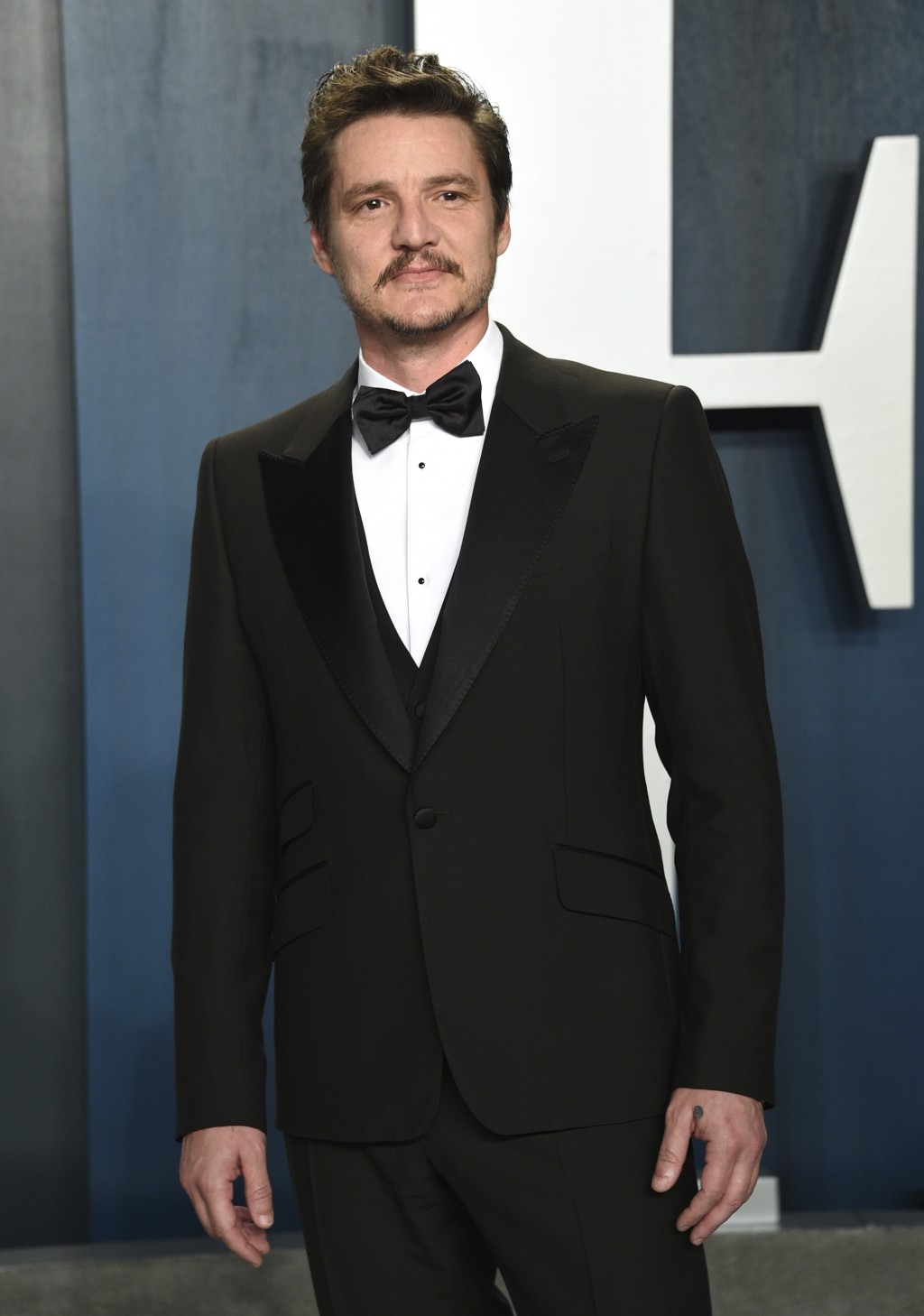 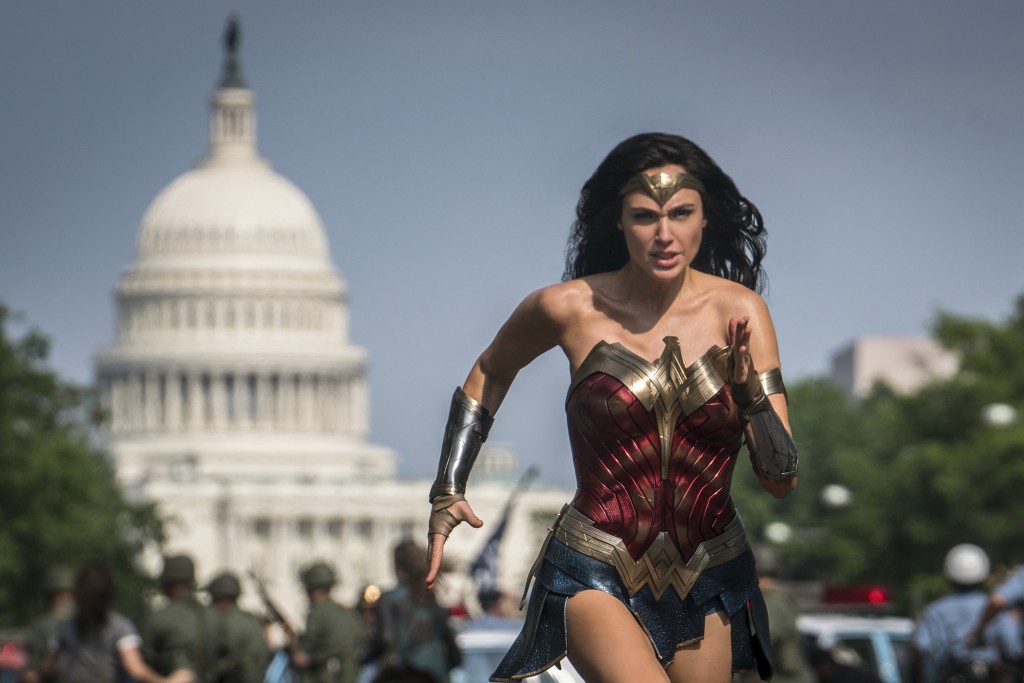 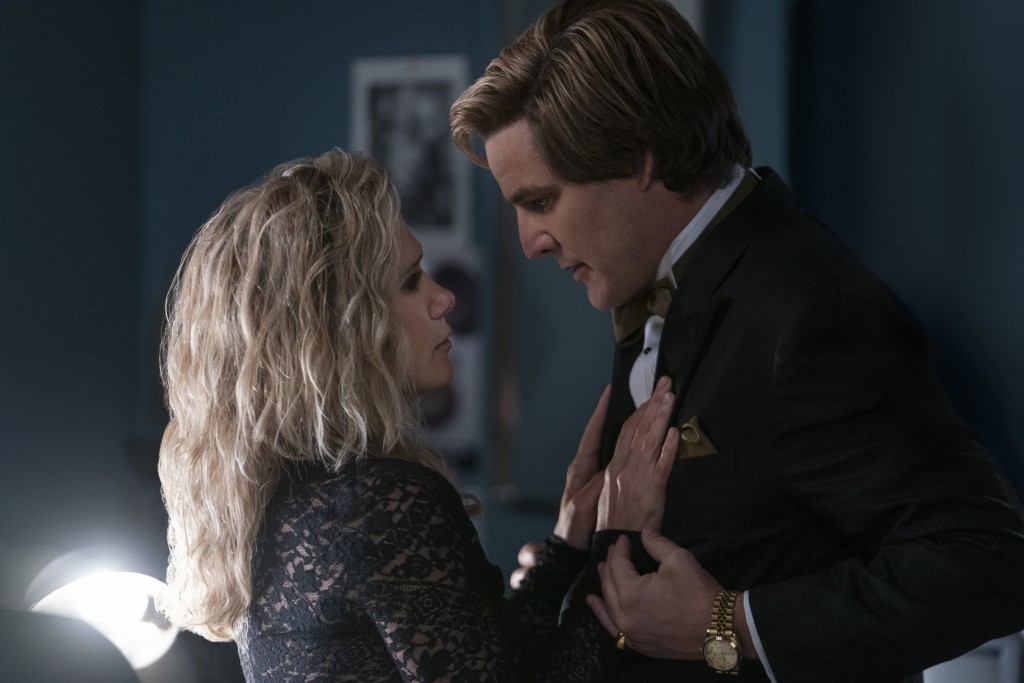 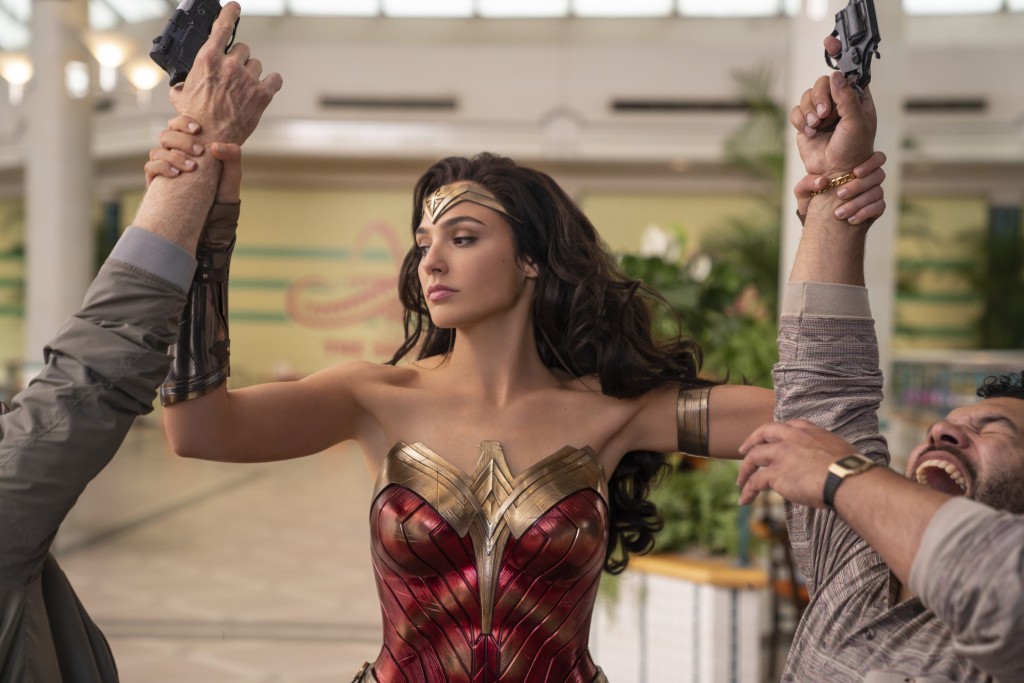 When Pedro Pascal started to think about his “Wonder Woman 1984” villain Max Lord, one name came to mind: Gordon Gekko. Who better to model his power suit-wearing striver on than the embodiment of 1980s greed and callousness?

But director Patty Jenkins had something different in mind than the Michael Douglas character. (Both say it wasn’t Donald Trump, either.)

“She pulled me away from that,” Pascal said. “She was like, ‘that’s not the polish that we’re after.’”

It was a nerve-wracking realization for Pascal, who thought he’d be able to hide behind the slickness of a cold and calculating finance guy. But it was a call that he ended up loving in the end.

“What we went after was so much more unpredictable and exposed,” he said. “The thing that would ultimately anchor me to him was far more vulnerable than what a Gordon Gekko-type would be.”

In the film, which debuts in theaters and on HBO Max in the U.S. on Christmas Day, Max Lord is a divorced dad, minor television personality and wannabe oil tycoon whose wealth is mostly smoke and mirrors until he gets hold of a powerful, wish-granting stone.

“He’s an immigrant who is trying to live up to appearing to be his idea of the American dream,” Jenkins said.

It was producer Charles Roven, who he’d worked with on “Triple Frontier,” who initially called Pascal saying that Jenkins wanted to meet.

“I just adored him. I thought he was such a great guy and such an interesting person and an excellent actor,” Jenkins said. “But when I was sitting and thinking about who could pull this off, I just knew that he could do it. There was something about Pedro that I knew he could hit every different mark and also reveal a side of himself I wasn’t sure that even he had gotten to use yet.”

Pascal had long been a fan of Jenkins’ work: He remembers seeing “Monster” in a Manhattan theater and having to wait until the credits played out to leave because he was crying so hard, and being especially moved by the No Man’s Land sequence in “Wonder Woman."

In between the two films, they’d also crossed paths when Jenkins directed him in a pilot that never got picked up. So when the chance to work with her again came up, he knew what his answer was going to be.

“I didn’t care what it was,” Pascal said. “I still have trouble wrapping my head around the opportunity.”

He was, he admitted, a little nervous about the costumes though.

“I’m not one to pull off an ’80s look very well, in my opinion,” Pascal laughed. “I felt like I (would) look stupid in baggy stuff.”

On the 1980s-set Netflix show “Narcos” Pascal even lobbied for his DEA agent character to wear more 1970s styles. But, he said, the Oscar-winning costume designer Lindy Hemming was a “magician” on “Wonder Woman 1984.”

With an incredible attention to detail, she created suits for Max Lord that Pascal said were at turns “garish and sophisticated,” “colorful and stylish” and “just on the verge of obnoxious.

“It was a fascinating thing,” he said.

Since getting cast in “Wonder Woman 1984,” Pascal’s star has risen immeasurably thanks to the wildly popular Star Wars spinoff “The Mandalorian,” which just concluded its second season on Disney+. He remembers being in initial talks for the role with Jon Favreau right before flying to London to film "Wonder Woman."

And although Max Lord and the mysterious bounty hunter couldn't be more different, there is a fairly poignant similarity that's not lost on Pascal.

“Max Lord has such an exterior armor with hair products and power suits ... which is such a mask with so much going on just beneath it, that contradicts so much what sort of physical message he’s portray with his persona," Pascal said. “(It's) a lot like the Mandalorian.”