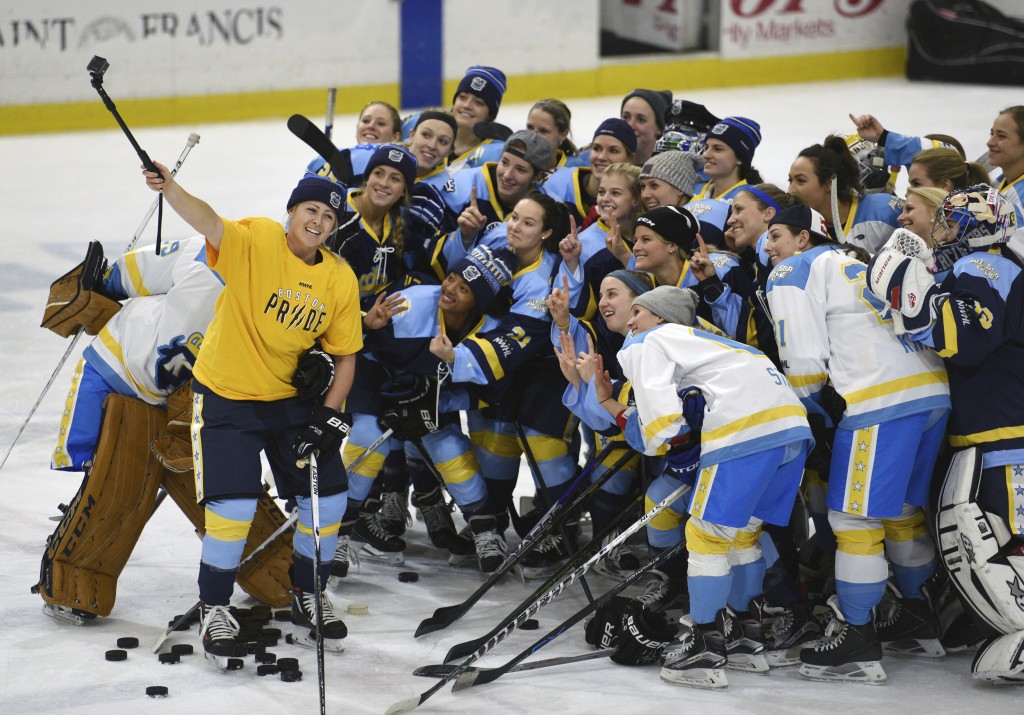 Women's professional hockey will be televised live in the U.S. by a major cable network for the first time when NBC Sports Network airs the National Women's Hockey League semifinals and final in early February.

The NHWL and NBC Sports will announce the historic agreement later Tuesday. The Isobel Cup semifinals on Feb. 4 and final on Feb. 5 being on TV in the U.S. gives the sport a platform it doesn't have in the country aside from the Winter Olympics.

“To me, that’s the biggest piece about this, the biggest element, is not just touching an audience once every four years,” NWHL Commissioner Tyler Tumminia said in a phone interview. “It’s epic for the league and what it does for our brand, but it’s so important for young girls and boys to be able to see female athletes on television like this and not just once every four years.”

The six-team league is holding its season and playoffs in a quarantined bubble in Lake Placid, New York, from Jan. 23-Feb. 5 with games taking place in the arena that was the scene of the 1980 “Miracle On Ice.” Tumminia said that poetic setting was part of the league's pitch to NBC Sports, which is the NHL's national rightsholder and quickly signed on for these games.

“As the home of hockey in the U.S., NBC Sports is proud to showcase the NWHL to a national audience,” NBC Sports vice president of programming Michael Perman said. “These historic broadcasts on NBCSN furthers our commitment to showcasing the game at all levels.”

Tumminia has lost sleep plenty of nights over the past couple of months putting the 2021 NWHL bubble plan together. On Monday, the league announced an agreement with Yale University to provide saliva-based COVID-19 testing for players and staff.

It's the same tests used by the NBA in its quarantined bubble at Disney World over the summer and into the fall. The NWHL is the first women's professional sports league to implement them and will work with Yale on an initiative that pairs saliva and nasal samples for dual testing purposes.

Getting TV and testing agreements in place are two more steps to making the season a reality.

“I am quite excited it’s all starting to seem real,” Tumminia said. “I'm looking forward to it all happening and working out great. ... Definitely thrilled for what it means for our athletes.”

Players who have already signed their contracts will be paid in full despite the condensed schedule. Players also have the option to opt out and still be paid their entire salary, the league said. The NWHL fell short of completing its season last spring because of the pandemic.