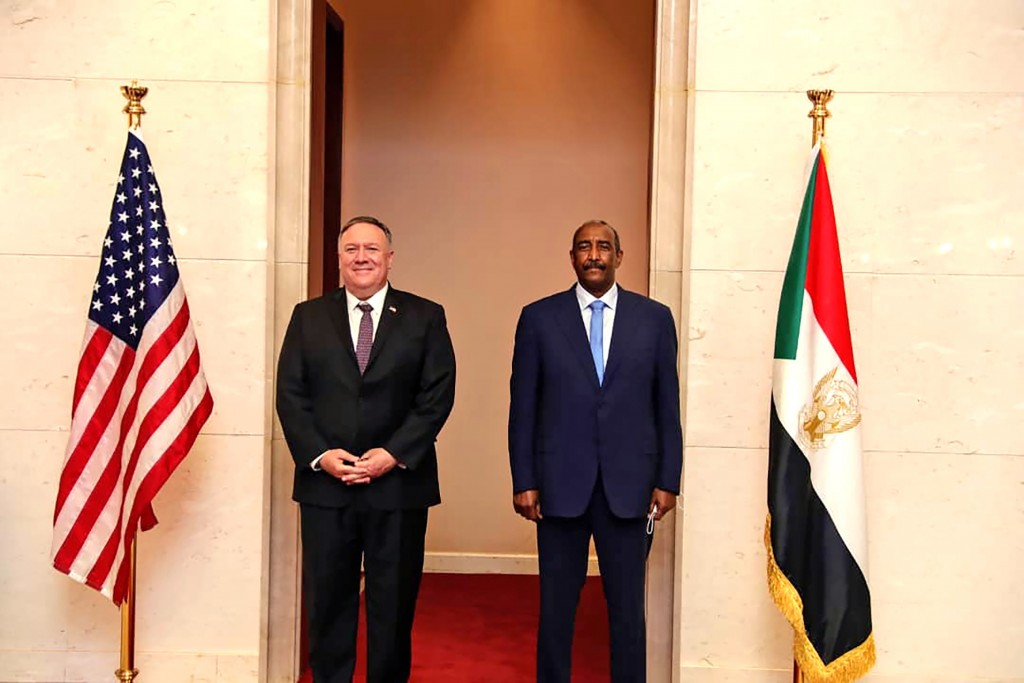 The legislation, part of a massive relief package that Congress approved Monday, restored to Sudan what is known as sovereign immunity, a measure that would effectively stop future compensation claims from being filed against it in U.S. courts. It did not grant Sudan immunity from being sued by the 9/11 victims’ families over the country's alleged role in the attacks, the ministry said in a statement.

The step by Congress capped efforts by President Donald Trump’s administration to remove Sudan from the U.S. list of state sponsors of terrorism.

The designation dates back to the 1990s, when Sudan briefly hosted al-Qaida leader Osama bin Laden and other wanted militants, at the same time losing its sovereign immunity. Sudan was also believed to have served as a pipeline for Iran to supply weapons to Palestinian militants in the Gaza Strip.

De-listing Sudan from the blacklist was part of the U.S. administration’s efforts to have Sudan normalize its ties with Israel. Sudan has become the third Arab country, after the United Arab Emirates and Bahrain, to normalize ties with Israel in the last four months. Morocco followed shortly after.

The legislation allows the release of $335 million to American terror victims and their families that Sudan agreed to pay as compensation for victims of the 1998 bombings of the U.S. Embassies in Kenya and Tanzania, attacks carried out by al-Qaida while bin Laden was living in Sudan.

“This is a pivotal and transformative moment in global history and U.S. foreign affairs,” said Edith L. Bartley, a spokeswoman for families of Americans killed in the U.S. Embassy bombing in Nairobi, Kenya. "Sudan renouncing its past, transforming its government and taking steps toward becoming a democracy and strong ally of the United States makes our world safer."

Congress also included a provision to pay $150 million to African victims of the embassy bombings who later became U.S. citizens, to settle their outstanding claims against Sudan, according to the Sudanese Justice Ministry statement. That money will be paid by the U.S. government.

The deal also included compensation settlement for victims of the deadly 2000 bombing of the USS Cole at Yemen’s southern port of Aden which killed 17 Marines, and for the killing of John Granville, an official with the U.S. Agency for International Development, who was killed in a drive-by shooting in the Sudanese capital of Khartoum in 2008, the State Department said in October.

The removal of the terror designation opens the door for Sudan’s fragile transitional government to get international loans and aid needed to revive its battered economy and rescue the country’s transition to democracy.

The Justice Ministry said in its statement that Sudan would receive $1.1 billion direct and indirect aid from the U.S., in addition to a $1 billion bridge loan to the World Bank to help clear Sudan’s arrears with the institution.

Earlier this month, Treasury Secretary Steven Mnuchin said he would work with Congress and the transitional government in Khartoum to advance Sudan’s efforts to secure debt relief in 2021.

Sudan has more than $60 billion in foreign debt, and debt relief and access to foreign loans are widely seen as its gateway to economic recovery.