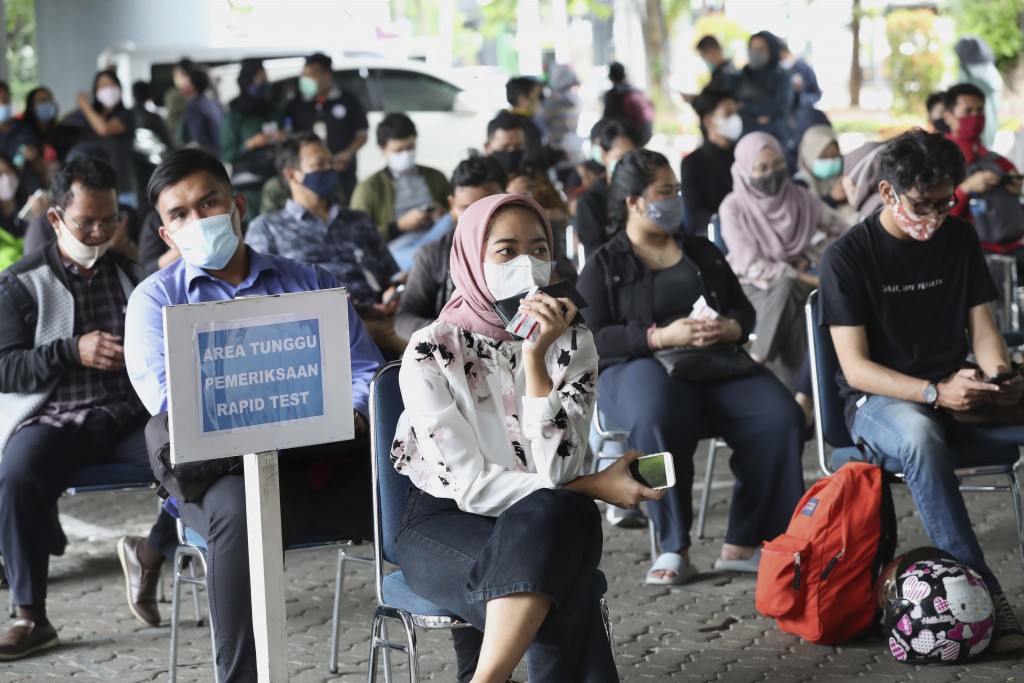 The Cabinet shake-up comes amid surging coronavirus cases in the world’s fourth most populous nation. Indonesia's economy has fallen into recession for the first time since the Asian financial crisis more than two decades ago as the country struggles to control the pandemic.

Four ministers lost their jobs, including Health Minister Terawan Agus Putranto, and two others were rotated to more important positions, ending weeks of speculation about the possible changes.

Widodo replaced Maritime Affairs and Fisheries Minister Edhy Prabowo, who was arrested by the commission last month for allegedly taking bribes related to exports of lobster larvae, with Sakti Wahyu Trenggono, who had served as the vice defense minister.

Uno, a businessman, is also the deputy chairman of the Great Indonesia Movement Party, or Gerindra, formerly a rival to Widodo’s party.

Current Vice Minister of State-owned Enterprises Budi Gunadi Sadikin is the new health minister, replacing Putranto, who was widely criticized for his handling of the pandemic.

A coalition of civil society groups, academics and social organizations started an online petition in October urging Widodo to fire Putranto for his alleged incompetence in handling the pandemic.

Indonesia has reported more than 678,000 cases of the virus, the largest caseload in Southeast Asia and second in Asia only to India’s 10 million confirmed cases. It has recorded more than 20,000 deaths from COVID-19.

The economy shrank at a 5.32% pace in the previous quarter and grew 2.9% in January-March, its slowest rate in almost two decades.