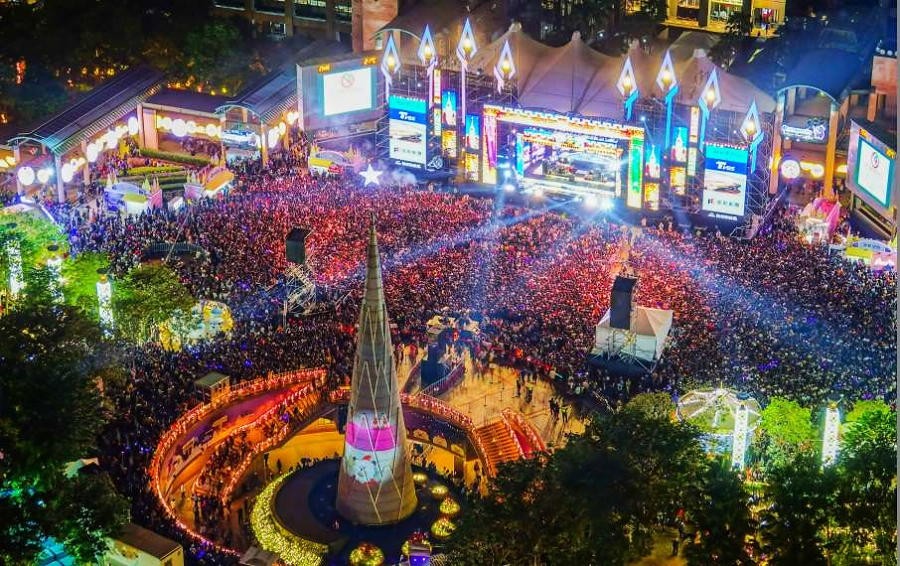 New Taipei City Department of Tourism and Information Commissioner Chang Chi-chiang (張其強) on Tuesday stated that all outdoor gatherings in Christmas City will cease immediately but that the public can continue to view the outdoor light shows and installations, reported UDN.

Christmasland was originally slated to run from Nov. 13, 2020, to Jan. 3, 2021. The current plan, Chang said, is to continue operations until Jan. 3 as originally scheduled.

The city said that with immediate effect, all large-scale outdoor gatherings in Christmasland will be discontinued. This includes product promotions and marketing press conferences, and it will no longer be accepting applications for such activities.

New Taipei City officials stated that other Christmasland activities will continue, in particular the outdoor light shows and installations, which this year are inspired by Disney characters. However, participants are strongly urged to take necessary epidemic prevention measures when visiting the light festival.

Fortunately, the major activities such as the Christmas Concert, Christmas Wind Concert, and the 2020 New Taipei City Christmas Party have already concluded. City officials emphasized that before the event was held, organizers had put forward an epidemic prevention plan.

The plan will be implemented in stages according to the epidemic situation and will be reviewed by the city's health department.

Additional measures will be taken based on CECC announcements and whether there are any infections in New Taipei City. Based on the circumstances, the government will shut down any activities, such as Christmasland, if deemed necessary.