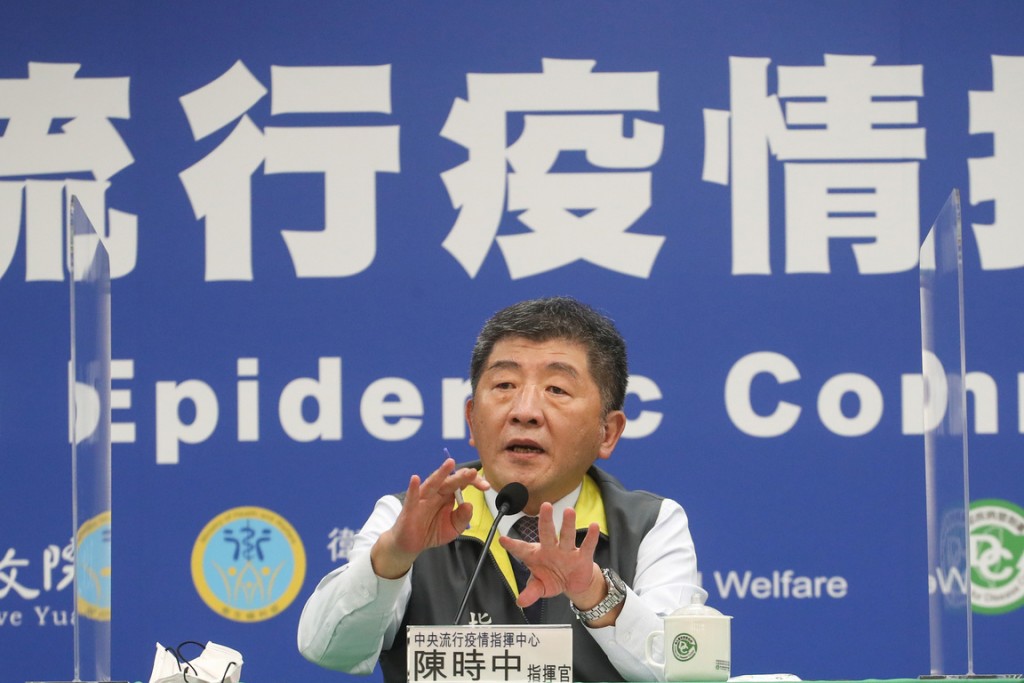 TAIPEI (Taiwan News) — Taiwan's Central Epidemic Command Center (CECC) on Tuesday (Dec. 22) announced its first local case of the Wuhan coronavirus, breaking one of the longest streaks in the world without a domestic case at 254 days.

During a press conference on Tuesday afternoon, health minister and CECC head Chen Shih-chung (陳時中) announced Taiwan's first confirmed local case of COVID-19 since April 12. Chen said the local infection, Case No. 771, is a woman in her 30s who came in close contact with Case No. 765, the New Zealander pilot who had been associated with a cluster infection among pilots.

During questioning by the CECC, the New Zealander claimed he could not recall his exact history of activities and did not mention that he had come in contact with Case No. 771. On Dec. 21, the police department investigated the cargo pilot's movements, found that he had been in "close" (密切) contact with the woman, and classified her as a contact.

The health department arranged for her to undergo a test for the coronavirus that day, and she tested positive on Dec. 22.

The CECC stated that in order to clarify contacts of the New Zealander between Dec. 8 and 12, a detailed investigation of the man's activity history was carried out by the health and police departments. The investigation revealed that he had traveled to multiple public locations during the aforementioned period. The CECC reminds those who were at any of these places during the time period listed above to please carefully monitor their health. If symptoms appear before Dec. 25, they should wear a mask, go to the nearest designated community testing center, and undergo a coronavirus test if a doctor deems it necessary.

Chen stated that because Case No. 765 failed to provide his full contact history and activities during the investigation, he may have violated the "Communicable Disease Control Act" (傳染病防治法). According to Article 43 of the Communicable Disease Control Act, patients with an infectious disease or suspected of having an infectious disease shall not refuse, evade, or hinder relevant inspections or investigations.

If it is found that there was indeed a refusal, evasion, or obstruction in the investigation on the part of the pilot, the health department may impose a fine of between NT$60,000 (US$2,130) and NT$300,000 in accordance with Article 67 of said act.

Chen said that the health department has identified a total of 167 persons who came in contact with Case No. 771. Out of those contacts, 13 have been told to begin home quarantine, while 154 have been tested for the virus and been asked to start self-health monitoring.

Thus far, 21 have been screened for the disease, while 146 are still awaiting testing. The health unit has disinfected public areas frequented by the woman, including her workplace.

As for the cargo aircraft cluster, which is believed to have started with Case No. 765, 87 contacts have been tested and three have received positive results, including Cases 760, 765, and 766. There have been 78 people who have tested negative, six are awaiting their results, and 10 have yet to be tested.