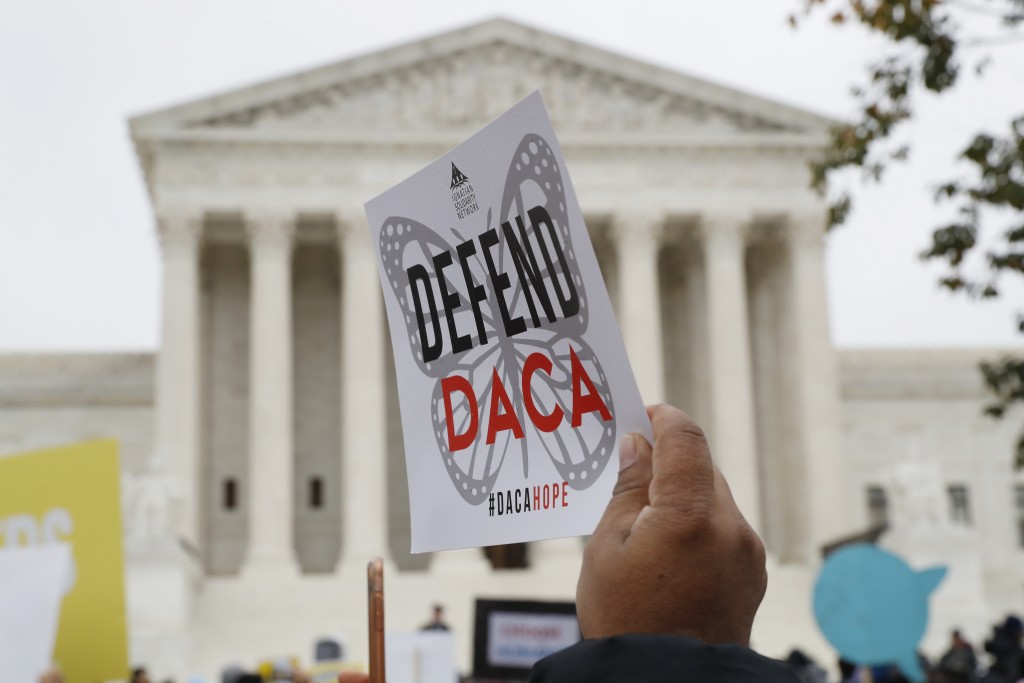 HOUSTON (AP) — A Tuesday court hearing over a U.S. program shielding immigrants brought to the country illegally as children highlights the peril the program still faces even under an incoming Democratic president who has pledged to protect it.

A federal judge in Houston will hear arguments from Texas and eight other states seeking to end the Deferred Action for Childhood Arrivals program, or DACA, which provides limited protections to about 650,000 people. Defending the program is a group of DACA recipients represented by the Mexican American Legal Defense and Educational Fund. A ruling was not expected during the hearing.

The U.S. Supreme Court previously ruled President Donald Trump's attempt to end DACA in 2017 was unlawful. A New York judge in December ordered the Trump administration to restore the program as enacted by former President Barack Obama in 2012.

But the Houston case directly targets DACA’s original terms, as Texas and the other states argue it violated the Constitution by going around Congress’ authority on immigration laws.

President-elect Joe Biden has pledged to protect DACA. But a ruling against DACA could limit Biden's ability to keep the program or something similar in place.

“DACA has to be replaced by a legislative approach," said MALDEF President Thomas Saenz.

While DACA is often described as a program for young immigrants, many recipients have lived in the U.S. for a decade or longer after being brought into the country without permission or overstaying visas. The liberal Center for American Progress says roughly 254,000 children have at least one parent relying on DACA. Some recipients are grandparents.

In a court filing, the states suing to end DACA said the program represents a “limitless notion of executive power that, if left unchecked, could allow future Presidents to dismantle other duly enacted laws.” Suing alongside Texas are Alabama, Arkansas, Kansas, Louisiana, Mississippi, Nebraska, South Carolina, and West Virginia.

MALDEF argues Obama had the authority to institute DACA and the states lack the standing to sue.

U.S. District Judge Andrew Hanen, who is hearing the case, rejected Texas' request in 2018 to stop the program through a preliminary injunction.

But Hanen has said he believes DACA as enacted by Obama is unconstitutional.

Hanen in 2015 ruled Obama could not expand DACA protections or institute a program shielding their parents.

“If the nation truly wants to have a DACA program, it is up to Congress to say so,” Hanen wrote in 2018.

Congress has not acted since, with proposals falling short amid disputes between the Democratic-controlled House and Republican-controlled Senate.

But Saenz, of MALDEF, said the U.S. Supreme Court's June ruling stopping Trump from ending the program should provide guidance.

Texas Attorney General Ken Paxton's office did not respond to a request for comment prior to the hearing.