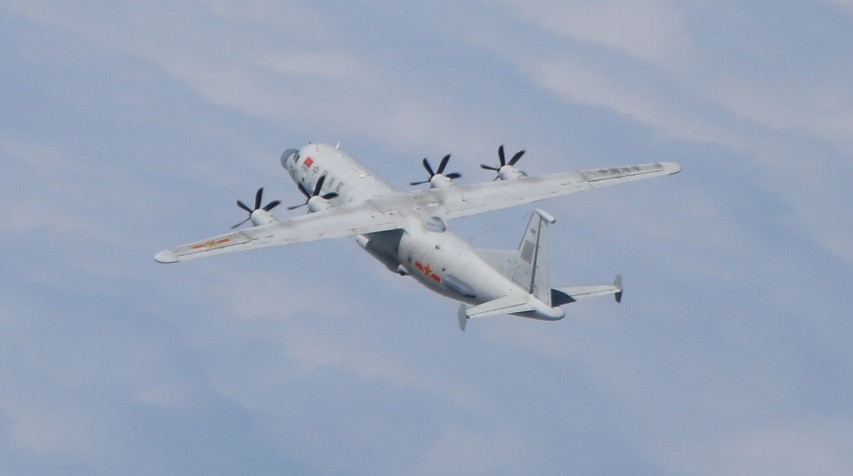 Both the Y-8 and Y-9 are medium-sized, medium-range transport aircraft made by the Shaanxi Aircraft Company. The Y-8 is 34 meters in length and has a 38-meter wingspan, while the Y-9 is 36-meters long with a wingspan of 40 meters.

For over the past three months, China has been regularly entering Taiwan’s ADIZ, with most sorties occurring in the southwest corner of the zone. In November, PLAAF planes were detected flying into the identification zone a total of 22 times; in October, Chinese military aircraft were spotted in the ADIZ on 22 occasions, including a drone on Oct. 22.