SINGAPORE - Media OutReach - 22 December 2020 - Manga Productions, a subsidiary company of Mohammed bin Salman "Misk" Foundation, announced today a partnership agreement with NEOM, where the events of season 2 of the Saudi animation series "Future's Folktales" will take place, following the great success of the first season among Arab and international audiences, with views exceeding the seventy million mark around the world. 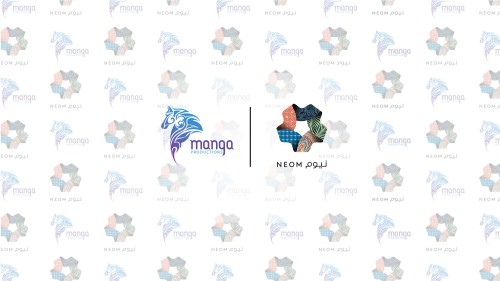 Commenting on the partnership, Dr. Essam Bukhary, CEO of Manga Productions, said: "We are delighted to collaborate with NEOM, the setting of the second season of Asateer -- Future's Folktales. This partnership brings Saudi Arabia's creative industry together with NEOM, an incubator of creative capabilities and ground-breaking technologies that embodies the Kingdom's Vision 2030. The partnership supports our goal to inspire the future generation to be part of the development of NEOM and build a bright future for all humanity."

Engineer Nadhmi Al Nasr, CEO of NEOM, said: "We are pleased that NEOM will be the setting of season 2 Asateer -- Future Folktales, as entertainment, media and culture are some of the main sectors we are promoting. We are committed to fostering and inspiring local and international talent, and we encourage those in the creative industry around the world to participate in Manga's competition which will be held in 2021."

The partnership comes after the launch of Future Folktales series last January in partnership with Toei Animation in Japan which introduced Saudi culture to audiences around the world and celebrated the Arabic language while connecting children with Arab heritage and values and to future technologies through creative content.

The series aired across 19 streaming regional and international platforms including TV channels in Japan, China, Taiwan, Ireland, UK and the United States, where Japanese animation series are popular, contributing to the dissemination of the Saudi culture across the world.

As part of the partnership, Manga announced preparations to launch a competition in 2021 inviting creatives around the world to submit prop designs to be featured in one of the episodes of "Future's Folktales". This competition will empower local and international talents to unleash their creative potential and showcase their work to Arab and international audiences.

Engineer Abdulaziz Al-Naghmoush, Business Development Manager at Manga, commented: "Since its establishment, Manga has been committed to investing and developing talents to enrich Saudi Arabia's creative industry. Our partnership with NEOM supports this commitment by being the home and future of dreamers and doers, which places NEOM as one of the best environments for the second season of Asateer -- Future's Folktales."