SINGAPORE - Media OutReach - 22 December 2020 - With phase 3 around the corner, group gatherings of 8 can go out and explore, just in time to "travel to Korea". The world famous wax attraction is creating a brand new K-wave set, which is set to be launched in the 3rd week of January. Guests can be transported to historical and Instagrammable locations inspired by tourist places in Korea. 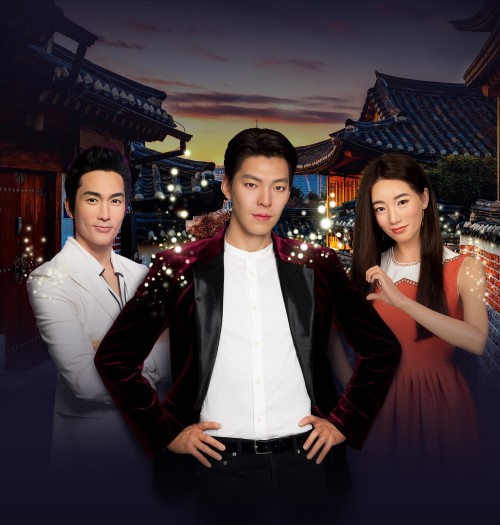 Without packing any suitcases, guests can find themselves posing in front of hanoks and blooming cherry blossom trees. Besides the brand-new photogenic sets, stars like Oppa Kim Woo Bin, Suzy Bae and Song Seung-heon will make this iconic K-wave zone complete.

Kim Woo Bin, whose unique figure is brought in from Hong Kong, will be in Singapore for a limited period only. He began his career in 2008 as a runway model, before making his acting debut in the KBS TV Drama White Christmas in 2011.  His breakthrough he made with "School 2013" and "The Heirs". Kim later starred in box office hits "Friend: The Great Legacy", "The Con Artists" and he took on his first leading role on the television in "Uncontrollably Fond", together with Suzy Bae which is now airing on Netflix.

"Madame Tussauds Singapore has created a yearlong campaign for 2021 with different Korean stars coming to Singapore. Guests can expect new figures and even changes to the set, every quarter. Over the years we received many requests for Korean stars and 2021 will be the year that we are realizing a few of these wishes" said Alex Ward, General Manager of Madame Tussauds Singapore.

Madame Tussauds Singapore is based at Imbiah Lookout.  The SingapoRediscovers Vouchers can be used to visit the family fun 5-in-1 attraction. For more information on how to redeem these vouchers and to know what the 5 experiences are, please visit the website www.madametussauds.com/Singapore.
-END-

The ultimate celebrity experience and the world's best known and most popular wax attraction. There are currently 23 Madame Tussauds attractions around the world.  Each of the attractions is unique and tailored to the host city and visitor demographic to feature both local as well as international figures.

The result of 200 years of expertise and painstaking research every figure takes Madame Tussauds' gifted sculptors a minimum of three months to make, and costs more than $300K (Singapore dollars). Most contemporary figures are also produced following sittings with the celebrities themselves.