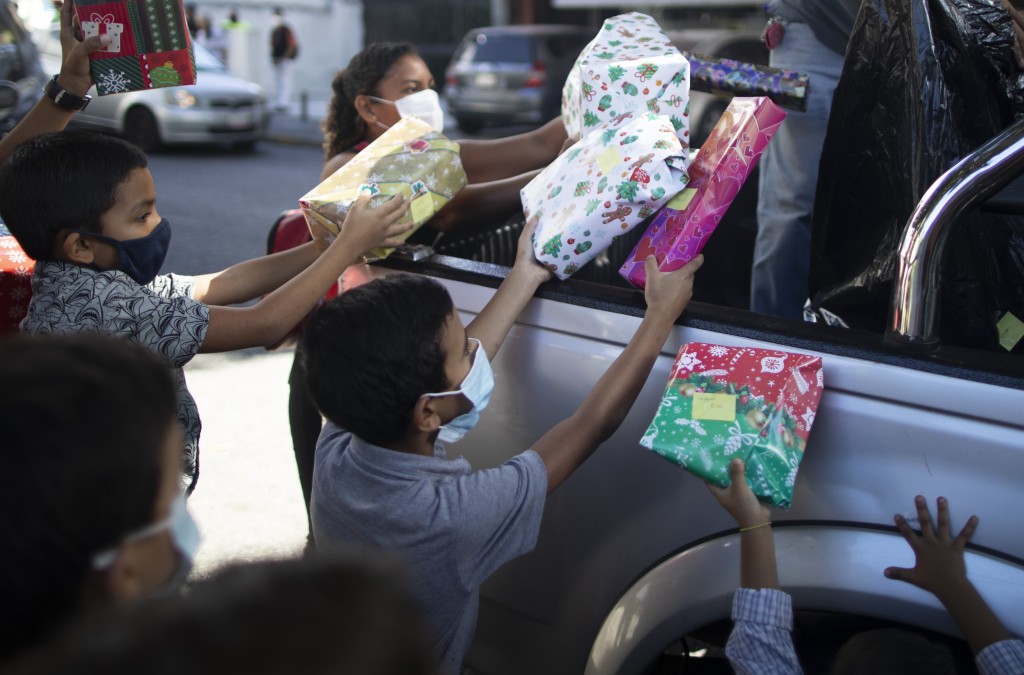 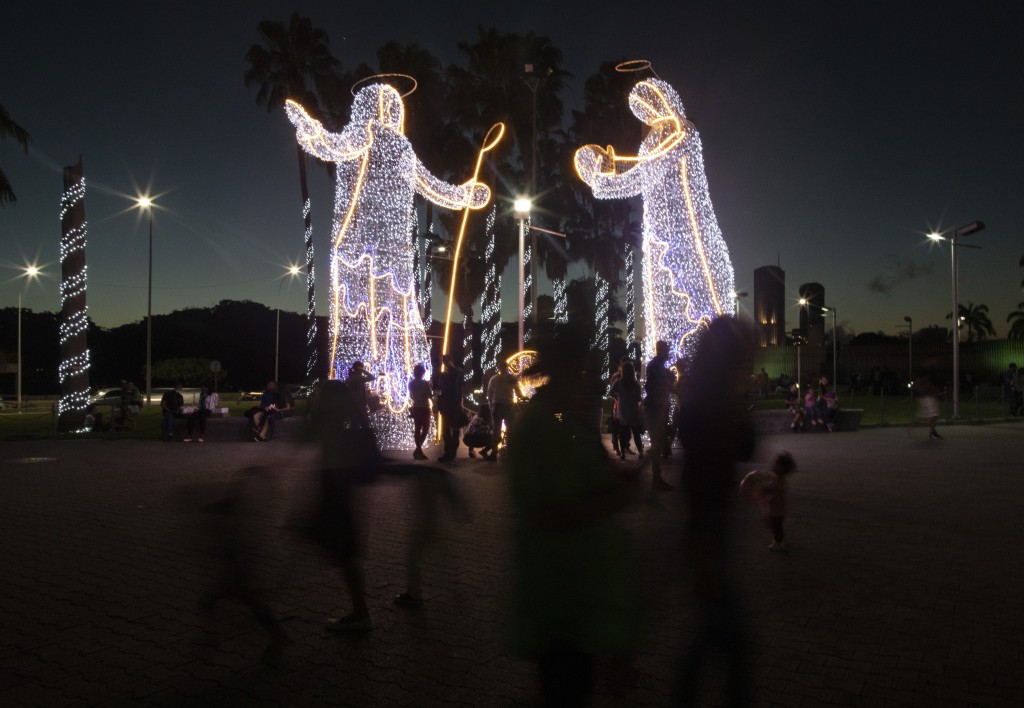 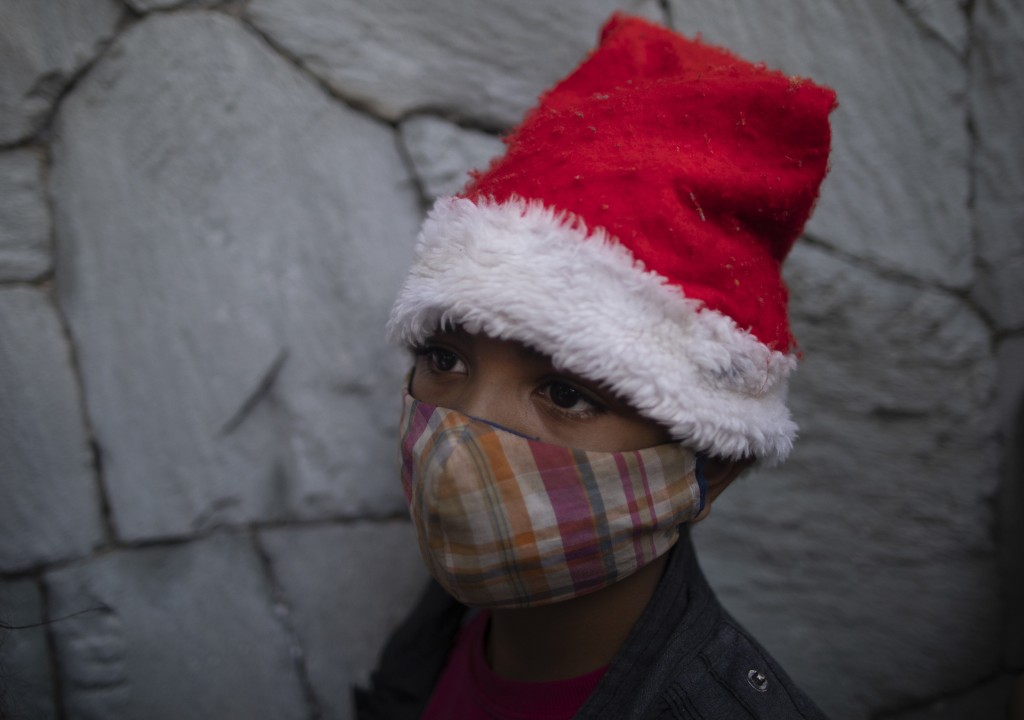 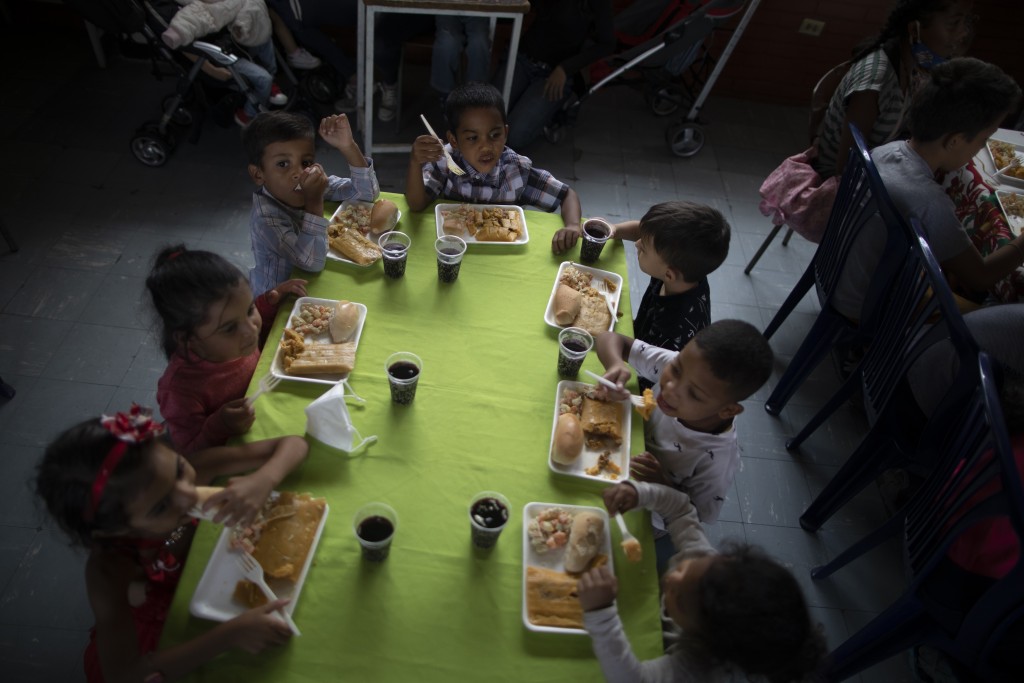 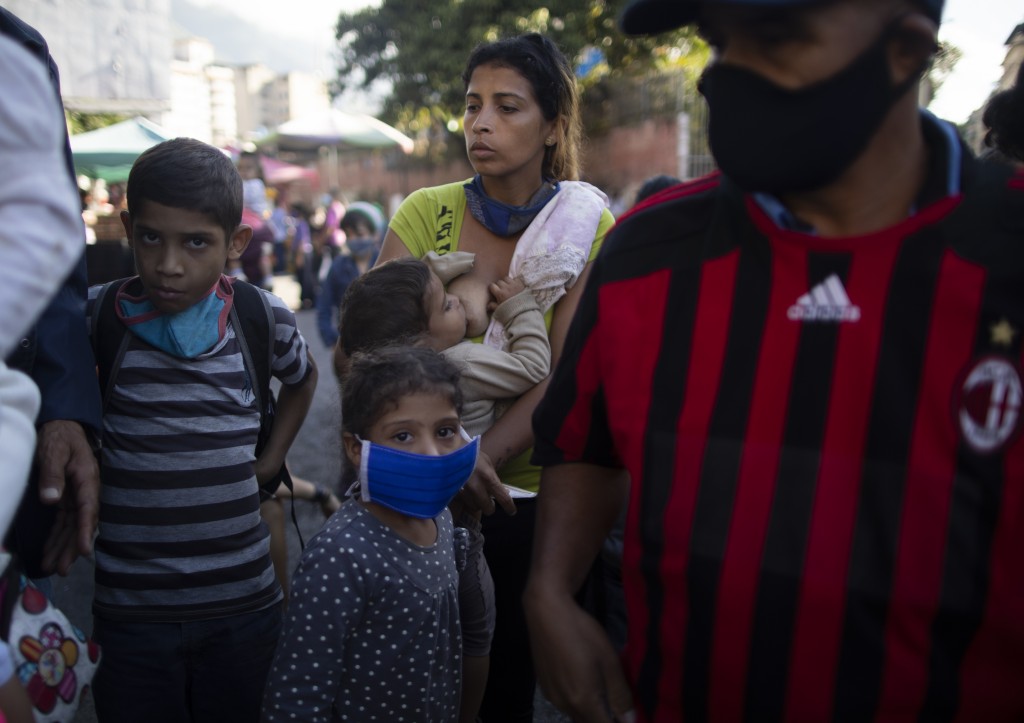 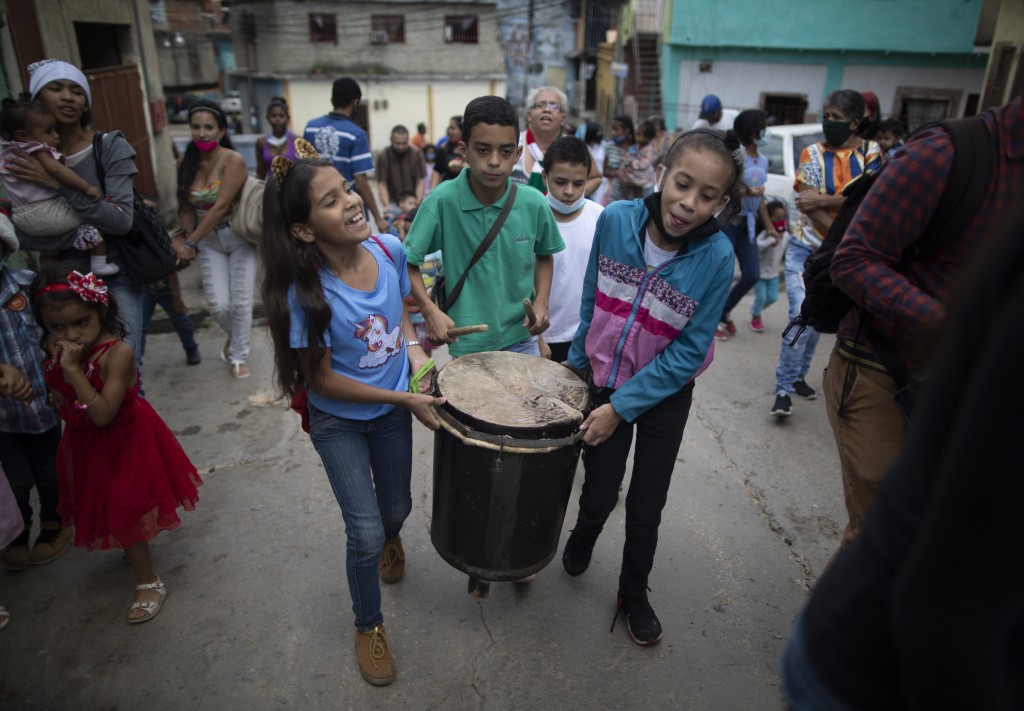 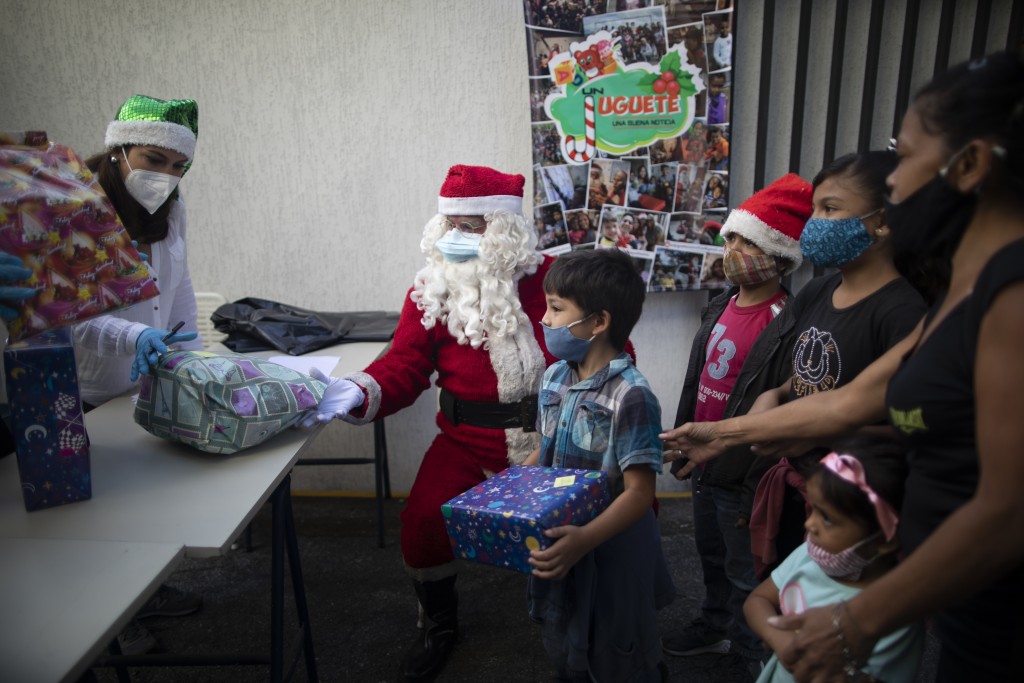 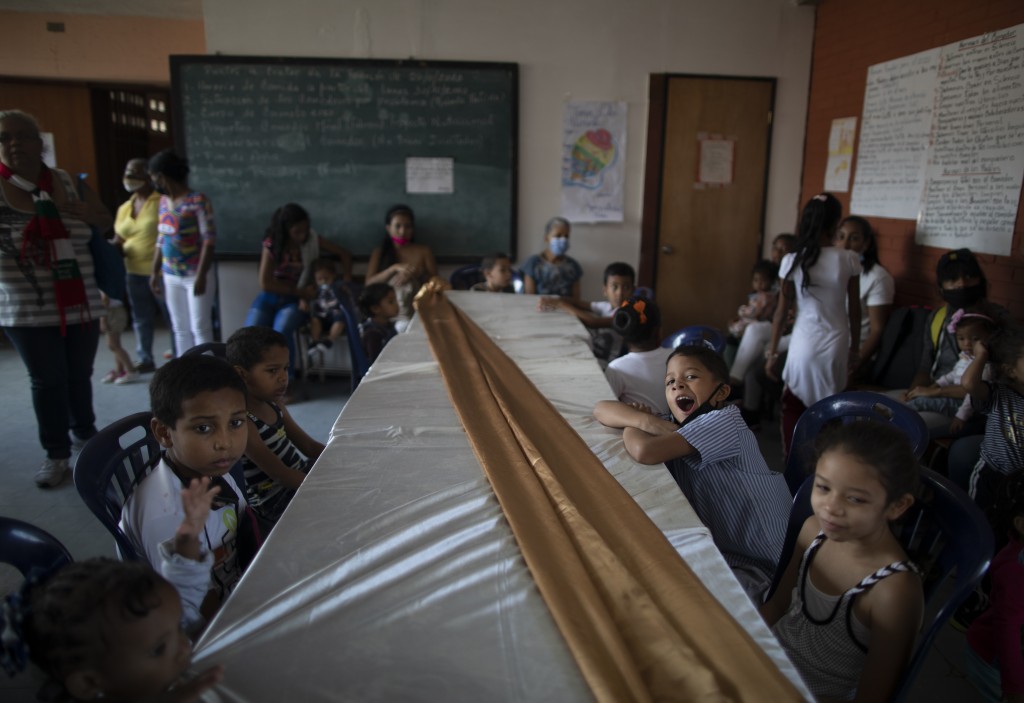 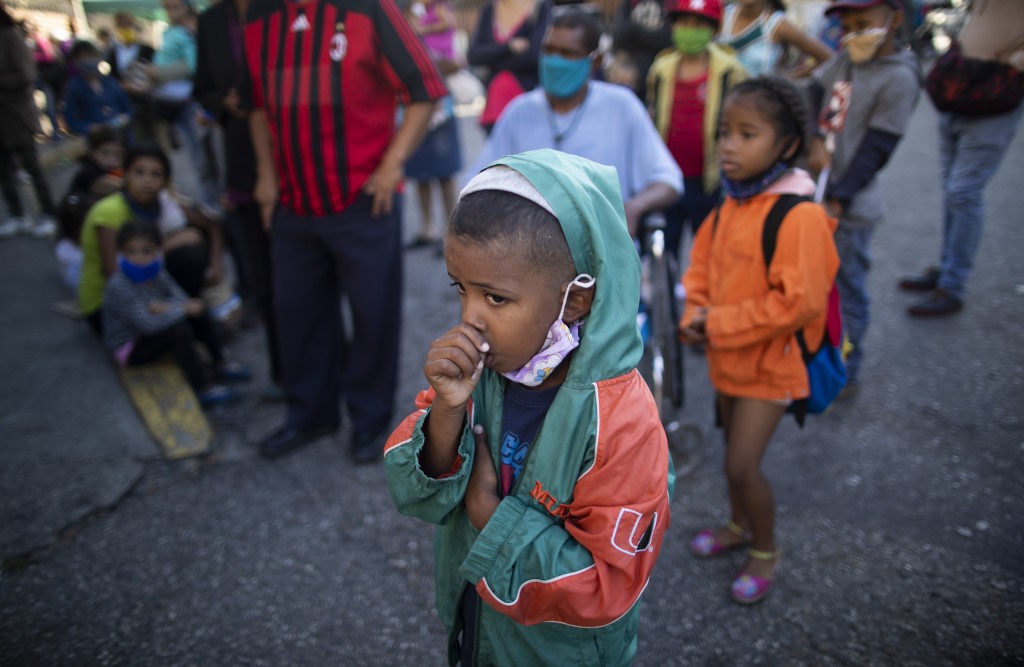 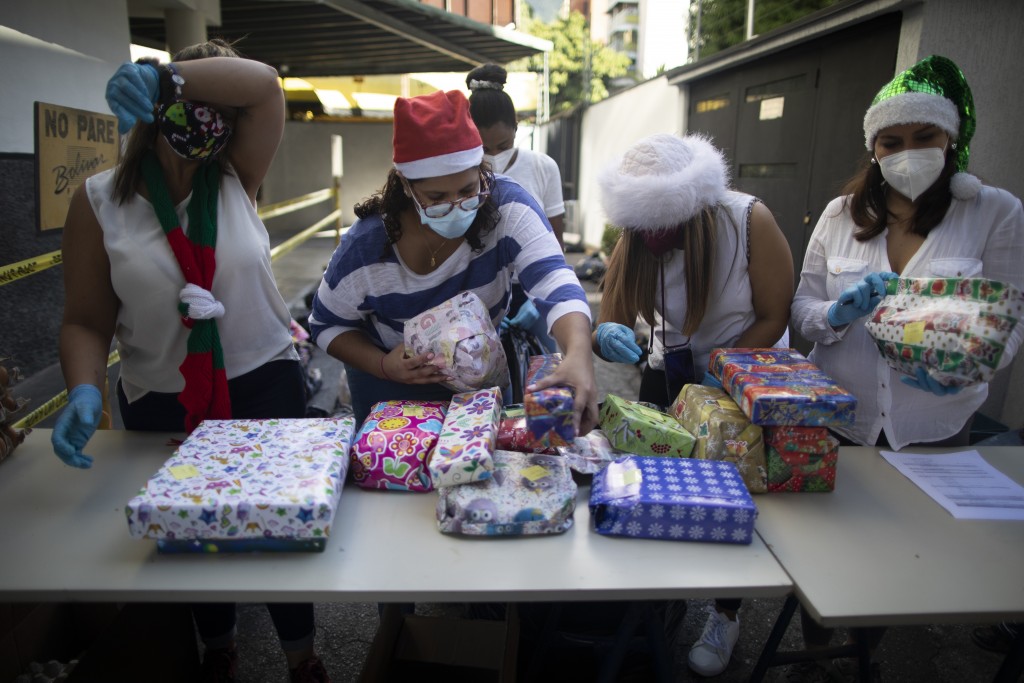 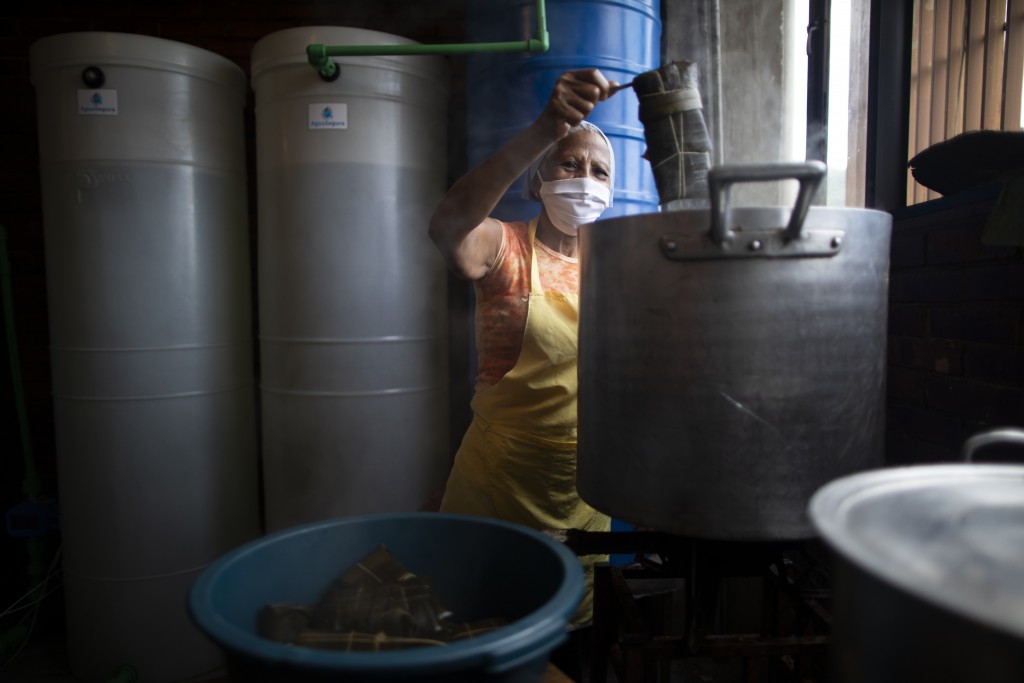 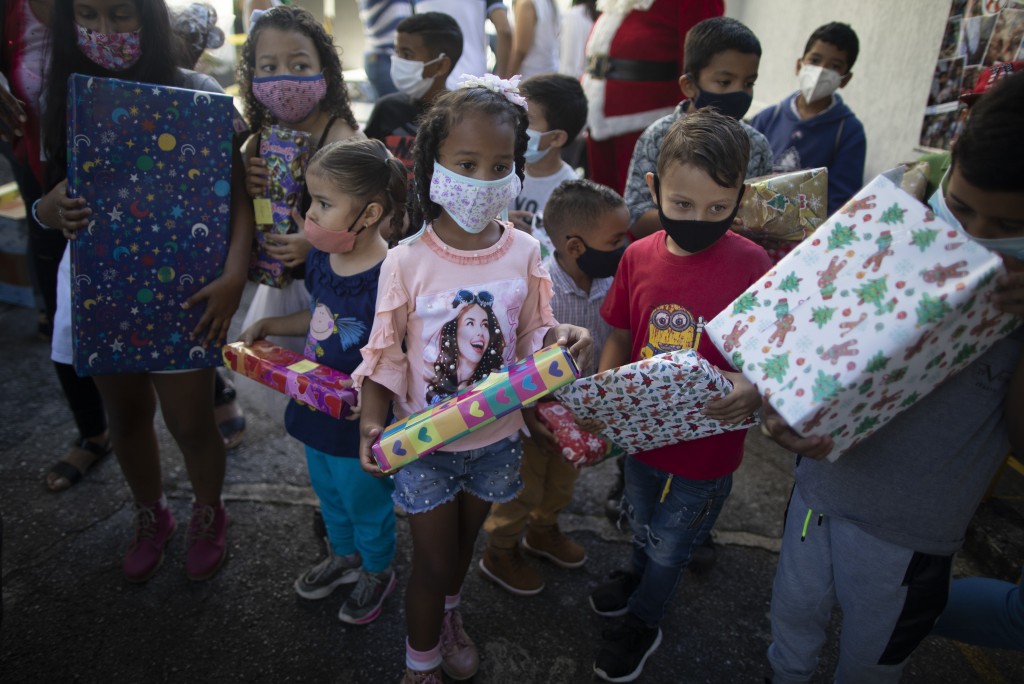 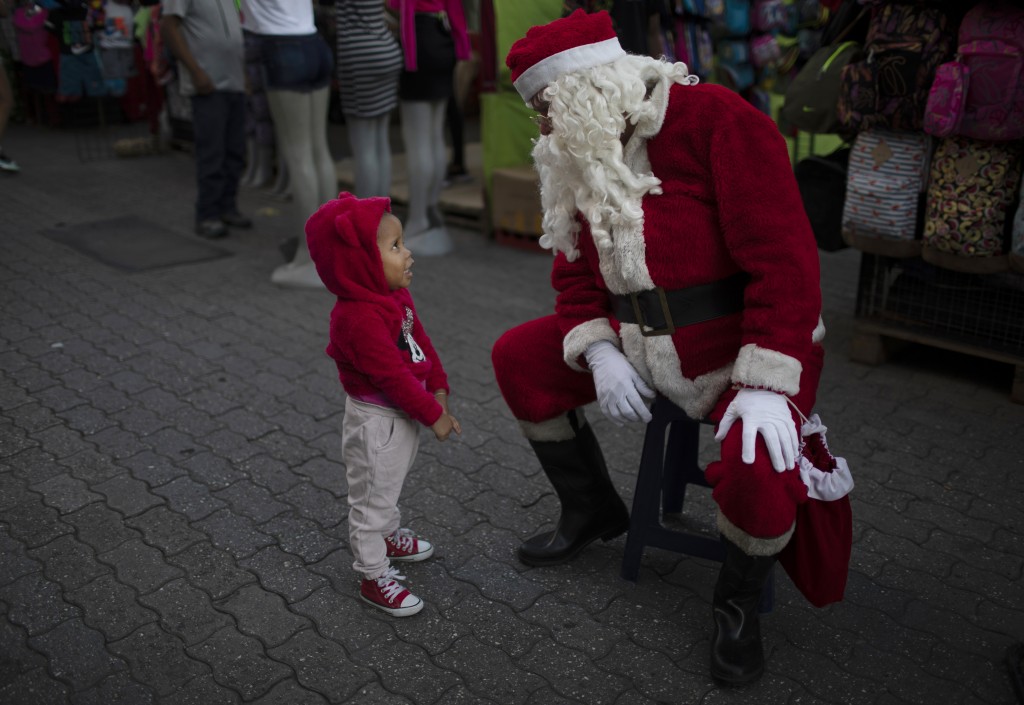 CARACAS, Venezuela (AP) — It is an old tradition in Venezuela to help those in need at Christmas, donating toys, food and clothes. But the economic crisis that has battered the once wealthy oil nation has many families struggling just to put something on their own tables during the holidays — even when they have jobs.

With wages eroded by triple digit inflation, Christmas bonuses no longer allow Venezuelans to buy gifts, clothes or even traditional holiday foods like the “hallaca,” a corn pie wrapped in plantain leaves.

“You work all year to buy something for your children, and with the bonus you can’t buy them anything. It’s like there’s no Christmas anymore,” said Marlei Lopez, a nurse who lives in a working class neighborhood of Caracas.

Lopez’s salary doesn’t even cover her basic needs. She sends her children to a local food pantry for lunch. She volunteers there during her free time and helps make meals for 100 children.

According to the World Food Program, one of every three Venezuelans is struggling to consume enough daily calories. Most people still working earn less than the equivalent of $2 a month.

Lopez said she received a Christmas bonus of just under 3.2 million bolivares. That’s less than $2.40 at the current exchange rate, and only enabled her to buy a kilo of corn flour and a few grams of butter.

The crisis has hit children, women and the elderly particularly hard and charitable groups are working hard to keep the Christmas spirit alive.

Angeles Lopez said her church in a middle class neighborhood of the capital is providing free meals every weekend to the poor. On Saturday, church members gave out donated toys -- some of them used – to children who regularly eat at its soup kitchen.

“People are going hungry. And this year we have also noticed there is a great need for clothing,” Lopez said. “We’re happy that we were able to gather some toys to please the children.”

Many Venezuelans are finding the country’s traditional Christmas hallaca out of reach.

The corn pie contains minced beef, pork, olives, raisins and a few slices of onion and red peppers. Some of these ingredients are imported and are now sold mostly for U.S. dollars by stores and market stalls, making them almost impossible for a Venezuelan on a regular wage to afford. Even domestic onions cost around 2.7 million bolivares for a kilo, or 2.2 pounds.

“Most people cannot afford that. They can’t make an hallaca any longer,” retiree Rosa Montilla said as she heated up hallacas at a soup kitchen run by Somos Panas, a non-profit group that is organizing Christmas meals for children.

“We cook for 100 children here each day,” she said. “Can you imagine what their parents would do if they didn’t have this soup kitchen?”

Montilla said she has to scrimp herself despite having her own pension from her career as a nurse and the pension of her late husband. Together, they are worth less than $1 each month.

President Nicolas Maduro says his socialist government is selling ingredients for Christmas meals at “fair prices," but many people worry there will not be enough of the subsidized goods to go around. Last year protests broke out in some neighborhoods over problems in obtaining pork legs that the government had promised at low prices as well as the distribution by state social programs of less appealing cuts of pork.

Amid this somber panorama, some men walk around Caracas dressed as Santa Claus in an effort to make children smile.

“I have been biking all over the city,” said Antonio Prieto, a triathlete who has been dressing up as Santa Claus for 40 years during December.

“Christmas is special for me and for the children and we have to find a way to enjoy it,” he said. “I bike around, I greet children, I see their faces of joy and that brings me a lot of satisfaction.”