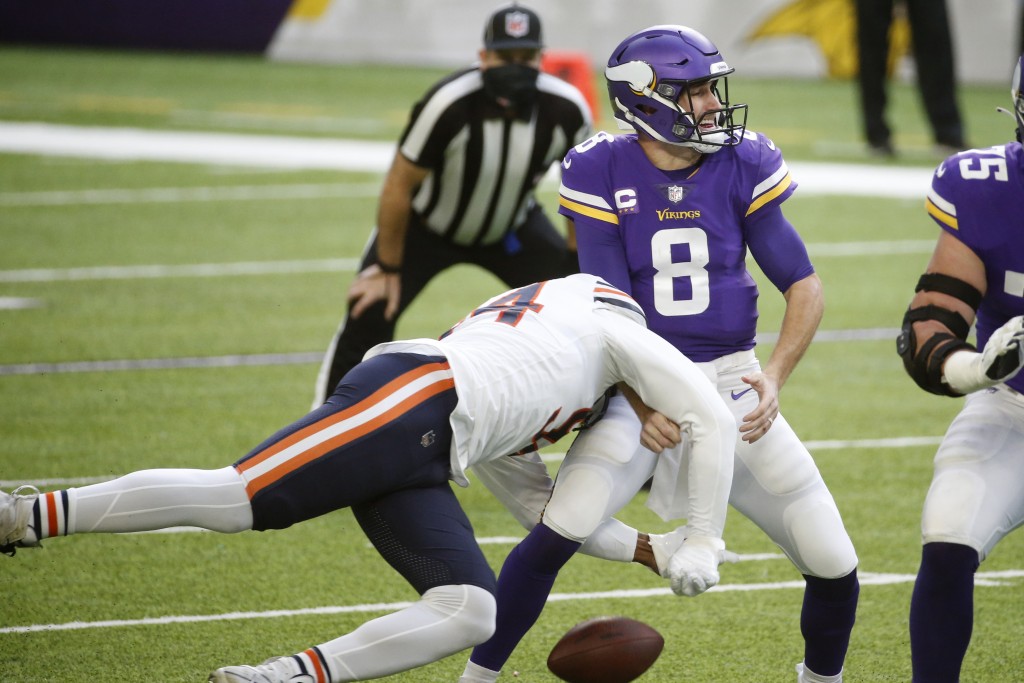 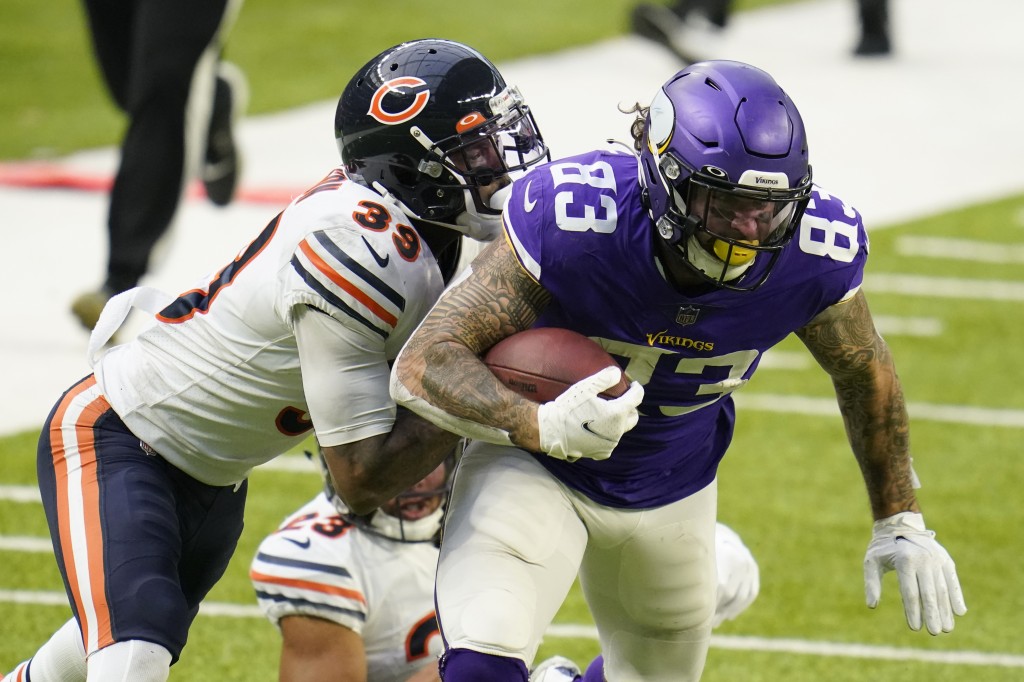 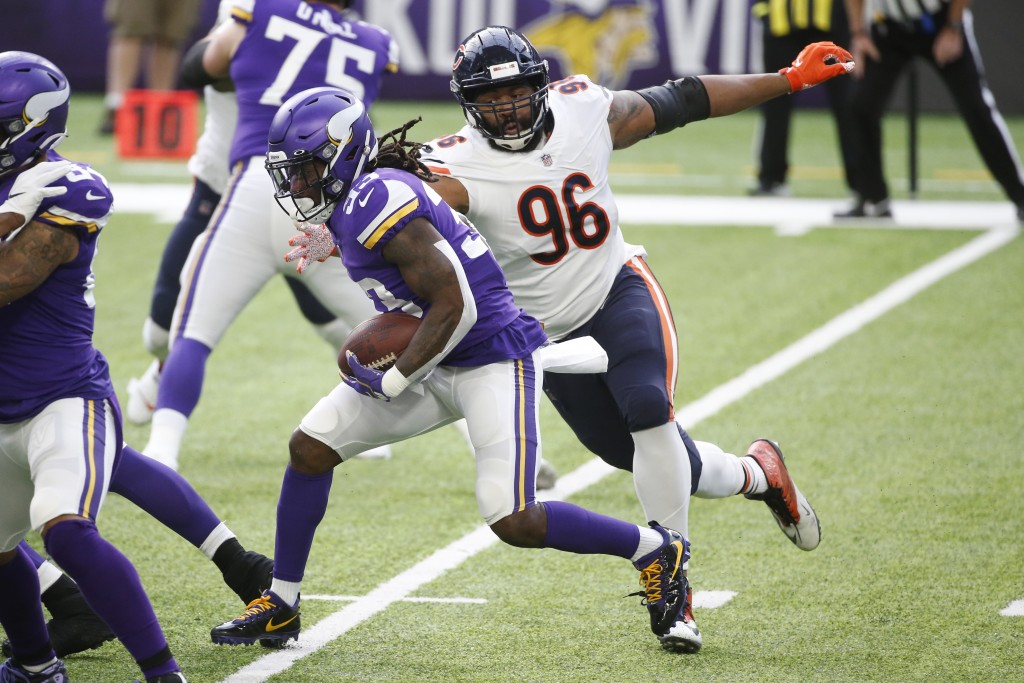 EAGAN, Minn. (AP) — Running back Dalvin Cook and coach Mike Zimmer each bristled at questions regarding key offensive plays that went awry for the Vikings in Sunday’s 33-27 loss to Chicago.

Cook was stopped on a third-and-1 run late in the fourth quarter. The Bears then stopped quarterback Kirk Cousins’ rollout on fourth down, pressuring Cousins and covering tight end Tyler Conklin as the outlet receiver. Twice on Sunday, Minnesota was stopped on fourth-and-1 deep inside its own territory.

With a retooled, inexperienced defense being exploited by opponents this season, the Vikings have needed their offense to be nearly perfect. The margin for error has been slim.

Such was the case Sunday.

Then came the Vikings’ ill-fated plays on third and fourth down, turning the ball over on downs in a span of just 1:03.

“That’s a hard question to answer,” Zimmer said when asked about the shortcomings on the drive. “What’s the difference between that drive and the drive before when we went down and scored? It’s just football.”

Unfortunately, with a defense bleeding points and yards, Minnesota needed its offense to pick up the slack.

The Vikings are tied for fourth in the NFL this season, averaging 6.1 yards per play. They’re fifth in total offense and fifth in red zone offense. Minnesota is averaging 25.7 points per game, it’s most in a season 2009.

Yet, the Vikings (6-8) were likely knocked out of playoff contention in a loss Sunday in which they tallied 27 points and 407 yards. When Minnesota’s defense finally made a stop, the offense couldn’t finish drives.

A week after trampling Tampa Bay’s No. 1 run defense, Cook ran for 132 yards, the most for a single rusher against Chicago this season.

Cook has 1,484 yards rushing this season, second in the league to Derrick Henry’s 1,679 yards. Cook is the third Vikings player to rush for more than 1,400 yards in a season, joining Adrian Peterson and Robert Smith.

Another week Minnesota was unable to generate much pressure on the opposing quarterback. Chicago’s Mitchell Trubisky was sacked once and the Vikings are now 26th in the league with just 22 sacks this season.

Dan Bailey had missed three extra-point attempts and four field-goal attempts the previous two weeks, leading to some question whether he would remain the team’s kicker. Bailey rewarded Zimmer’s trust with a perfect day.

Bailey made all three extra-point attempts and hit field goals of 24 and 22 yards.

The Bears ran for 199 yards Sunday and much of running back David Montgomery’s 146 yards came between the tackles. Nose tackle Shamar Stephen is the key man in the middle for Minnesota, particularly with Michael Pierce out for the season after opting out.

Minnesota kicks off Week 16 in the league with a game at New Orleans (10-4) on Christmas Day. The Vikings have one win against a team with a winning record this season, Week 8 at Green Bay. Any lingering hopes of a playoff berth would require wins against New Orleans and Detroit in the final week, with help from Arizona and Chicago.