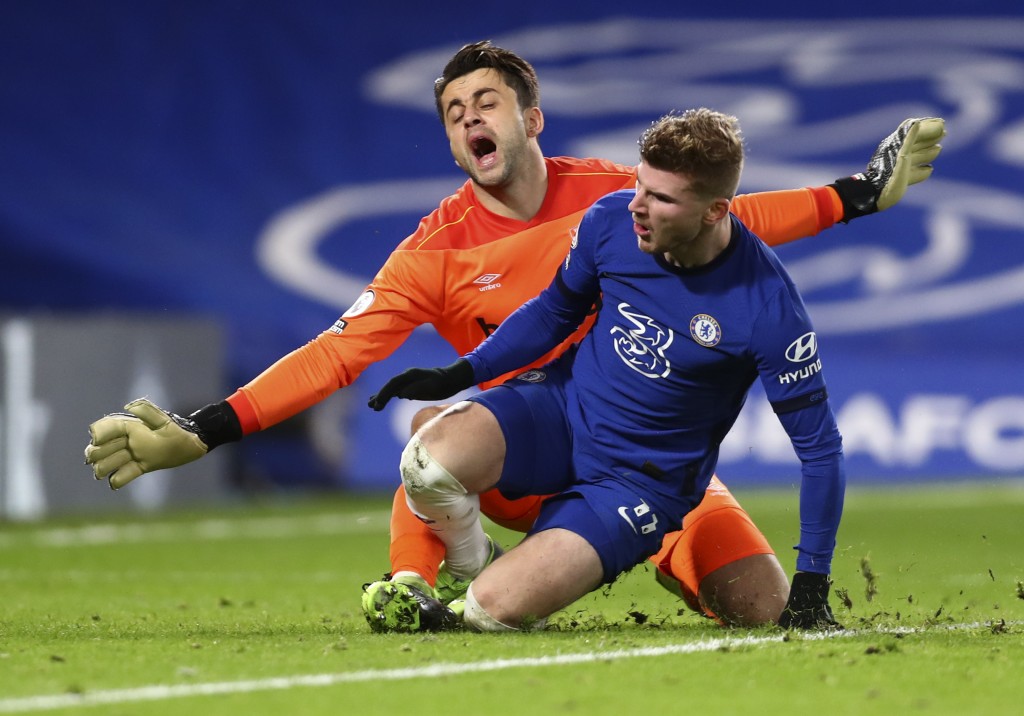 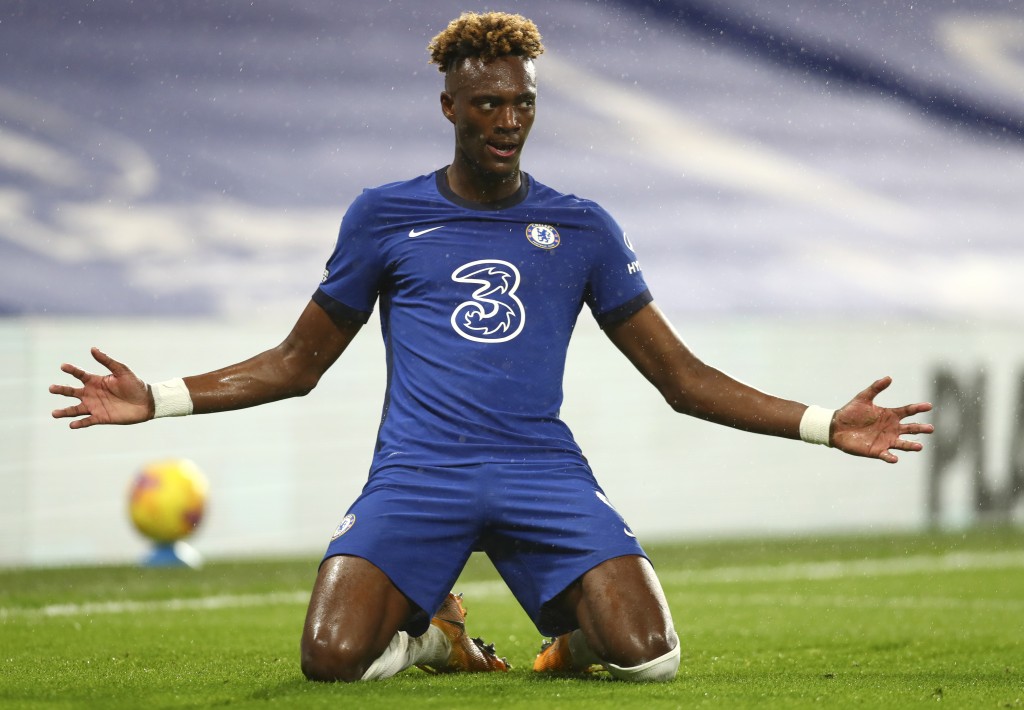 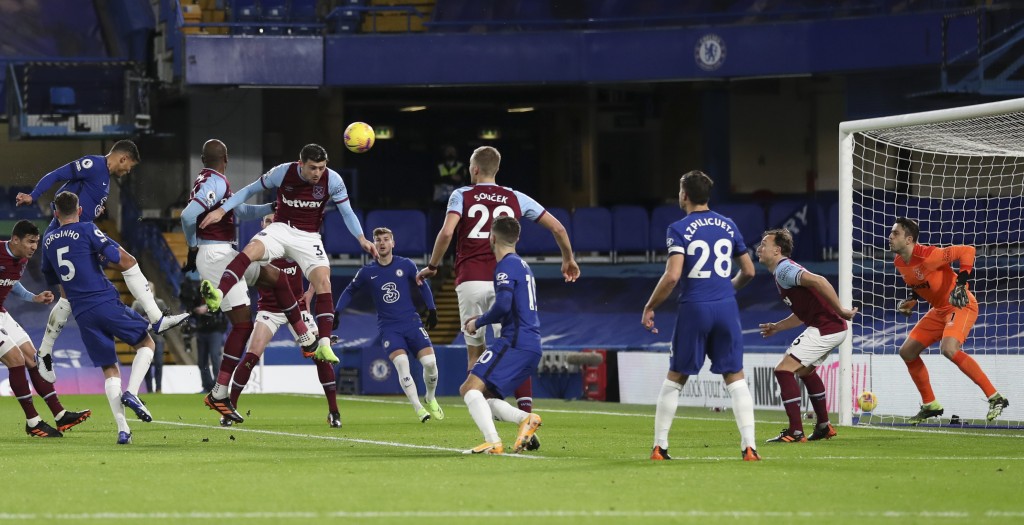 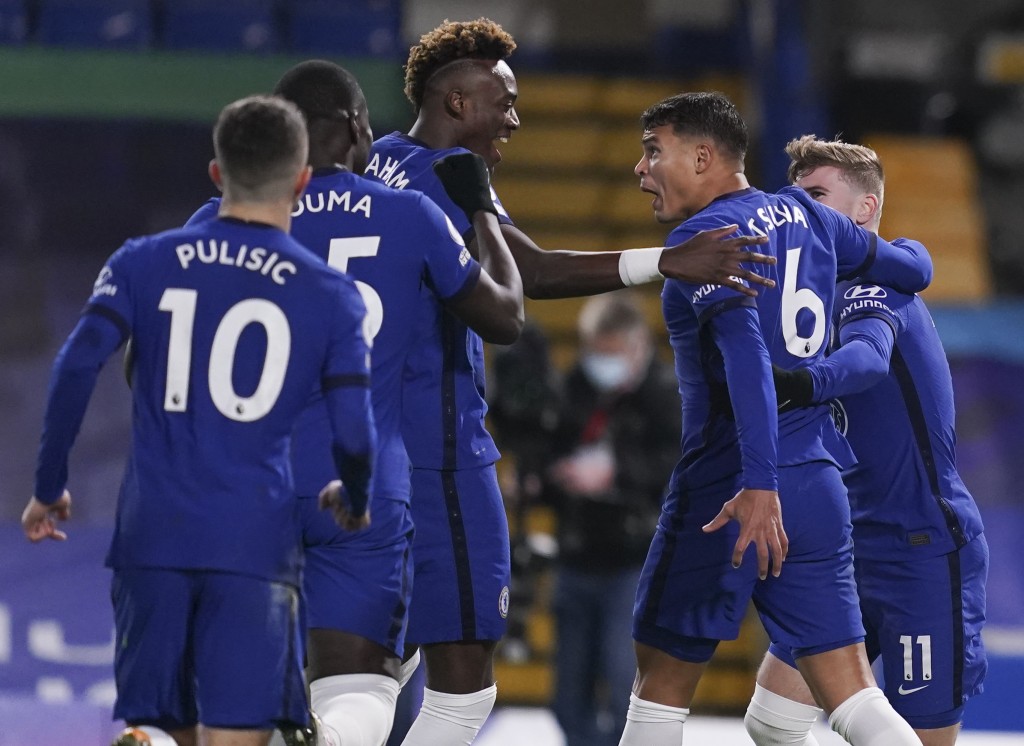 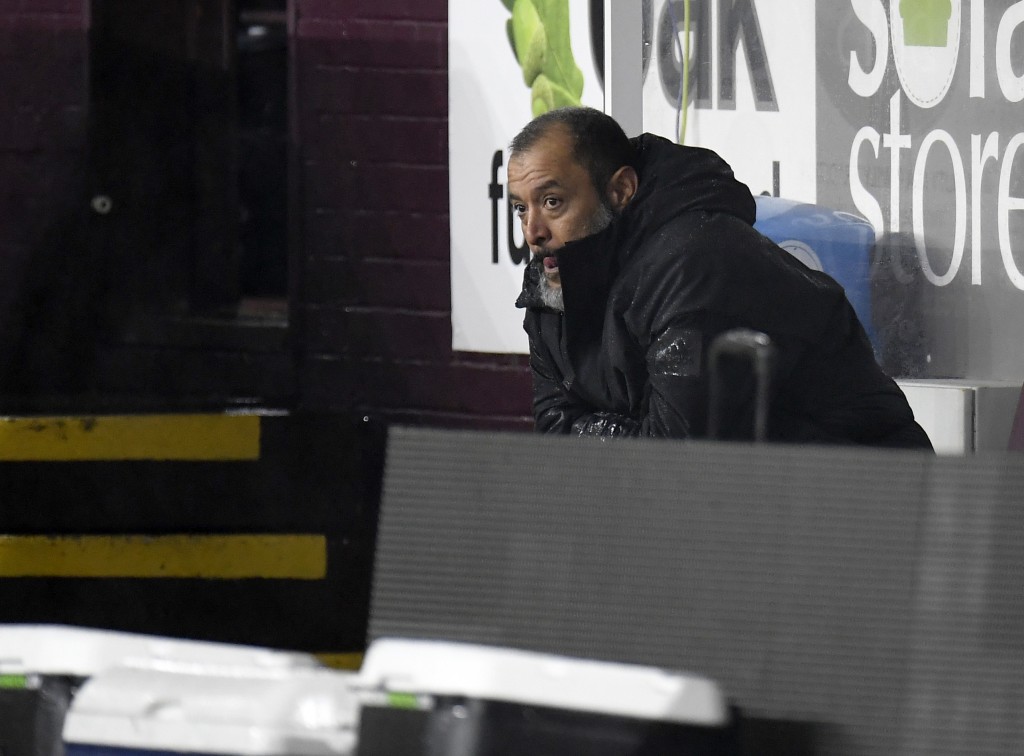 Try as he might, Timo Werner just cannot score for Chelsea at the moment.

Fortunately for the Germany star, his fellow strikers are finding the net.

It meant the team rebounded from back-to-back losses, at Everton then Wolverhampton, which provided a walk-up call for Chelsea and its title pretensions.

Make that nine straight games in all competitions without a goal for Chelsea’s major offseason acquisition, who is playing out on the left wing because of some injuries among the midfielders.

He is still getting chances, however. And failing to convert them.

In the first half, he was set free for a one-on-one chance but shot straight at West Ham goalkeeper Lukasz Fabianski. Then late in the game, with the points secured for Chelsea, he smashed a shot against the crossbar from close range.

Werner looked to the skies, as if he was pleading for help.

Abraham, meanwhile, scored twice on his return to the team as he replaced Olivier Giroud, the France striker who had seven goals in Chelsea's previous seven games.

One of Abraham's goals, which came in the 78th and 80th minutes, came from a shot — albeit a weak one — from Werner that the England international did well to turn in from close range.

The majority of Chelsea’s $300 million summer spending spree went on exciting attackers, like Werner, to fire the team to a title run.

But the team’s defenders are proving just as lethal in front of goal.

Brazil center back Thiago Silva found space in a crowded penalty area to power home a header at a corner and put Chelsea ahead in the 10th minute.

Nine of Chelsea’s 29 goals have come from defenders — two from Silva, four from fellow center half Kurt Zouma, two from left back Ben Chilwell and another from right back Reece James — with eight of them coming from corners.

“There was a little bit of tension going into the game — I thought the players were like that in training — and they had to fight through it,” Chelsea manager Frank Lampard said.

For all of West Ham's pressure in the second half, the east London side didn’t manage a single shot on target at Stamford Bridge.

Wolverhampton manager Nuno Espirito Santo saw his team lose in the rain at Burnley 2-1 — then turned his fire on the referee.

Nuno faces being punished for a post-match rant, during which he said referee Lee Mason “does not have the quality to whistle a game in the Premier League.”

It came after Wolves were sunk by close-range goals from Burnley strikers Ashley Barnes and Chris Wood. Fabio Silva replied for Wolves with an 89th-minute penalty.

“I just don’t want to see him more — that’s what I told him,” Nuno said about Mason. “I hope he doesn’t whistle a game of ours again because all the games we have with Lee Mason are always the same."

Burnley climbed out of the bottom three with its third win of the season, and is unbeaten in four games.