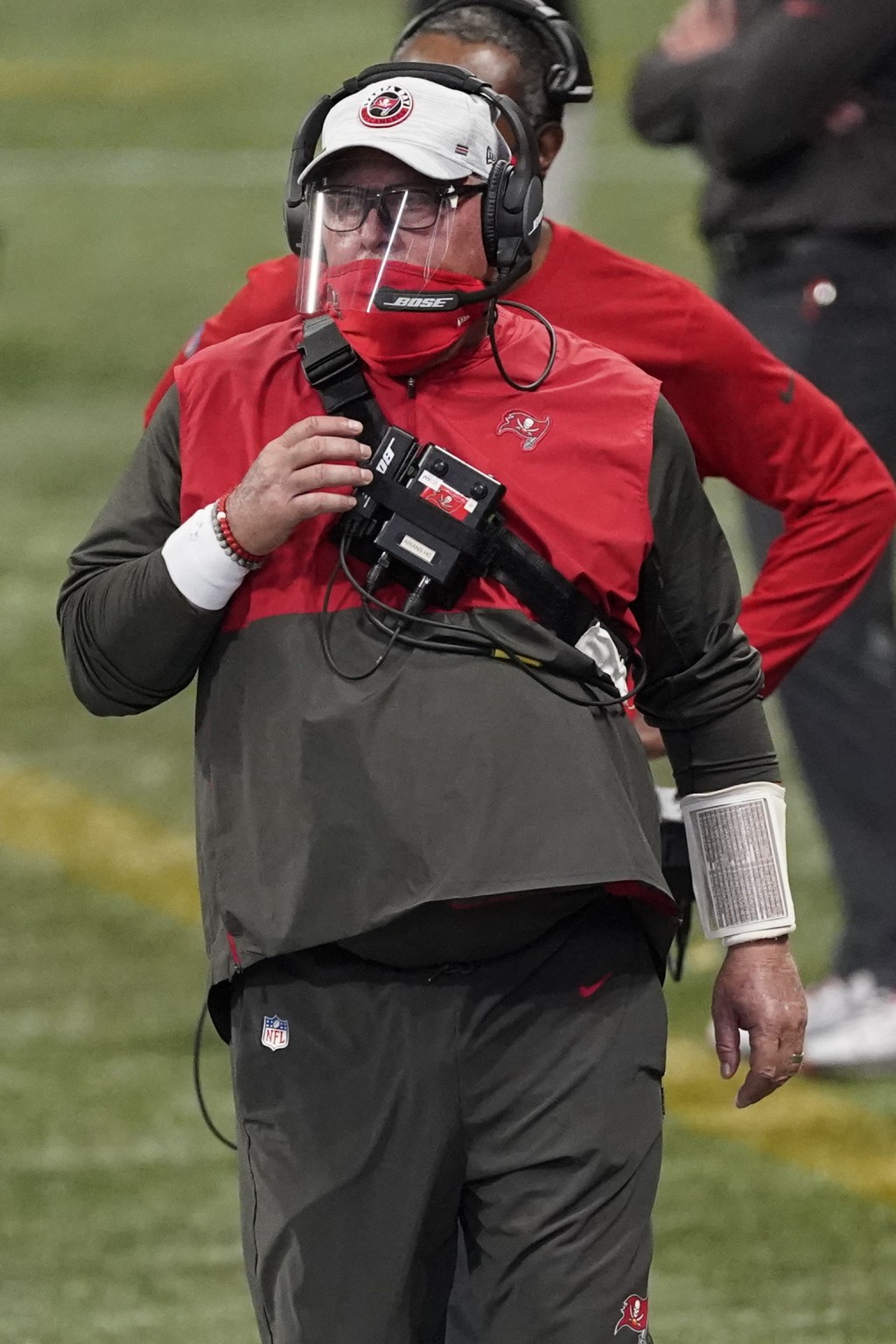 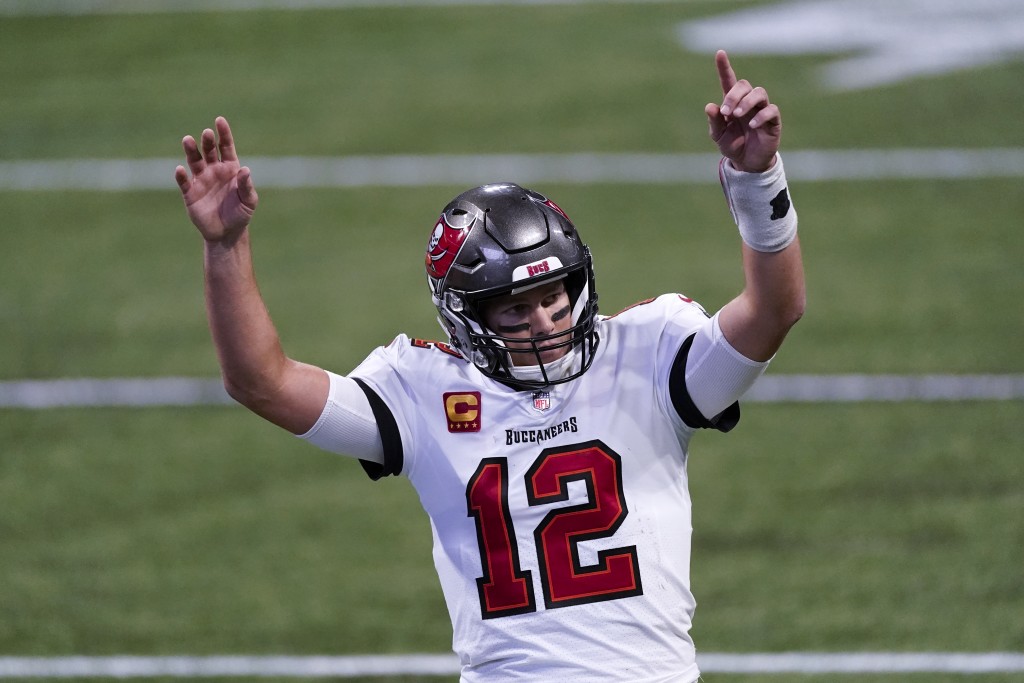 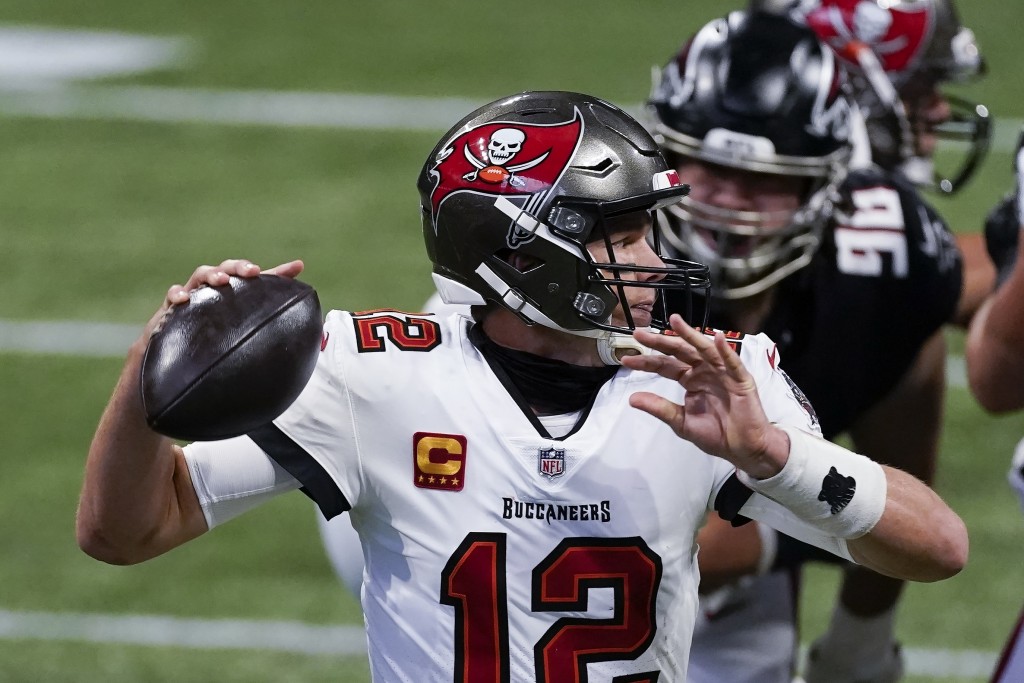 TAMPA, Fla. (AP) — For one half the Tampa Bay Buccaneers look like playoff pretenders, the next they resemble Super Bowl contenders.

Bruce Arians is as baffled as anyone by his team’s puzzling slow starts, inconsistency the coach says has and will continue to haunt them against stronger competition.

The Bucs (9-5) assured themselves of their first winning season since 2010, rallying from a 17-point second-half deficit to beat the Atlanta Falcons and move closer to Tampa Bay's first playoff berth in 13 years.

One more win and the Bucs are in.

Tom Brady came to the rescue, throwing for 320 yards after halftime to lead yet another double-digit comeback against the Falcons, who’ve never beaten the six-time Super Bowl champion.

The reality, though, is Tampa Bay hasn’t fared nearly as well this season in bids to overcome slow starts against opponents they could potentially face again in the postseason.

“That’s what I talked to them (about),” Arians said after Sunday’s 31-27 victory at Atlanta.

“We lost to the Chiefs and the Rams by three, both of those games spotting them (points) and playing this way,” Arians added. “You’re not going to beat those good teams playing this way.”

The Bucs have been outscored 59-7 in the first quarter of their past six games.

“We’re going to have to figure out how to play our best for 60 minutes as opposed to 30,” Brady said.

The coach is not sure what the Bucs can try to do differently to avoid slow starts moving forward.

“It’s almost like, ‘Quit talking about it and maybe it will change,’” Arians said.

Brady led scoring drives on five straight possessions to begin the second half against the Falcons, finishing with a season-best 390 yards passing and two touchdowns without a turnover. Tampa Bay also finished with just one penalty for 10 yards.

“Our discipline is paying off for us,” Arians said. “We do dig holes, but we stay disciplined and we find ways to win.”

With Ronald Jones out, the Bucs averaged just 2.8 yards per carry rushing, gaining 51 yards on 18 attempts. Leonard Fournette led the way with 49 yards on 14 carries, but did score on a pair of 1-yard runs.

Receiver Antonio Brown had five catches for a season-high 93 yards and scored his first touchdown since joining the Bucs after serving an eight-game suspension for violating the NFL’s personal conduct policy.

Although the defense stiffened in the second half against Atlanta, Arians was not happy with the way the unit began the game, or allowed the Falcons to drive 75 yards to reopen a 17-point lead after Brady got the offense on track early in the third quarter.

1 — victory needed to finish with double-digit wins for the first time since 2010, when the Bucs went 10-6 but did not make the playoffs.

The Bucs can clinch a playoff spot by winning at Detroit on Saturday.