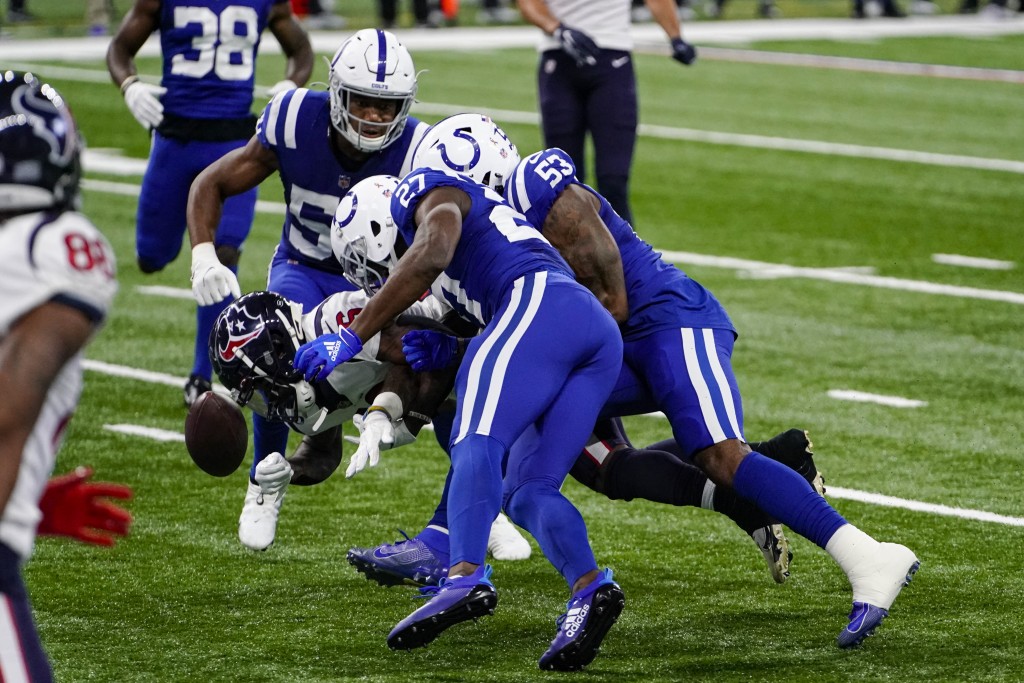 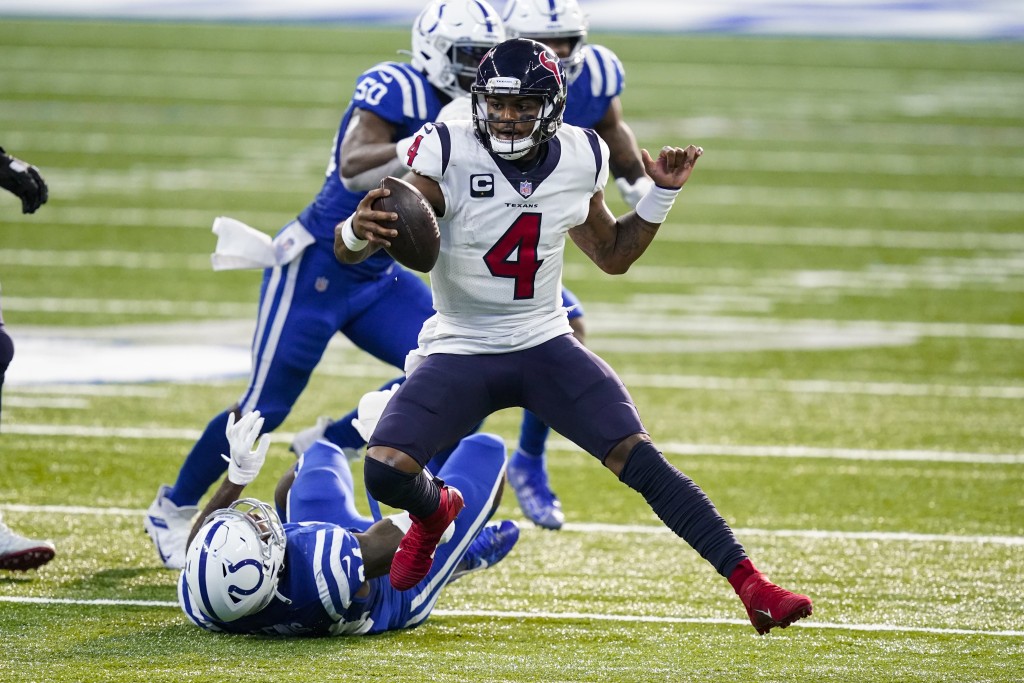 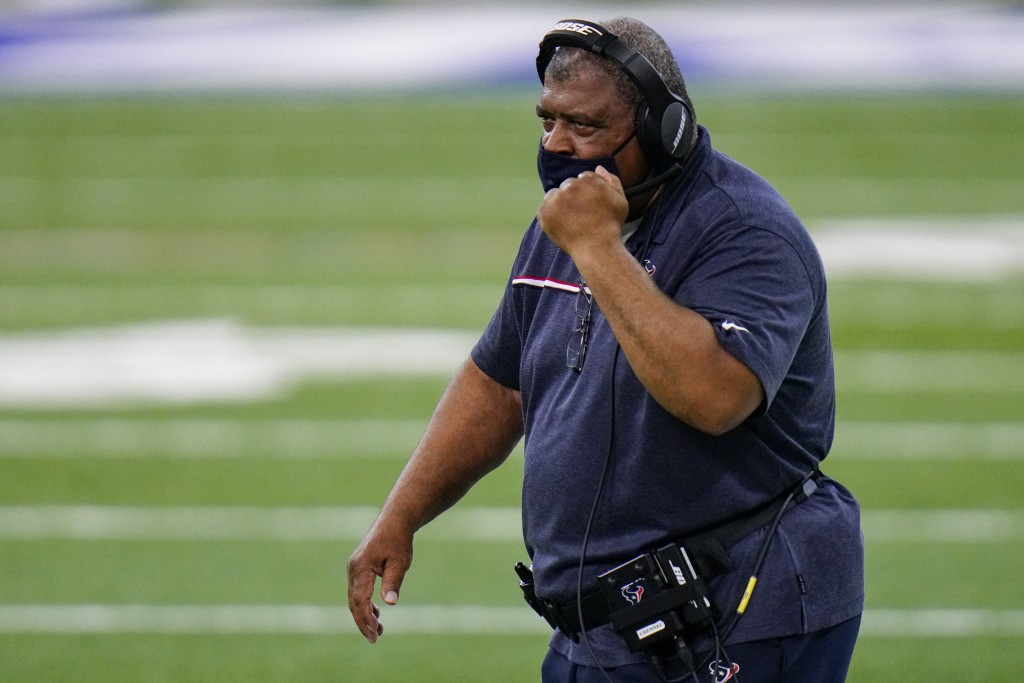 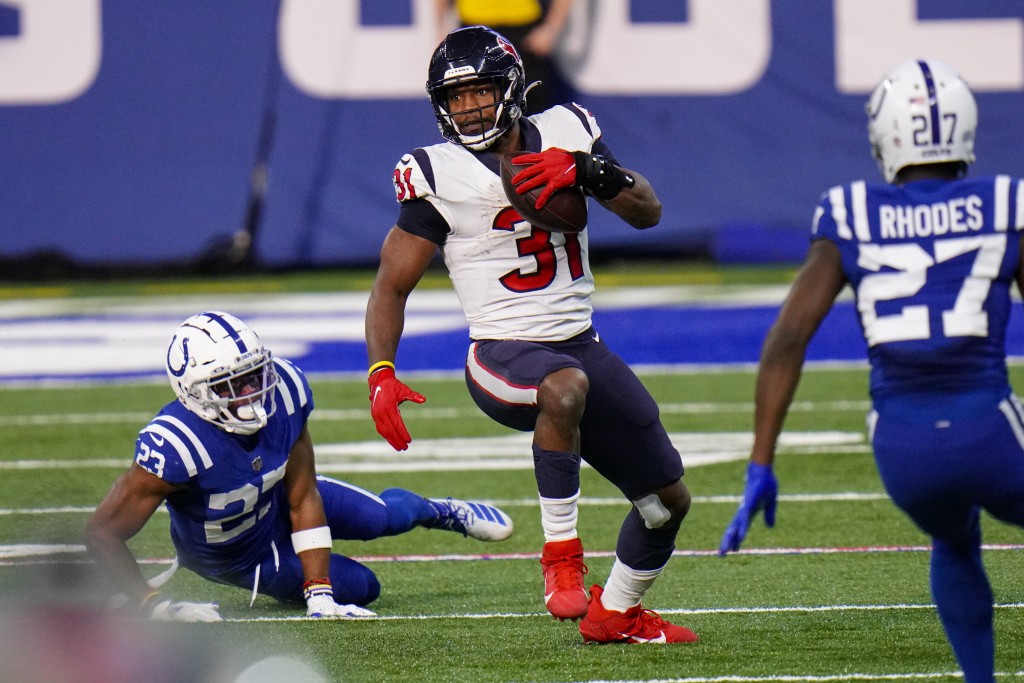 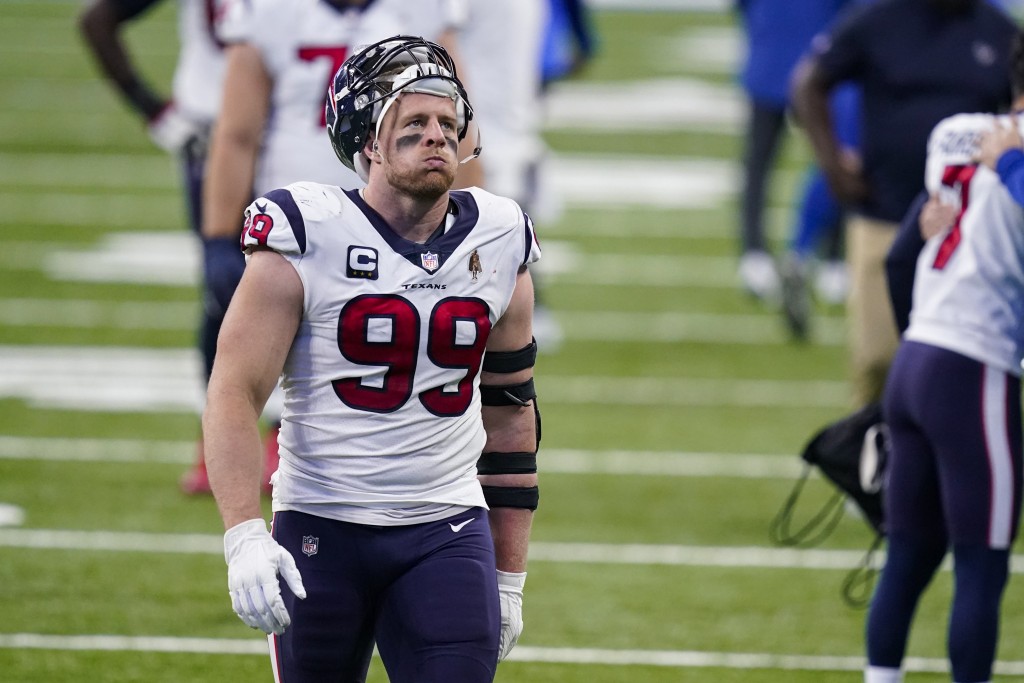 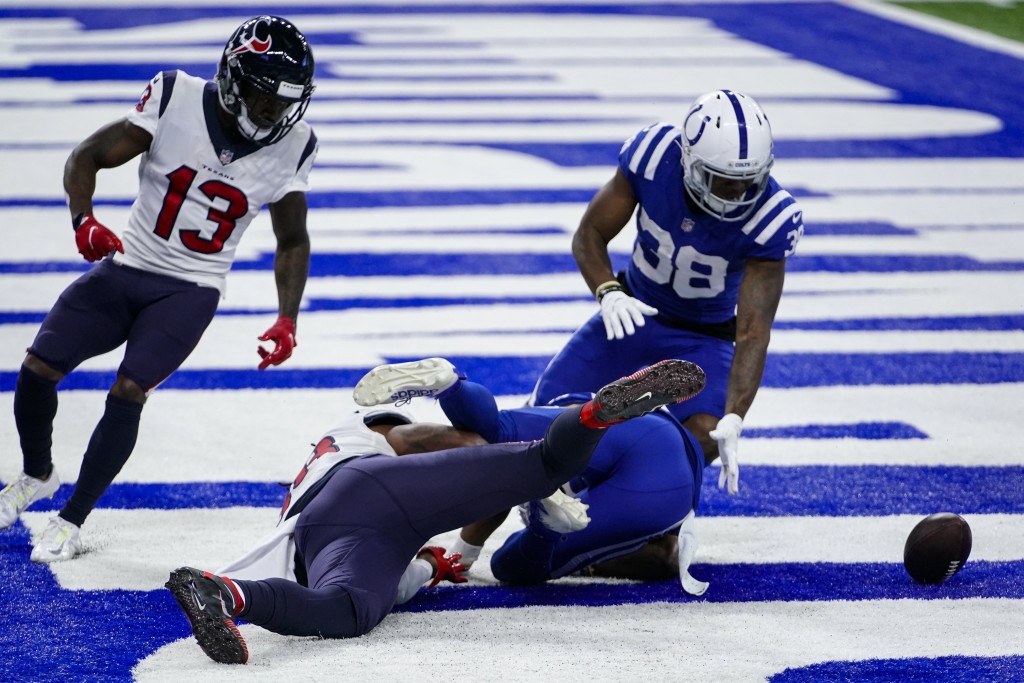 HOUSTON (AP) — For the second time in three weeks, the Houston Texans suffered a crushing loss to the Indianapolis Colts.

Now they must try and regroup to end their three-game skid when they host slumping Cincinnati next week.

In the first game against the Colts on Dec. 6, Houston had a chance to take the lead with about 90 seconds left with the ball at the Colts 2. But Deshaun Watson fumbled a low snap from center Nick Martin and Anthony Walker pounced on it to secure Indy’s 26-20 victory.

On Sunday, the Texans had a chance to tie it with 19 seconds left when Keke Coutee grabbed a pass from Watson, but Darius Leonard knocked the ball out before he could cross the goal line. Just as they did in the first game, the Colts recovered this fumble and it sealed their 27-20 win.

“He was fighting to try to get into the end zone, and he just couldn’t get it tucked away before it got punched out,” interim coach Romeo Crennel said.

Despite the mistake, Watson and Crennel were quick to point out that the Texans (4-10) probably wouldn’t have been in position to tie the game if not for Coutee’s work earlier in the game. The third-year receiver had a 9-yard touchdown grab that tied it with about 7½ minutes left.

Watson made sure to let Coutee know that he was there for him after yet another tough loss in this difficult season. It was easy for Watson to feel Coutee’s pain after he was in his shoes after the first loss to the Colts.

“I just told him to keep his head up because he was one of the guys from the last time two weeks ago where he came over and made sure I was in good spirits too — me and Nick,“ Watson said. “You have to share the love.“

Watson continues to lead the team with his stellar play. He ranks second in the NFL with 4,134 yards passing and has thrown a career-high 27 touchdown passes. Watson threw for a season-high 373 yards on Sunday for his eighth 300-yard game this season. He has thrown for 300 yards or more 18 times in his career, which ranks second in franchise history.

“He prepares for the game, studies the game plan, he understands what goes into it and then on the field he’s able to perform at a high level,” Crennel said. “Even though there have been changes in personnel and all that, he can still produce.”

Houston has not been able to run effectively all season and ranks last in the NFL by averaging just 86 yards rushing a game. The struggles in the running game have contributed to the team’s problems in the red zone. Houston settled for short field goals on two trips inside the red zone on Sunday when the team was unable to move the ball on the ground.

RB David Johnson couldn't get much going on the ground Sunday, but he led the team by setting career highs with 11 receptions for 106 yards. Johnson has struggled in his first season since coming to Houston in the trade for DeAndre Hopkins, but took advantage of his opportunities against the Colts to join Alvin Kamara as the only running backs in the NFL to have 100 yards receiving in a game this season.

Coutee had fallen out of favor with former coach Bill O'Brien, but has been an important piece of Houston’s offense since star receiver Will Fuller was suspended for violating the league’s policy on performance-enhancers three weeks ago. Despite the mistake, the Texans will continue to rely on him in the next two games with their receiving group thin because of injuries and Fuller’s suspension.

“He’s got to put it behind him,” Crennel said. “I know he doesn’t like it, the fact that the play occurred, but it occurred. You can’t take it back and so you can try to work to improve so that it doesn’t happen again.”

OT Tytus Howard returned to Houston on Monday after staying behind in Indianapolis on Sunday to be checked out at a hospital and spending the night at a hotel after being diagnosed with a concussion.

8 — The Texans have forced just eight turnovers this season, which is the fewest in the NFL.

The Texans must forget about what happened against the Colts as they try to end their skid against the Bengals, another struggling team has lost five in a row entering Monday night’s game against Pittsburgh.

After the Texans were blown out by the Bears last week, Crennel was impressed their effort on Sunday even though they came up short and he expects to see more of that this week.

“They came out and they fought, and they kept playing and we had a chance to win,” Crennel said. “If they will continue to do that these next few weeks, we will see how it falls out, but that gives us the best chance.”