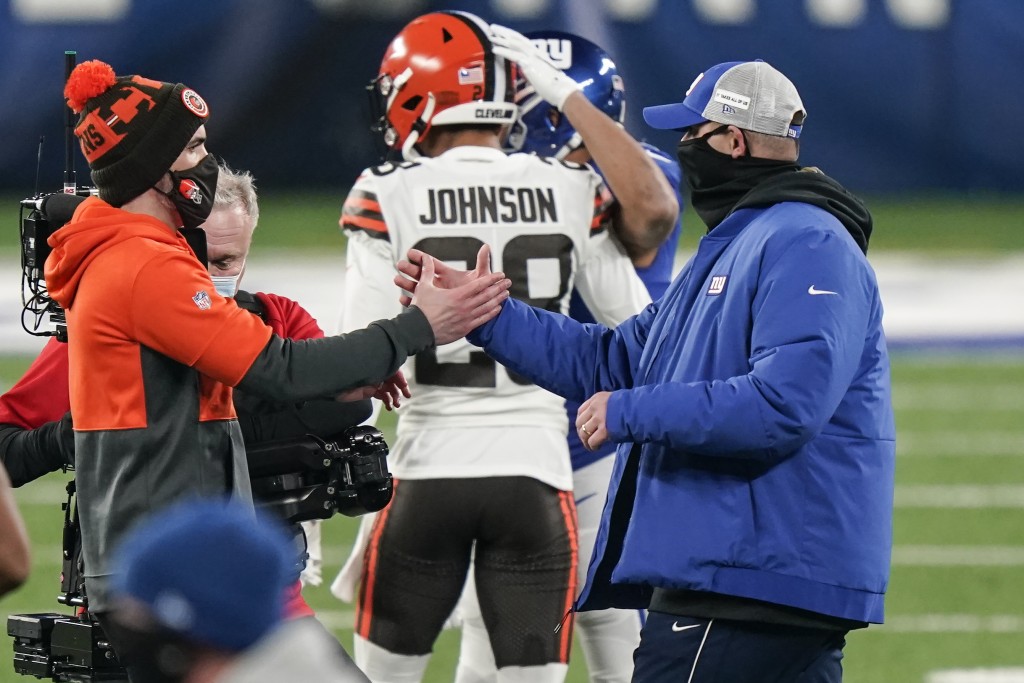 Coach Kevin Stefanski said Hubbard, who was filling in for injured starter Wyatt Teller at right guard, will miss “significant time.” Hubbard got hurt on Cleveland's second offensive play and was replaced by rookie Nick Harris.

Stefanski would not comment on an NFL Network report that Hubbard has torn ligaments, a dislocated kneecap and will undergo surgery.

Hubbard's loss hurts Cleveland's depth up front. He can play guard or tackle and the 29-year-old is among the most well-liked players on the team.

Teller remains sidelined with a sprained ankle and Stefanski doesn't think he'll be back this week as the Browns play the New York Jets.

Harris, a fifth-round pick from Washington, came through in a pinch and played well after Hubbard went down.

“It felt good to get out there and run around," said Harris, who had only taken one offensive snap this season before going in. "I didn't even have time to think.”