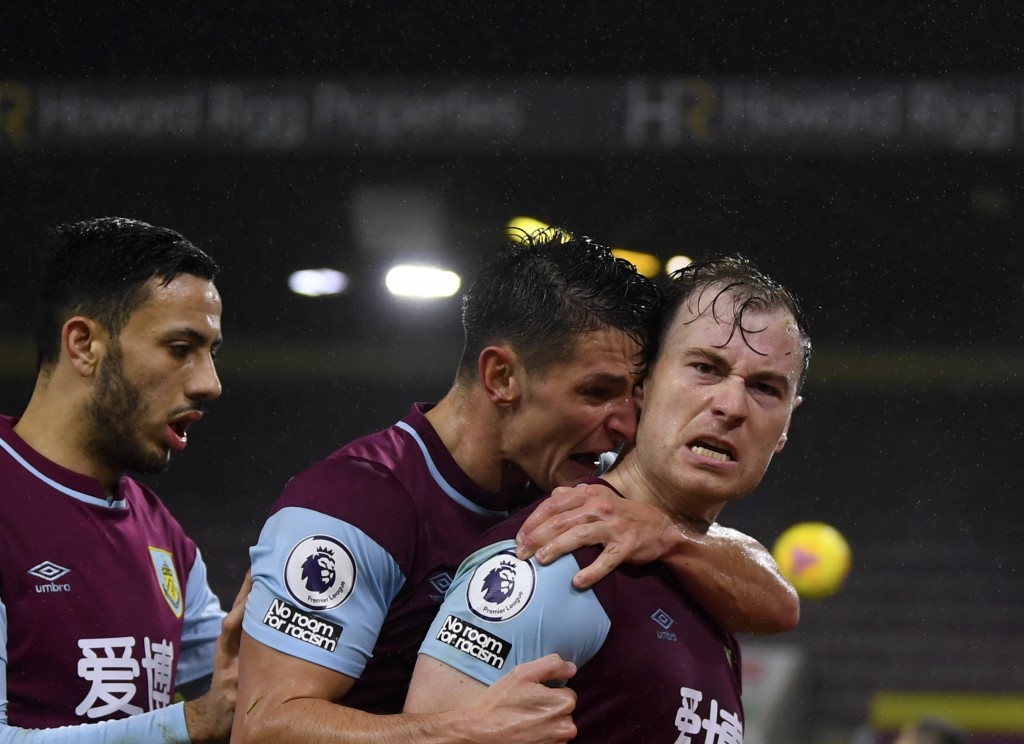 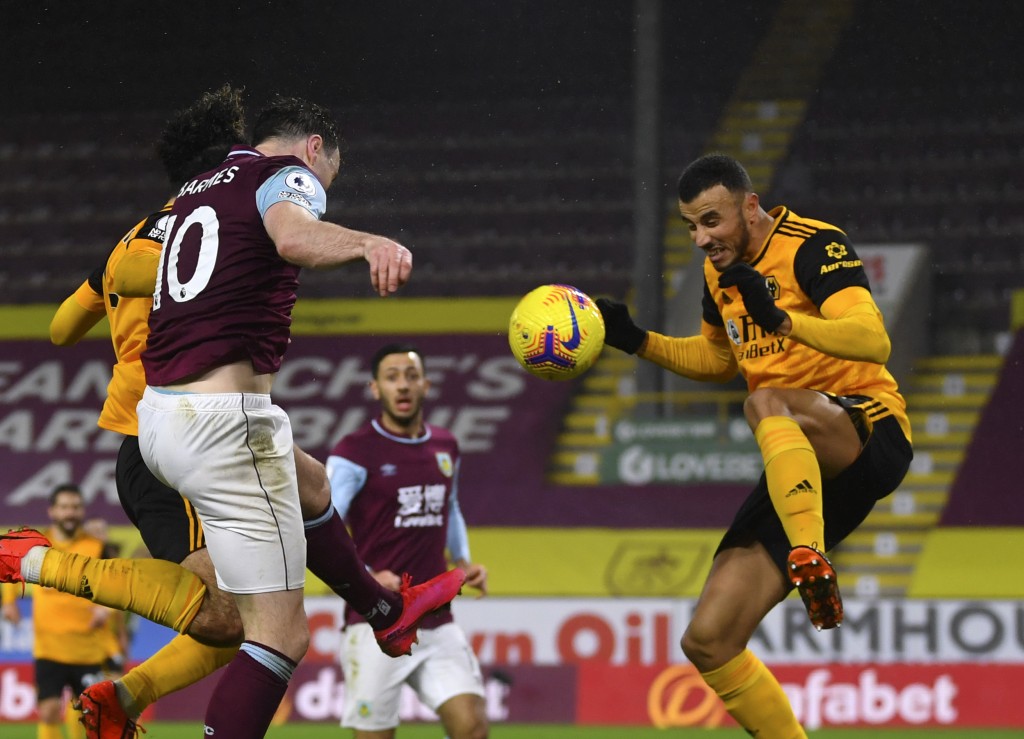 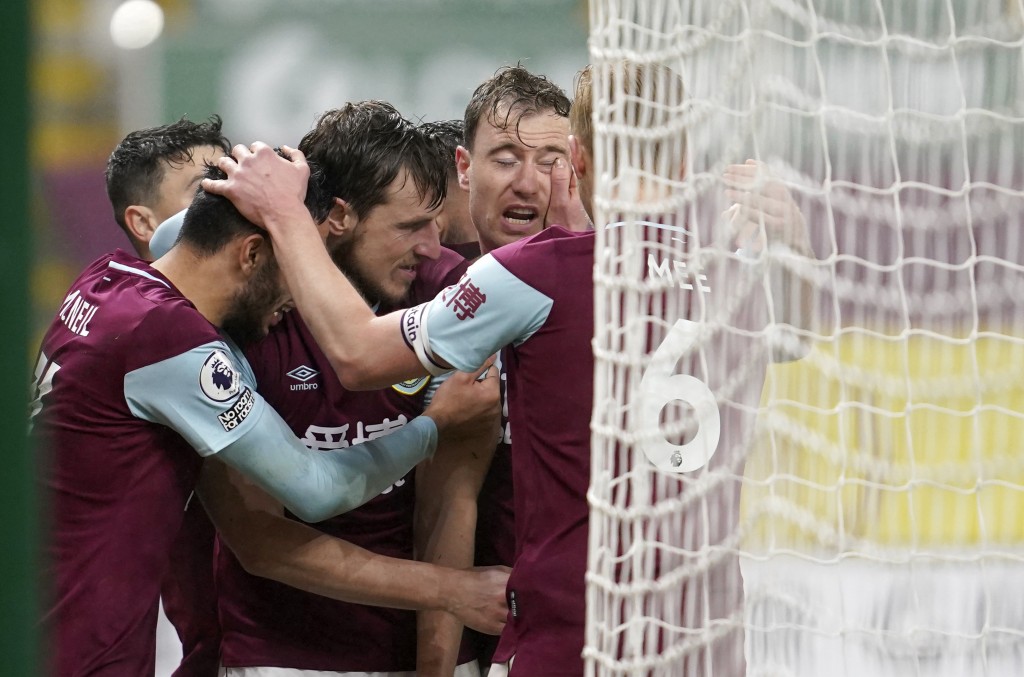 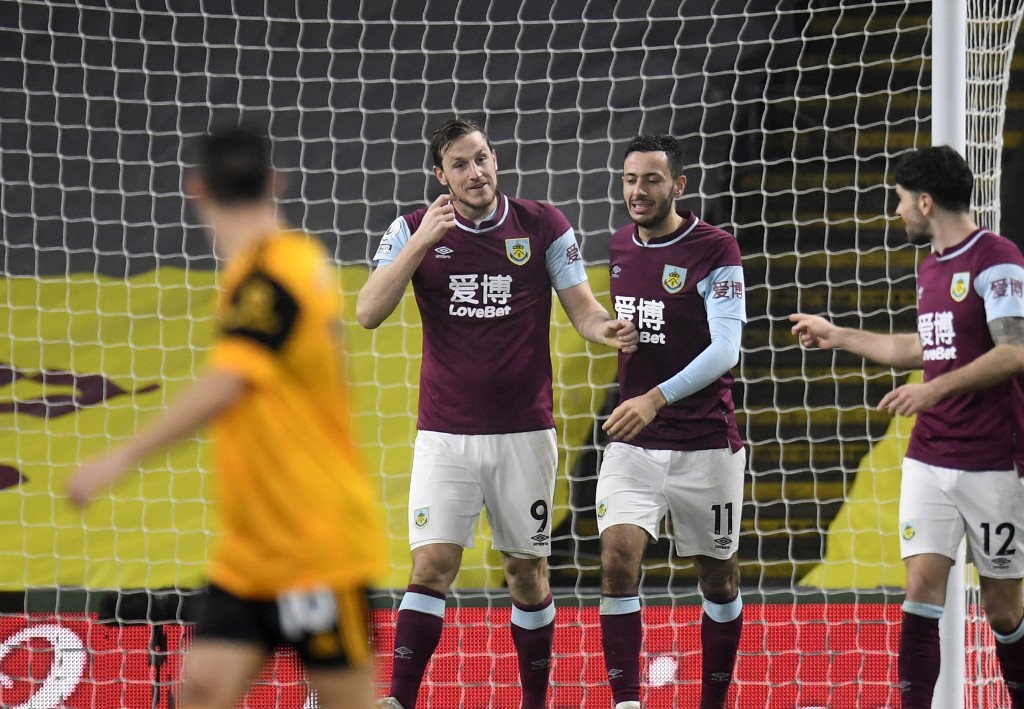 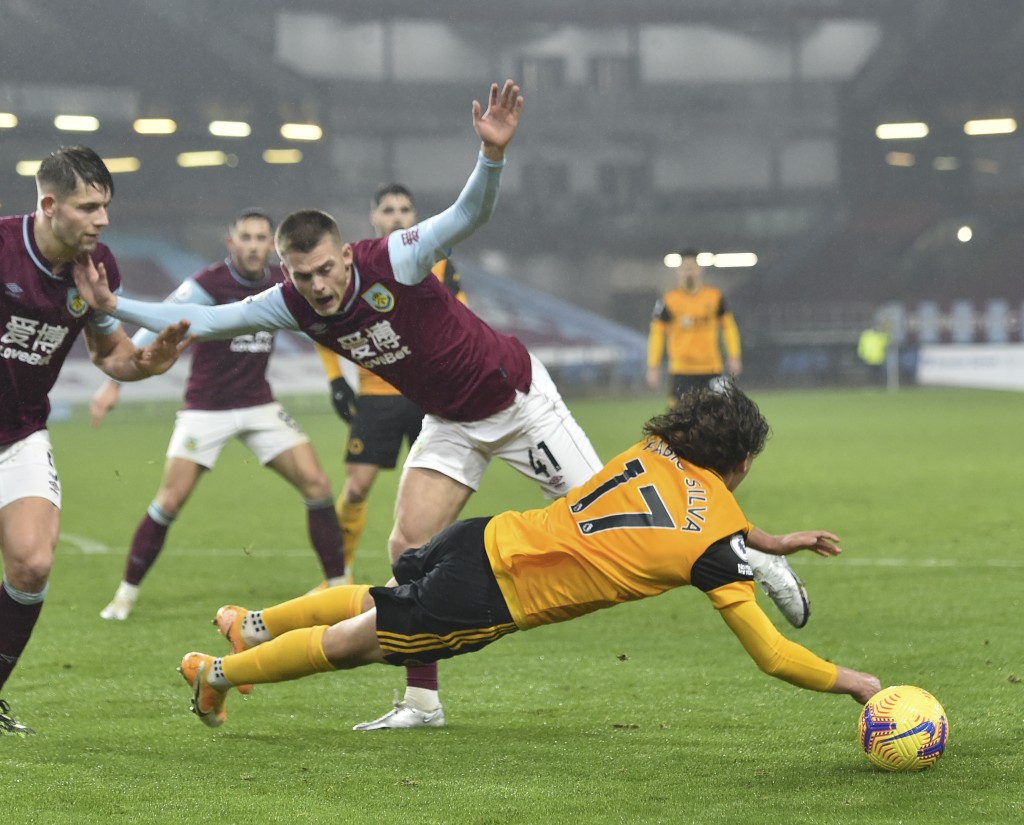 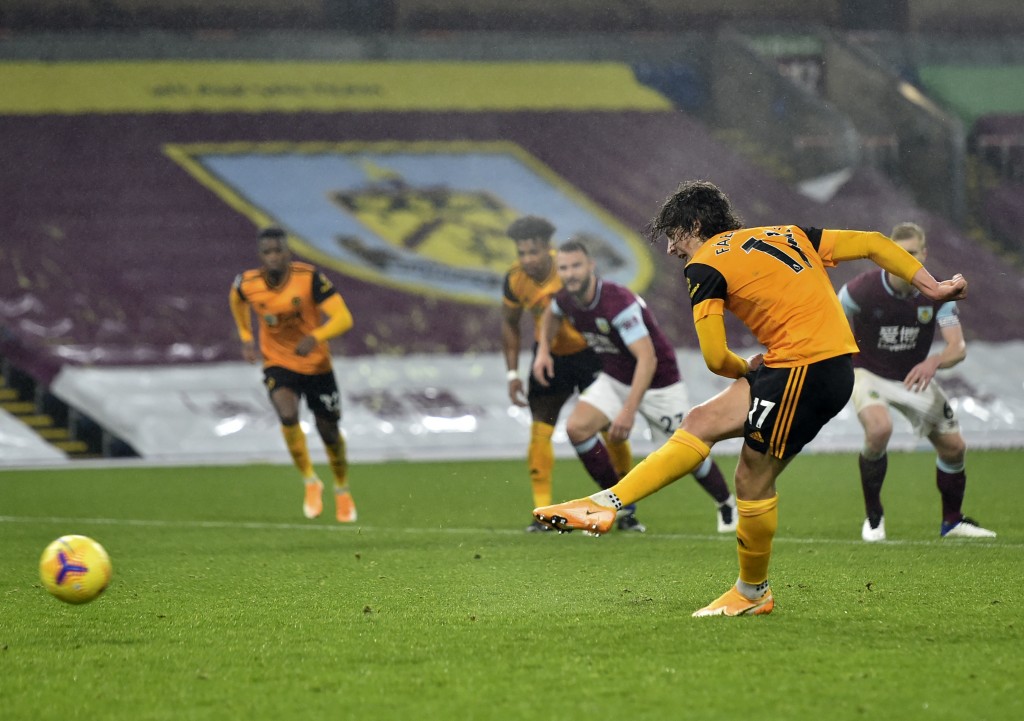 BURNLEY, England (AP) — Burnley’s strike partnership of Ashley Barnes and Chris Wood scored in a 2-1 win over Wolverhampton that lifted the team out of the English Premier League relegation zone on Monday.

Barnes leapt high to plant a far-post header through Wolves goalkeeper Rui Patricio’s legs from close range in the 35th minute to give Burnley the lead at a rain-soaked Turf Moor.

Wood also scored from a couple of yards (meters) out, smashing a loose ball into the roof of the net after Ben Mee’s looping header at a free kick struck Wolves defender Rayan Ait Nouri and dropped into the path of the New Zealand striker.

Fabio Silva, an 18-year-old striker, converted an 89th-minute penalty for his first goal in English soccer since his move from Porto to give Wolves hope but Burnley held out for a third win.

It extended the Clarets’ unbeaten run to four games and saw them climb above Fulham, which drops into the bottom three, and Brighton into 16th place in the 20-team league.