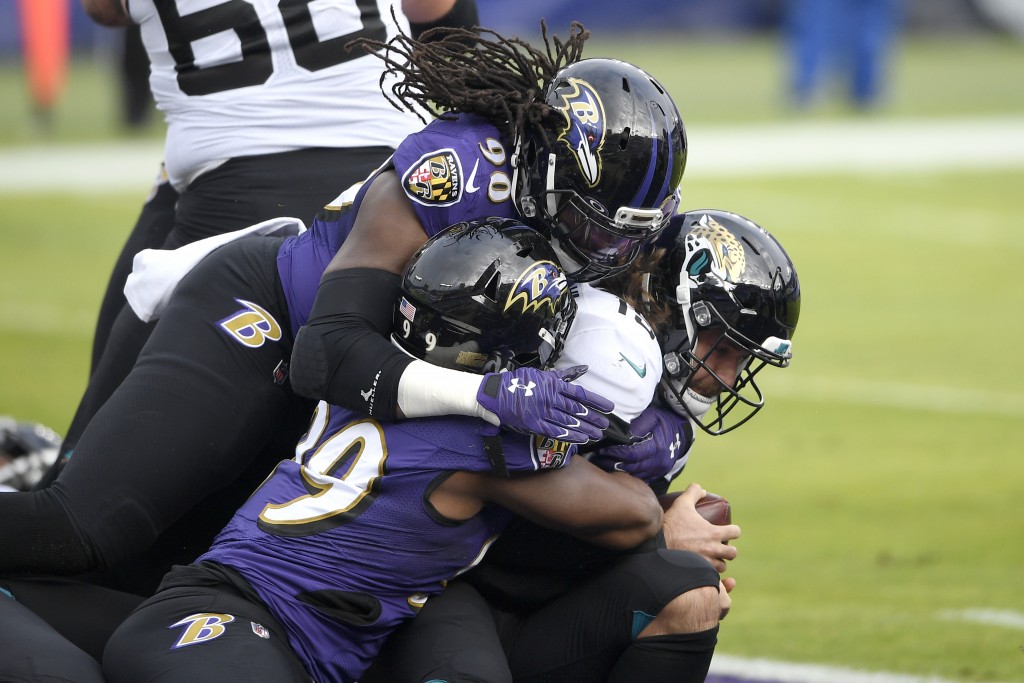 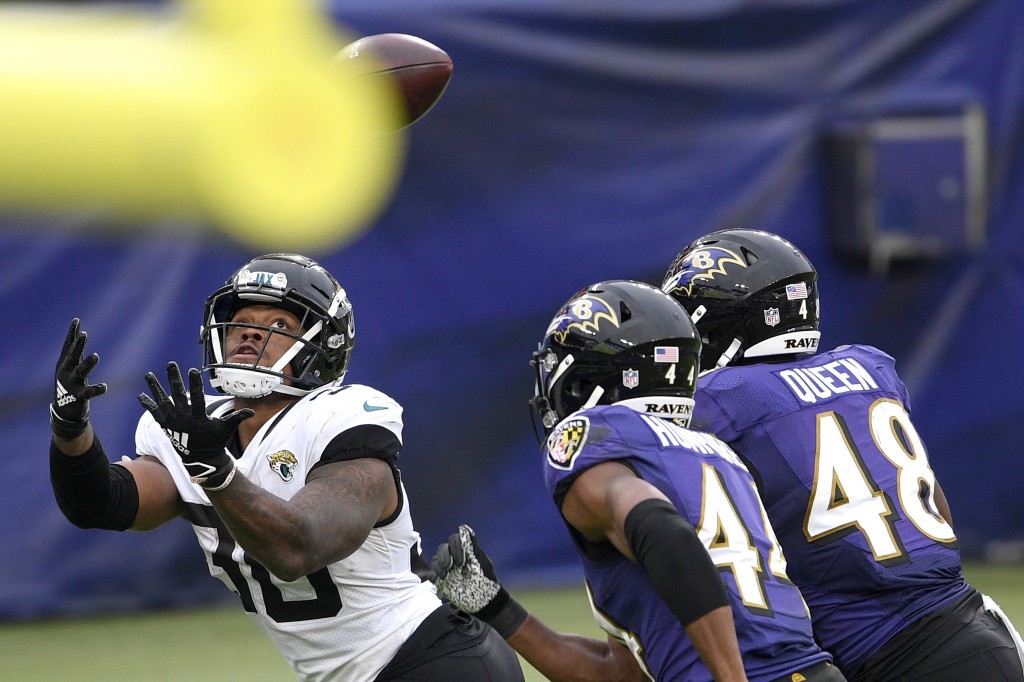 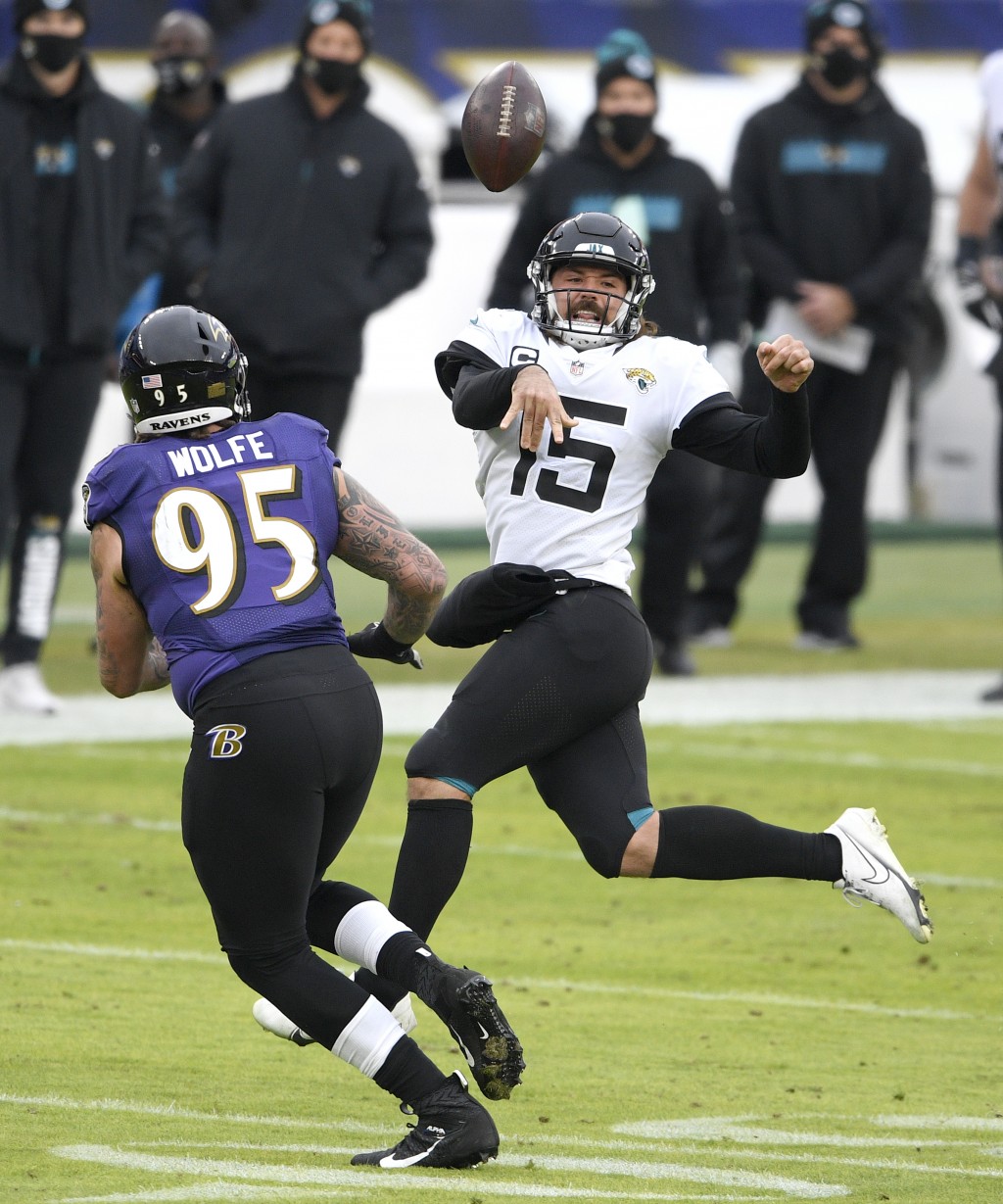 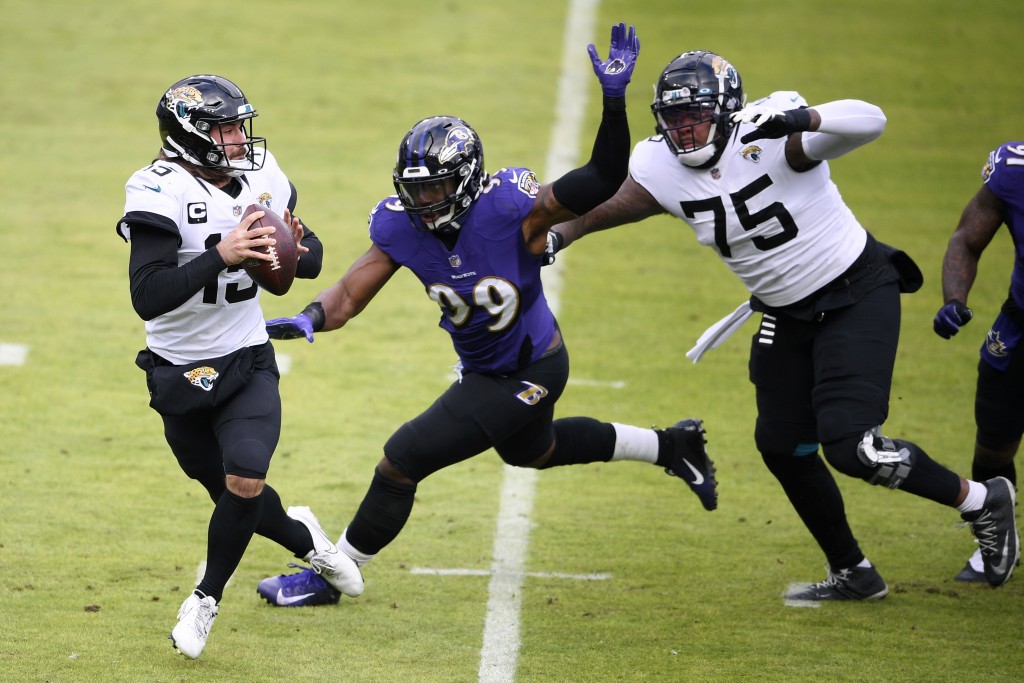 JACKSONVILLE, Fla. (AP) — The sun seemed to shine brighter in Jacksonville on Monday. The air felt crisper. The St. Johns River looked cleaner. Even the Jaguars' aging stadium appeared to glisten for the first time in decades.

Jacksonville's losing streak, now tied for the longest in team history at 13, was cause for celebration — and arguably the best thing to happen to the city since the NFL granted it an expansion franchise in November 1993.

Thanks to the New York Jets’ shocking victory over the Rams in Los Angeles, the skidding Jaguars (1-13) now have a stranglehold on the No. 1 pick in the 2021 draft — and Clemson star quarterback Trevor Lawrence.

“THE New York freaking Jets delivered an early Christmas present to Jacksonville today,” Jacksonville Mayor Lenny Curry wrote on Twitter before vowing to light a victory cigar. “Seriously, this Jets win could be a defining moment for our ball club. See you next week then see you at the draft. This is the win of the day.”

The stunning development 2,400 miles west gave Jacksonville the hope the floundering franchise has been missing for years. It also created what’s sure to be an agonizing wait to make sure the Jaguars don’t screw it up. Not just two weeks, either. More like four months.

Jacksonville needs to lose two more games, beginning with Sunday’s home finale against Chicago; hire a general manager whose primary goal is finding a long-term fix to the team’s long-time QB problem; and assemble a coaching staff that can groom a guy widely viewed as the best college prospect since Andrew Luck.

There’s little doubt Jacksonville could mess it up. After all, this is the franchise that drafted quarterbacks Byron Leftwich, Blaine Gabbert and Blake Bortles, took Leonard Fournette over Patrick Mahomes and Deshaun Watson, and doubled down on Gardner Minshew.

None of those failed moves seemed to matter Sunday evening as the Jets made play after play down the stretch to hold off the Rams. Running back Frank Gore, safety Marcus Maye and punter Braden Mann should never have to buy a drink in Jacksonville.

Same for Jaguars coach Doug Marrone if his swan song is helping the team land Lawrence.

It starts against the Bears (7-7) and continues at Indianapolis (10-4) a week later. The only thing Jacksonville can do wrong in those games is win, something it hasn't done since Sept. 13.

If the Jaguars are indeed tanking, then it’s working to perfection. Jacksonville’s worst loss of the year came at Baltimore on Sunday, a 40-14 debacle in which the Ravens led 26-0 at halftime and wildly celebrated a fourth-string quarterback’s 19-yard run in the waning minutes.

Jacksonville’s “defense” is mostly a joke at this point. The unit gave up more than 370 yards for the 11th straight game and set an NFL record by allowing at least 24 points in 13 consecutive games. The Ravens did whatever they wanted whenever they wanted, finishing with 250 yards passing, 159 rushing and scoring touchdowns on each of their five trips to the red zone.

Rookie K’Lavon Chaisson, the 20th overall draft pick in 2020, is showing signs of promise. He has five quarterback hits in the last three weeks and tackled reigning league MVP Lamar Jackson for a 3-yard loss Sunday.

Journeyman cornerback Greg Mabin played every defensive snap for the first time in his pro career and looked like a rookie at times. He gave up Dez Bryant’s first touchdown catch in more than three years in the second quarter and a 44-yard pass from Jackson to Marquise Brown in the fourth.

It was Mabin’s second game since Jacksonville claimed him off waivers from Tennessee late last month. He has played for Tampa Bay, Buffalo, San Francisco, Cincinnati, Tennessee and now Jacksonville in four years.

Running back James Robinson, the team’s best player all season, is dealing with an ankle injury.

2 — number of games Jacksonville needs to lose to lock up the No. 1 draft pick for the first time in franchise history.

Jacksonville can set the team record for consecutive losses against the Bears and move a step closer to Lawrence. The current 13-game skid tied the initial mark set by losing the final five games in 2012 and the first eight in 2013.