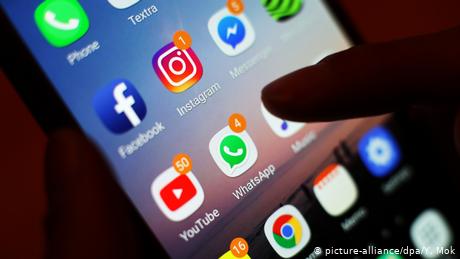 Umair Khurshid, a baker in Islamabad, says his cakes business has grown exponentially over the past few years, thanks to social media platforms like Instagram, WhatsApp and Facebook.

Over the past decade, a wide range of businesses in Pakistan have expanded their e-commerce and social media presence to gain new customers and adapt to a new digital age.

But many firms, both small and big ones, are now worried about the impact the Pakistani government's recently unveiled measures to control the digital space would have on them.

Khurshid believes that any ban on social media networks or decisions by tech firms to leave Pakistan could prove disastrous for business in the South Asian nation. "Any change in policies that result in banning of social media companies or their exiting the country would have a huge impact on my business," he told DW.

What do the new rules say?

The new rules, titled "Removal and Blocking of Unlawful Online Content (Procedure, Oversight and Safeguards) Rules 2020," were framed under the 2016 Prevention of Electronic Crimes Act (PECA).

Under the new regulations, social media companies or internet service providers face a fine of up to $3.14 million (€2.57 million) for failure to curb the sharing of content deemed to be defamatory of Islam, promoting terrorism, hate speech, pornography or any content viewed as endangering national security.

The companies are required to remove or block any unlawful content from their websites within 24 hours after being reported by Pakistani authorities.

Pakistan also wants firms like Facebook and Twitter to have their offices in the country, register with the Pakistan Telecommunication Authority (PTA) and store around 50 million users' data on local servers, which authorities could then access anytime.

The rules also put Pakistani users' privacy at risk, by allowing the PTA to seek access to people's online conversations and metadata without any judicial oversight.

They could potentially erode press freedom further by making journalists liable for criminal prosecution if they criticize Pakistan's military or government, as their criticism could be interpreted as an attack on the nation's sovereignty or security.

And any content critical of Islam could be considered violating the "glory of Islam" and termed blasphemous, and those sharing it on social media face the risk of being accused of blasphemy.

Observers and rights activists have sharply criticized the government's move, arguing that the new regulations could allow authorities to censor digital content and curtail free speech in the conservative Islamic nation.

The rules could prompt global digital platforms to exit Pakistan, fear businesses and activists. "When the implementation begins, we will see an increase in confrontation between PTA and tech companies," Sadaf Khan, co-founder of the NGO Media Matters for Democracy, told DW. The new rules "are against the policies of the companies," she added.

"The draconian data localization requirements will damage the ability of people to access a free internet and shut Pakistan's digital economy off from the rest of the world," AIC said in a press statement. "The rules would make it extremely difficult for AIC members to make their services available to Pakistani users and businesses."

In a letter to Pakistani Prime Minister Imran Khan, AIC demanded immediate changes to the regulations.

Observers say the Pakistani government and military routinely resort to censorship and attempt to control the political discourse in the country. They view the social media rules as offering a new set of tools for authorities to control political dissent.

The latest measures come after Prime Minister Imran Khan's government in October temporarily banned the video-sharing platform TikTok, saying it took the step after receiving complaints of "immoral and indecent" content. Dating apps like Tinder have also been banned in the country.

"The Pakistani state is interested in controlling online narratives through censorship, it is clear that the interests of the security state trump the interests of those who want to see economic development," digital rights activist Osama Qazi told DW.

Loss to the economy

The new measures come at a time when the coronavirus pandemic has weakened the nation's already beleaguered economy.

Qazi believes that the threat of blocking entire platforms, and the precedent of already blocking some apps in 2020, would not turn Pakistan into an attractive investment destination.

"We have seen content creators get affected and lose security when bans such as that on TikTok happened or the impact on e-sports industry which generates income for gamers when PUBG was blocked," he underlined.

PTA, on the other hand, does not see the rules as a threat to the economy. A statement issued by the authority said: "The rules in no sense aim to harm the business environment in Pakistan, rather would pave the way for better investment opportunities for tech companies while remaining compliant with local laws."

Activists say the government appears to believe that Pakistan is indispensable for the global tech giants and that they would comply with its regulations to retain access to the growing multimillion-dollar digital market there.

Nevertheless, they warn that the Pakistani market is still too small, especially when compared to that of neighboring India, and there's risk of authorities becoming overconfident about its significance for global firms.

"Pakistan's digital market is still underdeveloped, and tech giants will operate only if they are not asked to abide by these kinds of strict rules. The country first has to create an enabling environment and only later will be in a position to negotiate its own terms of business," Sadaf Khan said.