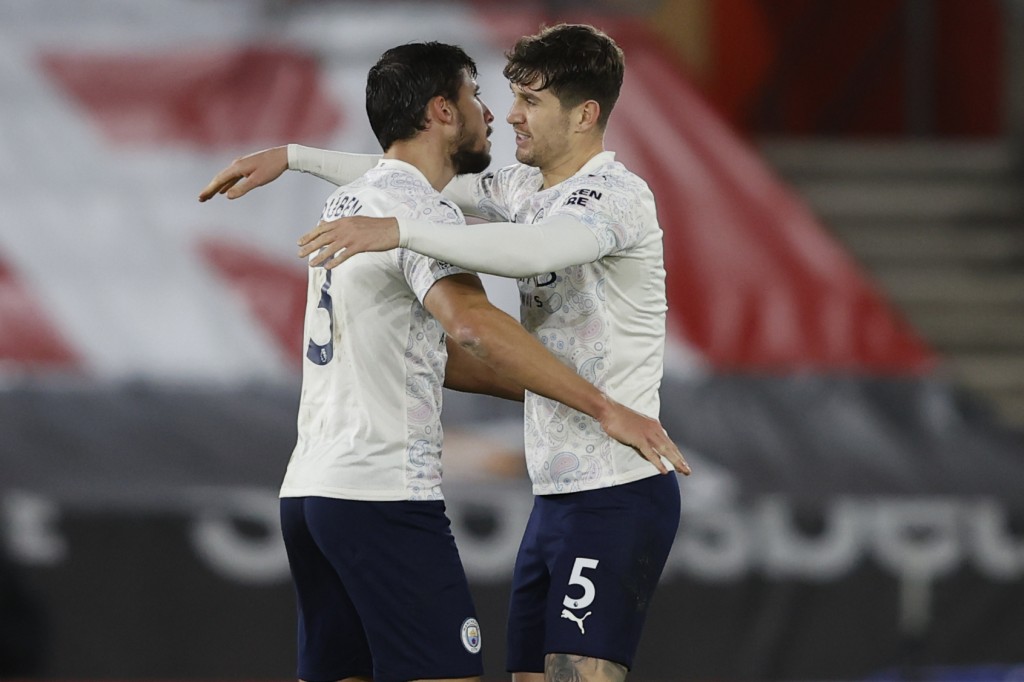 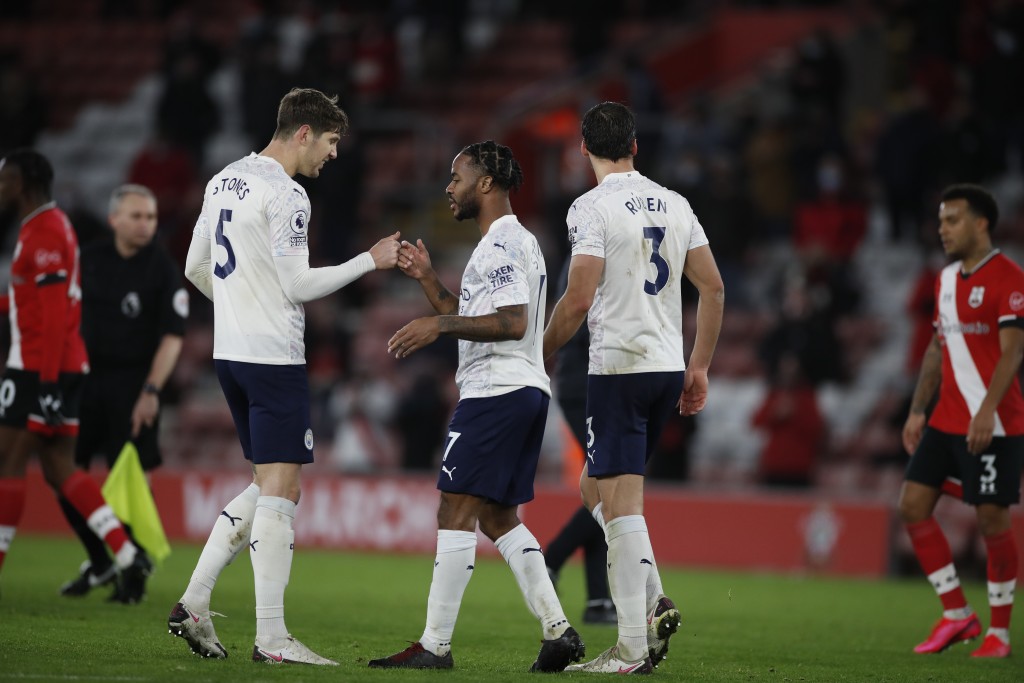 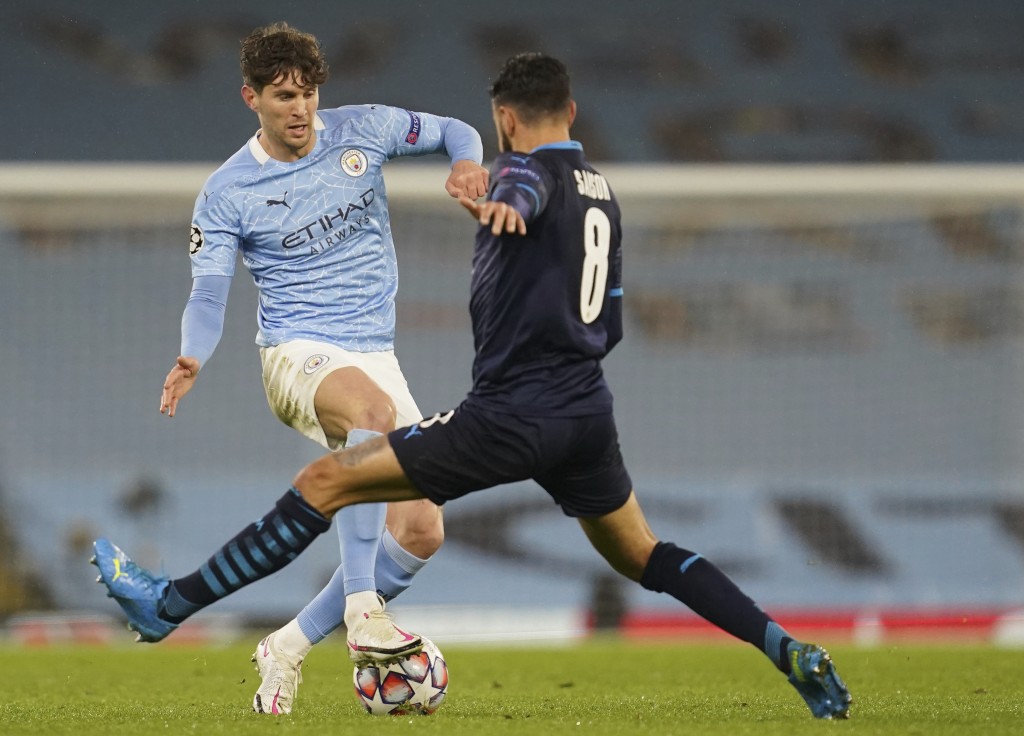 It was the start of the season and John Stones’ days appeared numbered at Manchester City.

The club had signed two center backs — the right-footed Ruben Dias and left-footed Nathan Ake — in the summer transfer window to bolster what had suddenly become the weakest area of the squad, and Stones had only played a bit-part role in the 2019-20 campaign.

Indeed, things hadn’t been right with Stones for a while — his trademark composure was lacking, he was picking up niggly injuries — and he had also lost his place in the England squad, his last international appearance coming back in November 2019.

Fast forward three months and Stones, somewhat remarkably, has regained his status as the first-choice center back under Pep Guardiola in what has been the most solid defense in England over recent weeks.

“He’s back,” a beaming Guardiola said of the 26-year-old Stones after his latest excellent display in a 1-0 win at Southampton on Saturday. “He has turned his situation perfectly.”

It’s easy to see why Guardiola has been so impressed. Stones is injury-free and has played in six of City’s last eight games — helping to keep a clean sheet in each of his appearances. The only time City conceded in that eight-game period was in the 1-1 home draw against West Bromwich Albion, when Stones was rested for what should have been one of the team’s easiest matches.

Crucially, errors — or, more pertinently, lapses in concentration — have been cut out. Stones is clearly in a better frame of mind and comments from Guardiola before and after the match against Southampton, when Stones was pretty much flawless in and out of possession, gave an interesting insight into the defender.

“His personal life now is settled, is much better,” Guardiola said Friday. “My only advice to him is what he gives right now, the way he lives his profession, how good he carries himself — his body, his mind — in everything, he has to keep that for the next 10, 12 years.”

Stones’ private life might be the reason for his slump since the 2018 World Cup, when he was starting center back in England’s run to the semifinals for the first time since 1990.

Since the end of 2018, he has gone through a well-publicized break-up with a girlfriend he has had since childhood. They have a child together.

Like he did on Friday, Guardiola made reference to Stones’ family when praising the defender’s performance against Southampton.

“We are delighted, and especially because he’s an incredibly nice person,” Guardiola said. “His mum and dad must be so proud of how nice a person he is and his daughter has a top father.”

Stones has said that he's enjoying himself again.

“I really am," he said this month. “It's good to be back out there, getting these clean sheets, enjoy playing in these occasions. It’s what I’ve always done, to be out there and not being sat in the stands, sat there watching, it’s been frustrating.”

A consequence of Stones’ rise has been Aymeric Laporte — widely regarded not long ago as the second-best center back in the Premier League behind Liverpool’s Virgil van Dijk — getting dropped, typically to the bench though over the weekend he wasn’t even in the matchday squad.

The Stones-Dias axis at center back means there is no left-footed player there to give the team balance when it comes to ball distribution from the back, but Guardiola doesn’t appear concerned.

Laporte last started in the league in the 2-0 loss at Tottenham on Nov. 21, when his positional error — he got lured upfield, allowing Heung-min Son space behind to run into and score — contributed to the crucial first goal. He is paying a heavy price for that, especially with Stones looking in no mood to give up his place.

For now, Laporte might only play in the smaller competitions, like the English League Cup when City plays at Arsenal in the quarterfinals on Tuesday.

Like Laporte, Stones is an ideal player for a Guardiola-coached team given his ability on the ball and to come out of defense to start attacks. He was signed for nearly 50 million pounds (then $65 million) — becoming the world’s second most-expensive defender — barely a month after Guardiola joined in the summer of 2016 and played an important role in the City team that won the league in 2018 and retaining it a year later.

Now, it's like he has been given a second life at City.

“He has been here more than five seasons and knows exactly what you have to do, what he has to do,” Guardiola said. “Unfortunately, he could not do it in the previous years but now he has done it.

“He settled perfectly in what he would like, no injuries, and showed his personality with and without the ball.”