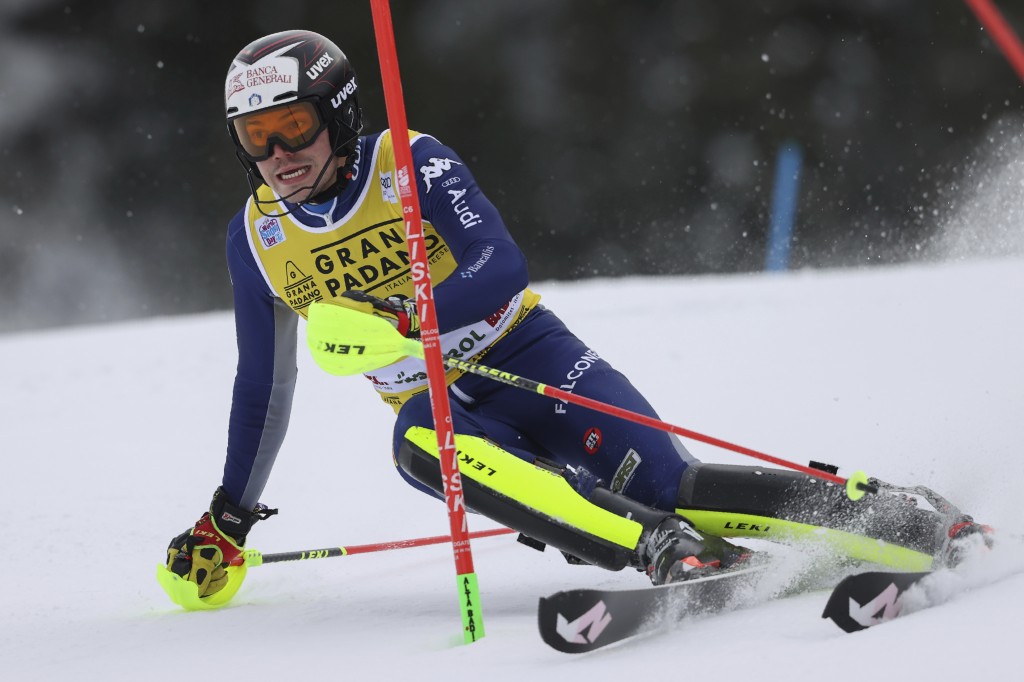 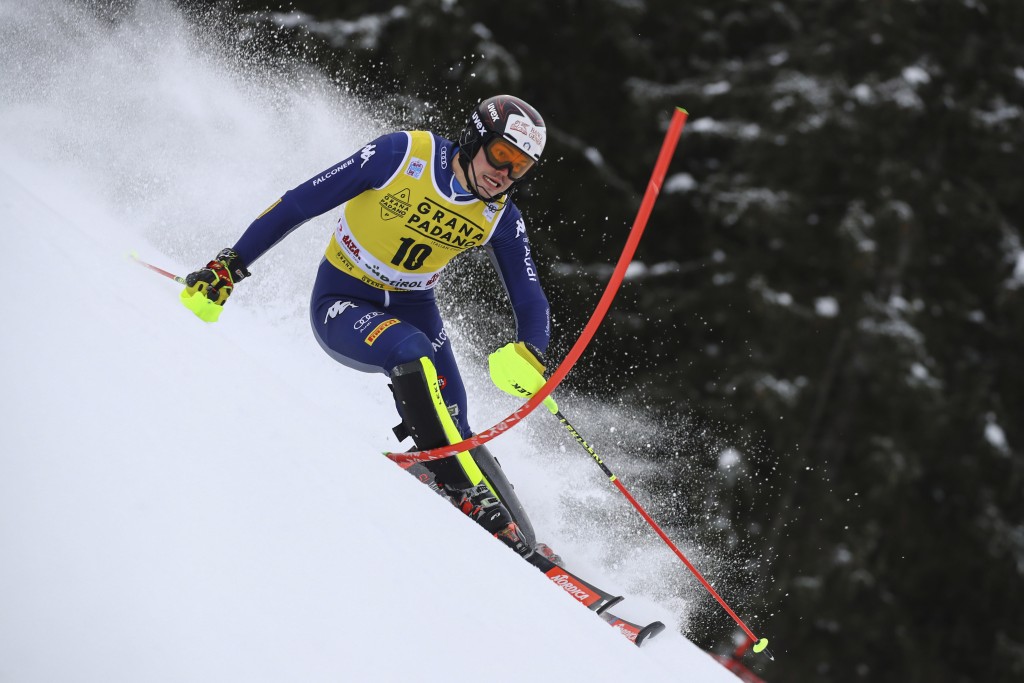 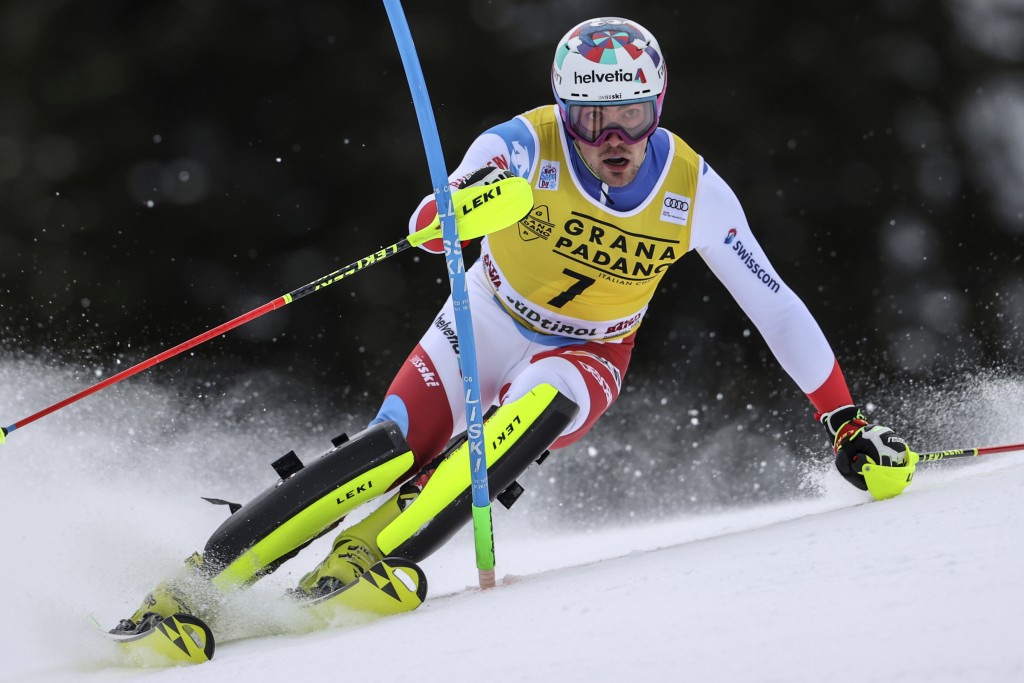 ALTA BADIA, Italy (AP) — Alex Vinatzer posted the fastest time in the opening run of the first men’s World Cup slalom of the season on Monday, less than four weeks after having surgery for appendicitis.

The 2019 junior world champion from Italy, competing on the Gran Risa course for the first time in his career, led Daniel Yule of Switzerland by 0.27 seconds.

Mario Matt was 0.36 behind in third, followed by five racers all within 16 hundredths of the Austrian’s time.

Noel Clement, runner-up to Kristoffersen in last season's standings, didn't qualify for the second leg after a fall halfway through his run.

Vinatzer had surgery in November and missed a parallel World Cup event in Austria.

He attempted a comeback in a slalom on the lower-ranked European Cup last week but failed to finish his opening run of the event in Val di Fassa, before skipping a second race at the Italian resort the following day.

Vinatzer looked back to his best on his return to the World Cup on Monday, clearly beating pre-race favorites with a convincing run.

Competing on the World Cup since 2017, the 21-year-old Vinatzer recorded two top-10 results, with a third-place finish in Zagreb, Croatia in January his personal best.

The men’s slalom season is starting late following changes to the usual calendar amid anti-coronavirus measures, which aim at limiting traveling and keeping racers from different disciplines apart.

A night slalom is scheduled in Madonna di Campiglio on Tuesday.