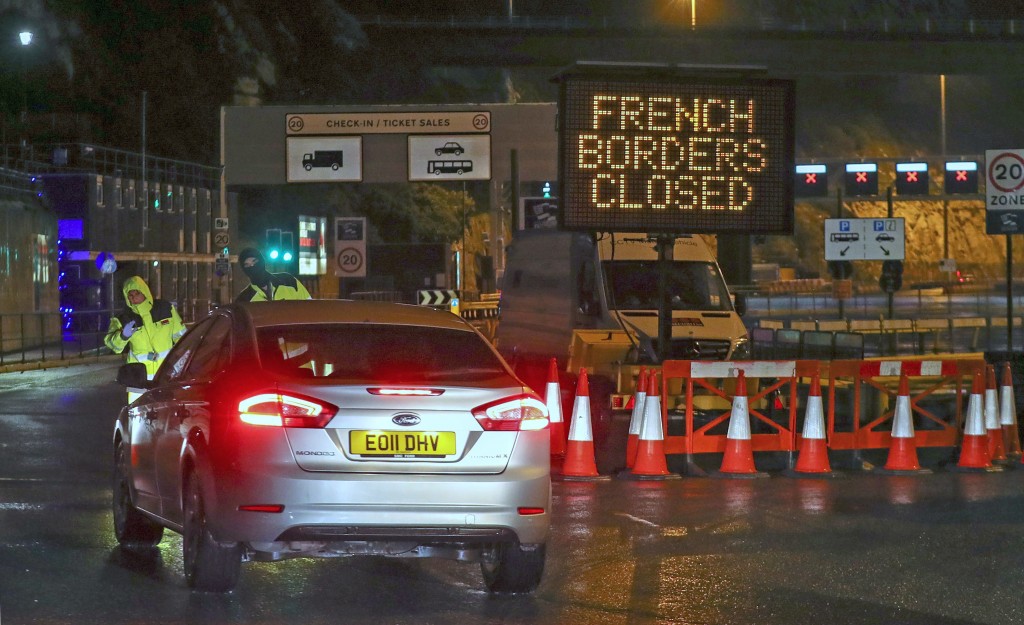 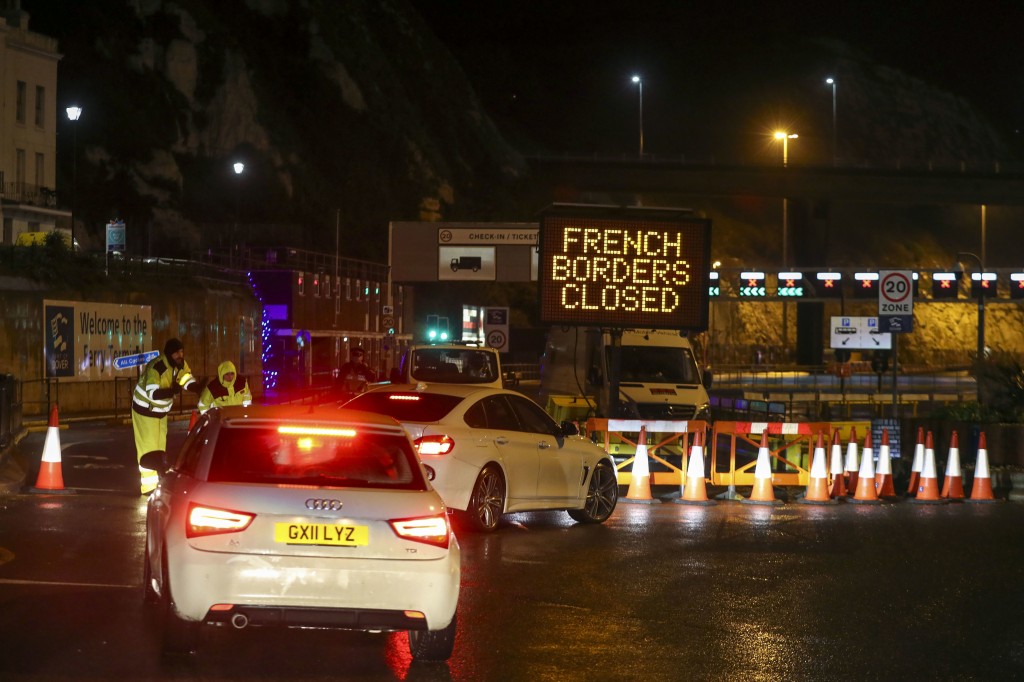 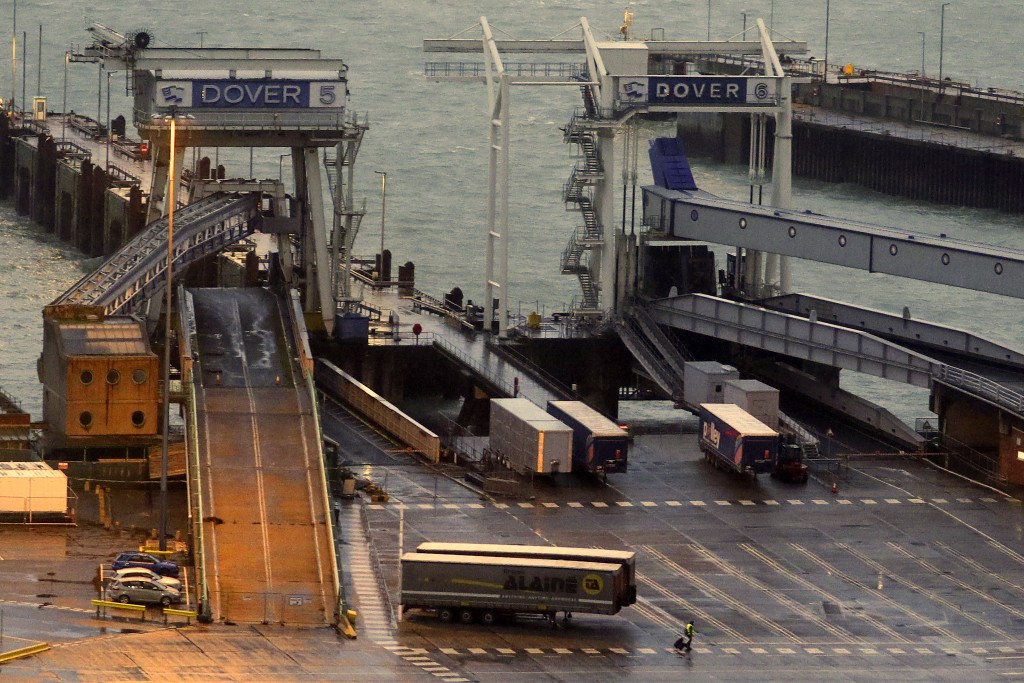 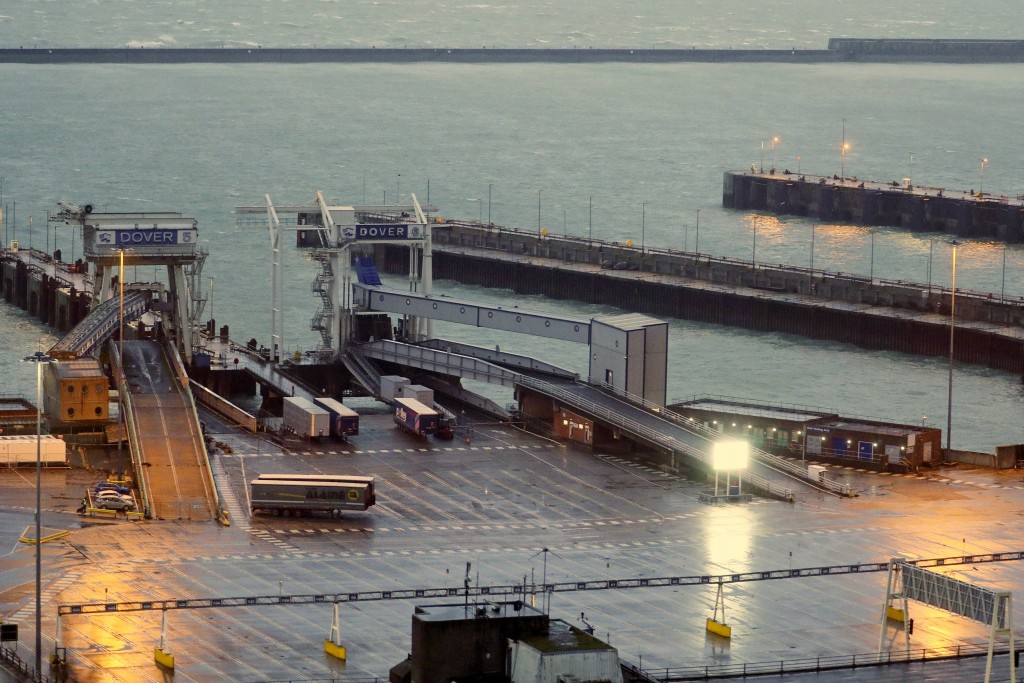 LONDON (AP) — British Prime Minister Boris Johnson is to chair a meeting of the government's emergency committee later Monday after France closed its borders to the U.K. to stem the spread of a new strain of the coronavirus circulating in London and the southeast of England.

The meeting of the COBRA civil contingencies committee comes amid warnings of “significant disruption” around the ports in the English Channel, with tailbacks going back miles into the southeastern English county of Kent.

The transport of freight is facing massive disruptions after France closed its borders for 48 hours, which means lorries cannot get across the English Channel by boat. The government has urged everyone to avoid traveling to Kent, which hosts many of the cross-Channel ports, notably at Dover. Eurotunnel has also suspended services.

The moves come in the wake of Johnson's announcement on Saturday that he was placing London and the southeast of England in a new Tier 4 level of restrictions after a warning from scientists that the new variant of the coronavirus was spreading far faster than existing strains.

He said the new variant of the virus is 70% more transmissible and is driving the rapid spread of new infections. On Sunday, the U.K. recorded a record 35,928 new infections.

While experts are stressing that there is no evidence that the new strain is any more lethal, it's inevitable that more cases will lead to more hospitalizations and subsequent virus-related deaths.

British Transport Secretary Grant Shapps said France’s ban on freight hauliers was “slightly surprising” and that he is putting contingency plans for Kent in place, including the opening up of a lorry park and providing “welfare” for some of those drivers stuck there.

“The Kent Dover-to-Calais Eurotunnel, what we call the short straits, is probably about 20% of goods going to and from, in and out of the country," he told Sky News. “But it’s not the mainstay. Most goods actually come in and out by unaccompanied containers and those will continue to flow.”

Shapps insisted that the public won't notice any shortages “for the most part” as a result of the ban on lorries and that the supply of coronavirus vaccines will continue as they come via containers that are unaffected.

All this economic disruption comes at a time of huge uncertainty for the U.K., less than two weeks before it leaves the EU’s tariff-free single market and customs union on Dec. 31.

Though the U.K. left the bloc on Jan. 31, it is in a transition period that effectively sees it abide by EU rules until the end of this year. Talks on a post-Brexit trade relationship are still deadlocked and are set to resume on Monday.

The British Retail Consortium warned that the closure of France-to-U.K. traffic would create trade “difficulties” in the busy Christmas period.

Andrew Opie, the BRC’s director of food and sustainability, said any prolonged disruption would be a problem in the run-up to the end of the Brexit transition period.

“While goods can enter from France, few haulage firms will be willing to send trucks and drivers across to the U.K. without a guarantee they can return to the EU in a timely manner,” he said.

“This is a key supply route for fresh produce at this time of year.