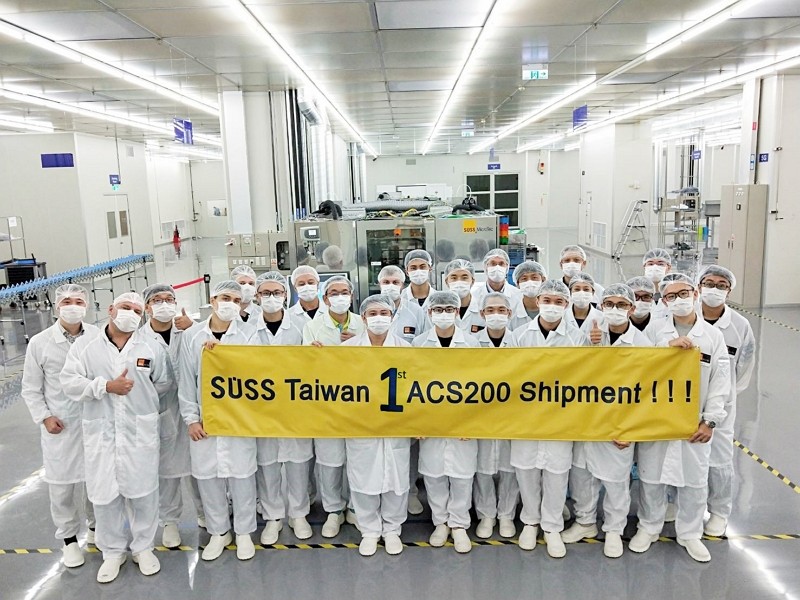 Located in the Hsinchu Science Park in northern Taiwan, the 4,800-square meter plant is meant to address the increased demand for applications in 5G, IoT, AI, and mobility technologies, the company said in a press release. At an investment of NT$500 million (US$17.7 million), it will be used to develop and manufacture photolithography tools and other equipment critical to chipmaking.

The first of its kind in Asia, the facility will allow for accelerated product delivery and greater flexibility to meet the needs of the German company's clients. Amid rigorous recruitment and training programs, specialists from its parent company in Germany will also be posted in Taiwan for support, according to the company.

Hsinchu Science Park reported a 17 percent growth in October on a yearly basis in the sales of semiconductor products, reaching NT$724.8 billion, despite the economic fallout from the coronavirus. The SUSS MicroTec investment is set to drive the development of Taiwan's advanced packaging technologies, said the Hsinchu Science Park Bureau.

Taiwan, home to some of the world’s leading chipmakers, including TSMC, has seen ratcheted-up investment from a host of international tech firms in the semiconductor scene. TSMC supplier Entegris on Sunday (Dec. 20) revealed plans to build a plant in Kaohsiung in an estimated US$200 million investment.