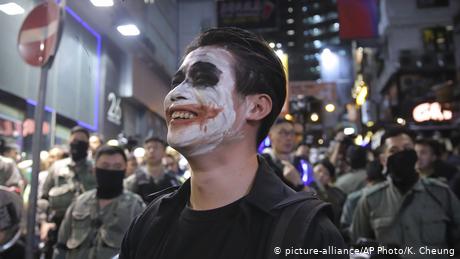 Hong Kong's top court on Monday ruled that the city government's decision to invoke a colonial-era law to ban face masks at demonstrations and public meetings during the height of the 2019 pro-democracy protests was legal.

"The ambit of the power to make subsidiary legislation under the ERO in a situation of emergency or in circumstances of public danger, although wide and flexible, was not unconstitutional," the judges ruled.

They added that banning face masks at both permitted and illegal rallies was proportionate since it was aimed at "the prevention and deterrence of violence before a peaceful public gathering had deteriorated into violence."

Many anti-government protesters wore face masks last year to reduce the risk of being identified and prosecuted by authorities for taking part in peaceful marches or violent clashes with the police.

The masks also protected them from tear gas used by police to disperse the massive crowds.

The protests by pro-democracy activists went on for seven straight months and brought the financial hub to a standstill.

What is the background to the ruling?

The ban was largely symbolic, with many demonstrators refusing to comply.

Opposition lawmakers and activists opposed the anti-mask law as well as the use of the emergency law. They lodged a judicial review of last year arguing the government's move was in breach of Hong Kong's Basic Law — the city's mini-constitution.

A lower court agreed and ruled the mask ban unconstitutional but upheld the government's right to impose emergency measures.

Prominent pro-democracy activist Joshua Wong was arrested for allegedly violating the anti-mask law and his participation in unlawful anti-government rallies in 2019.

Ironically, the ruling comes at a time when the Hong Kong government has mandated people to wear face masks for much of the year to curb the spread of the coronavirus.