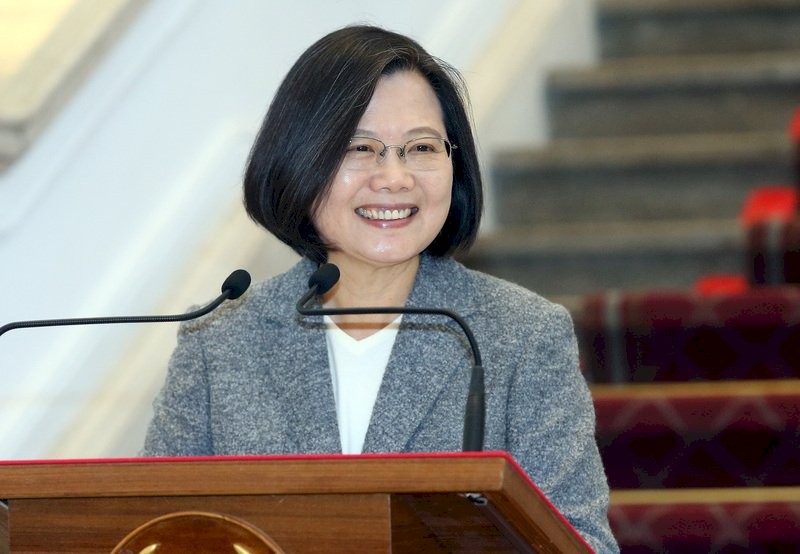 TAIPEI (Taiwan News) — More than 60 percent of Taiwanese are satisfied with President Tsai Ing-wen’s (蔡英文) performance this year, according to a recent survey published by the Democratic Progressive Party (DPP) on Monday (Dec. 21).

According to the poll, 95.1 percent of Taiwanese believed that the nation’s pandemic prevention performance was better compared to other countries, 83.5 percent were satisfied with how the Tsai government handled the virus, and 56.6 percent affirmed that Taiwan’s economic performance this year was better than that of other nations.

As for President Tsai’s overall performance this year, 60.9 percent were satisfied, while 36.6 percent were not. Respondents were asked open-ended questions to find out the main reasons for their satisfaction or dissatisfaction.

Results showed that 29.1 percent of people said the president’s pandemic prevention was the primary reason for their contentment.

As for the main reasons for discontentment, 7.7 percent referred to Tsai’s loosened restrictions on imported U.S. beef and pork products containing ractopamine, 7.4 percent were concerned about the economy, 4.1 percent were worried about the nation’s image, 3.5 percent were anxious about the current state of cross-strait relations, and 2.4 percent were dissatisfied with the closure of pro-China Chung T'ien Television's CTi news channel.

Luo pointed out that it is only the first year of President Tsai’s second term and her approval rating is higher than the ratings of the previous two presidents, Ma Ying-jeou (馬英九) and Chen Shui-bian (陳水扁). However, the DPP will not be complacent, because the poll results are a testament to the joint efforts of everyone involved in the nation’s coronavirus prevention campaign and economy, Luo stated.

The DPP poll was conducted from Dec. 18 to 19, with 1,120 valid samples. The survey had a confidence level of 95%, with a margin of error of plus or minus 2.9 percentage points.