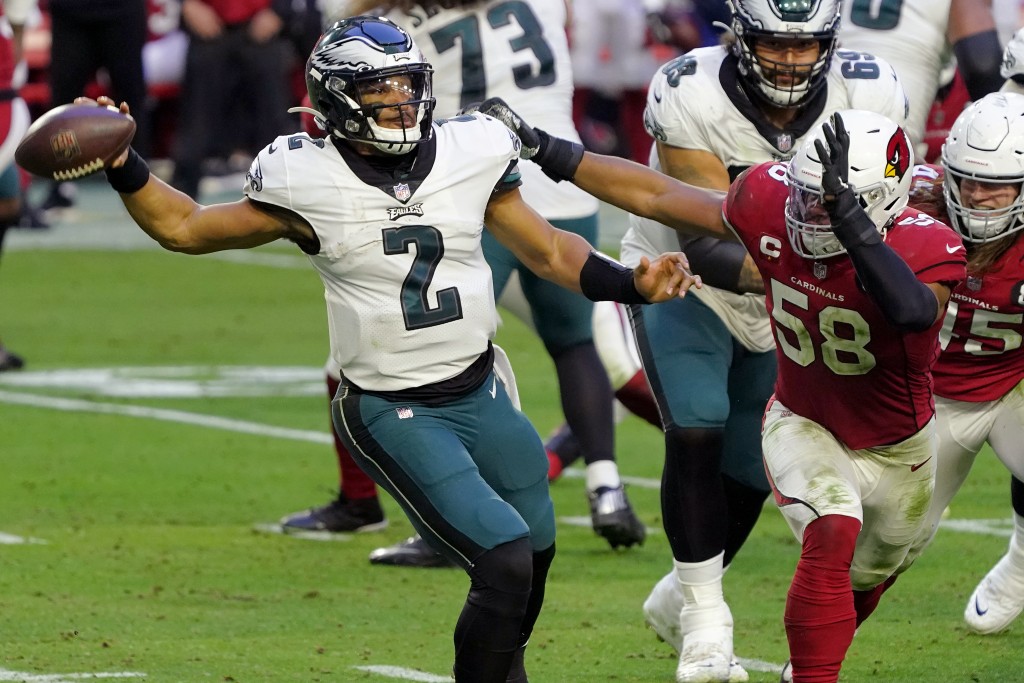 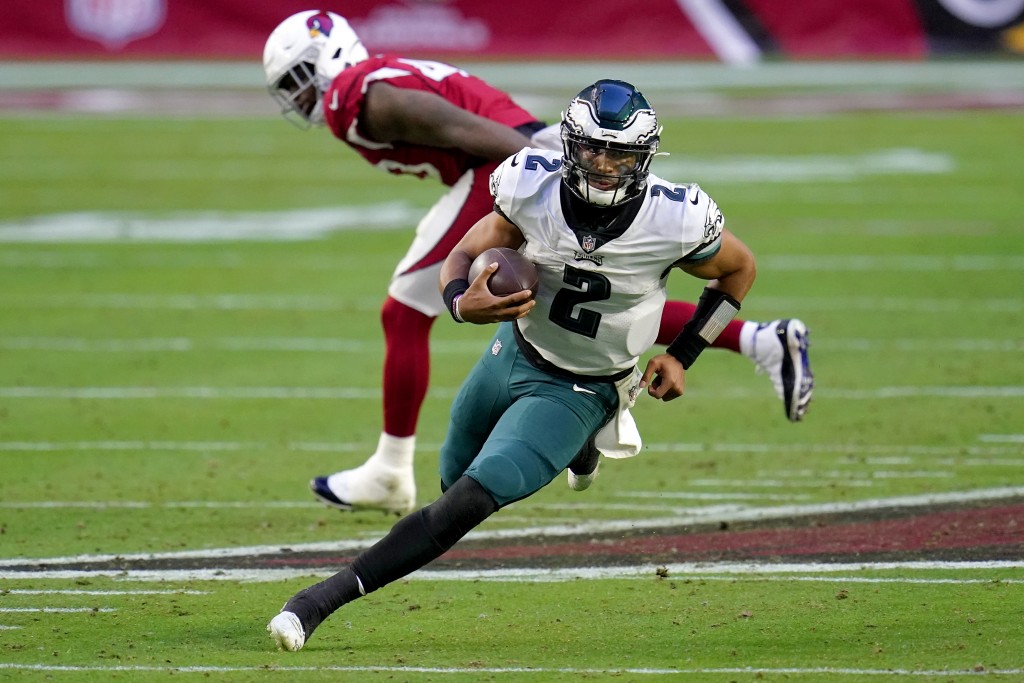 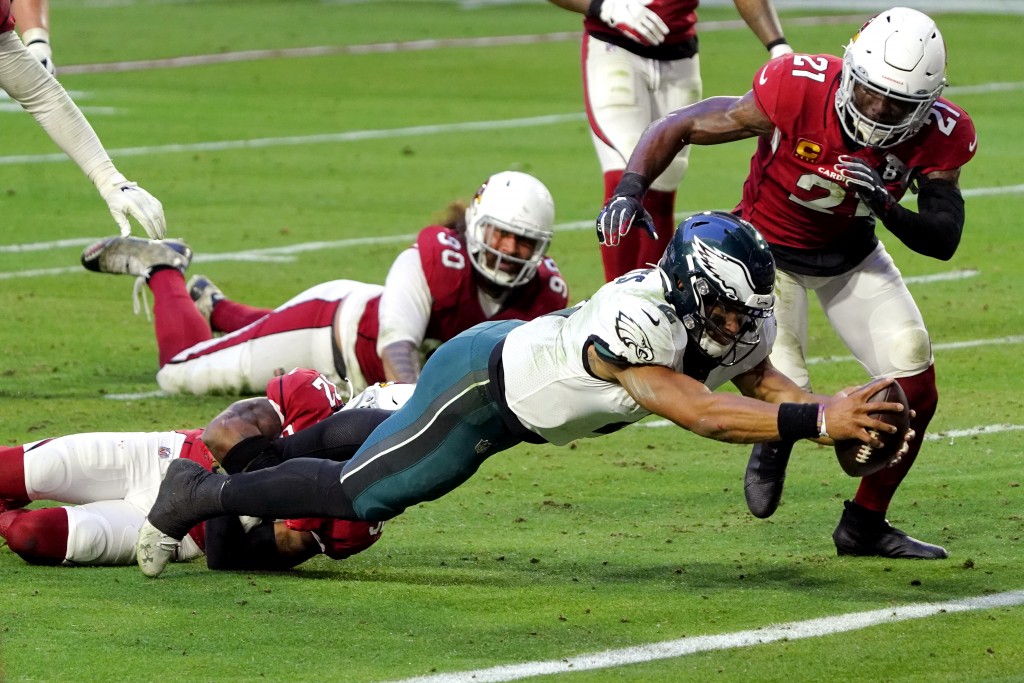 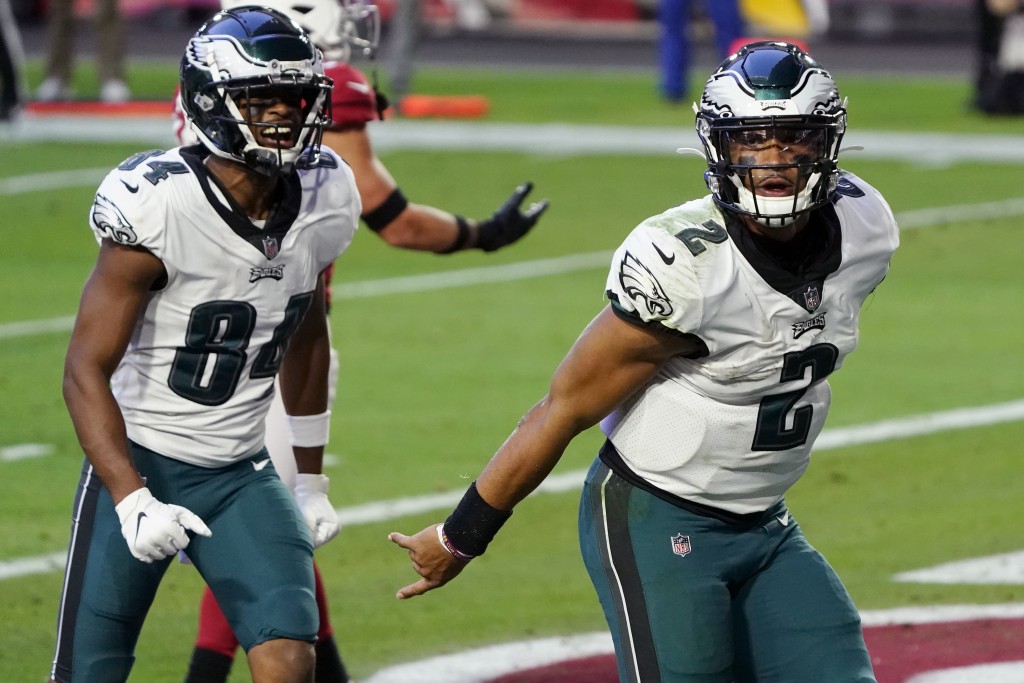 He takes no comfort in coming close.

“I hate to lose more than I love to win,” Hurts said after Philadelphia’s 33-26 loss to Arizona on Sunday. “It’s not a great feeling but it’s a learning lesson.”

Hurts threw for 338 yards and three touchdowns and ran for 63 and a score in only his second career start. But Hurts also took a safety for intentional grounding in the end zone and was sacked six times, including consecutive plays after the Eagles had a first down at Arizona’s 11 with three minutes remaining.

“They had a chance to watch Jalen from last week, changed their pass rush lanes,” Eagles coach Doug Pederson said. “We just got beat.”

The loss means the Eagles (4-9-1) need help to win the woeful NFC East. They must win their final two games, Washington (6-8) has to lose to Carolina next week and the Giants need to lose two of their final three games.

Despite the loss, Hurts showed plenty of promise. He has invigorated the offense since replacing Carson Wentz. Down 16-0, Hurts didn’t flinch. He tossed all of his TD passes in the second quarter and ran it in late in the third to even the score at 26. The Eagles missed the extra point after backup holder Zach Ertz couldn’t handle a low snap.

“We never lost belief in one another,” Hurts said. “It all comes down to execution and that’s something we didn’t do enough of to win this game.”

Pederson didn’t commit to starting Hurts again next week at Dallas (5-9). He said he’ll make a decision as early as Monday.

Murray threw for a career-high 406 yards and Hopkins had nine catches for 169 yards and one TD.

“We had an opportunity and didn’t capitalize on it,” defensive end Brandon Graham said.