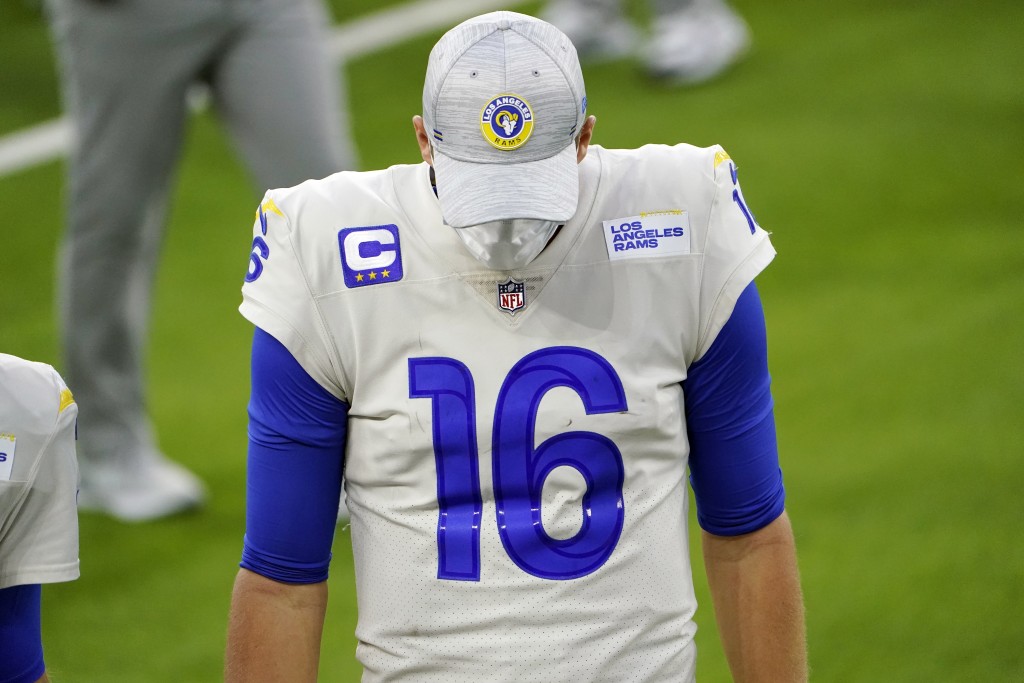 INGLEWOOD, Calif. (AP) — The Los Angeles Rams were poised to celebrate wrapping up a playoff spot with a win on Sunday. Instead, they have to grapple with letting a golden opportunity slip away after handing the New York Jets their first victory.

The Rams' 23-20 loss makes them the fifth team since 1978 to go down to defeat when favored by at least 17 points. Not only did Los Angeles (9-5) fail to wrap up its fourth postseason berth in five years, but it fell out of the NFC West lead.

“We’re all sick to our stomachs. Everyone is upset,” defensive tackle Sebastian Joseph-Day said.

The obvious question after the game was if they overlooked a winless team? Los Angeles came in rested after a 24-3 win over New England on Dec. 10, but it looked dazed for most of the game.

“That question is always going to be up in the air. With the room we have I don’t think that’s the case," offensive tackle Rob Havenstein said. "Obviously it didn’t translate to a winning game.”

The offense got off to another slow start by coming up empty on the first six drives, including a blocked punt and interception. Jared Goff was 11 of 20 for 86 yards with an interception in the first half before throwing two touchdowns in the second half.

Cam Akers, who rushed for 171 yards against the Patriots, was held to 63 yards but had two fourth-quarter runs of 18 or more yards wiped out by penalties. One of those was an 18-yard touchdown early in the fourth quarter that would have tied the game at 23 pending the extra point. Instead, it was nullified due to a holding penalty on Austin Corbett.

The Rams had to settle for Matt Gay's 42-yard field goal that brought them within 23-20.

Akers' 17-yard run late in the fourth quarter would have put the Rams in the red zone at the Jets 17, but Tyler Higbee's block in the back moved it back to the 43. Los Angeles got to the 37 before turning it over on downs after two incomplete passes by Goff.

“We had a little bit of a layoff and weren’t sharp. The penalties were really hurtful,” coach Sean McVay said.

Los Angeles was sixth in the league converting on third down at a 44.8% clip, but it was a woeful 2 of 11 against the Jets.

“They did a good job defensively to prevent us getting to rhythm. In second half we bounced back but it was too little, too late,” said Goff, who completed 22 of 34 passes for 209 yards with two touchdowns and a pick.

Most of the attention will be focused on the offense, but all three phases had breakdowns.

On special teams, Johnny Hekker had a punt blocked in the second quarter, which led to the first of Sam Ficken's three field goals and a 10-0 deficit for the Rams.

The defense failed to generate a turnover for the first time in eight games and had a three-game streak snapped where it scored a touchdown. The Jets were second-to-last in the league on third-down conversions, but were 7 of 17 on Sunday.

Next Sunday's NFC West showdown at Seattle was already important, but it takes on greater significance if the Rams want to claim the division. Los Angeles has to beat the Seahawks to at least gain the tiebreaker for sweeping the season series. The Rams then finish on Jan. 3 by hosting Arizona while Seattle faces San Francisco.

“We have two division opponents coming up. We missed a chance to clinch, now it's even more important to win the next two games,” safety John Johnson said. “Certain teams have that knack for winning. We’re still learning that.”