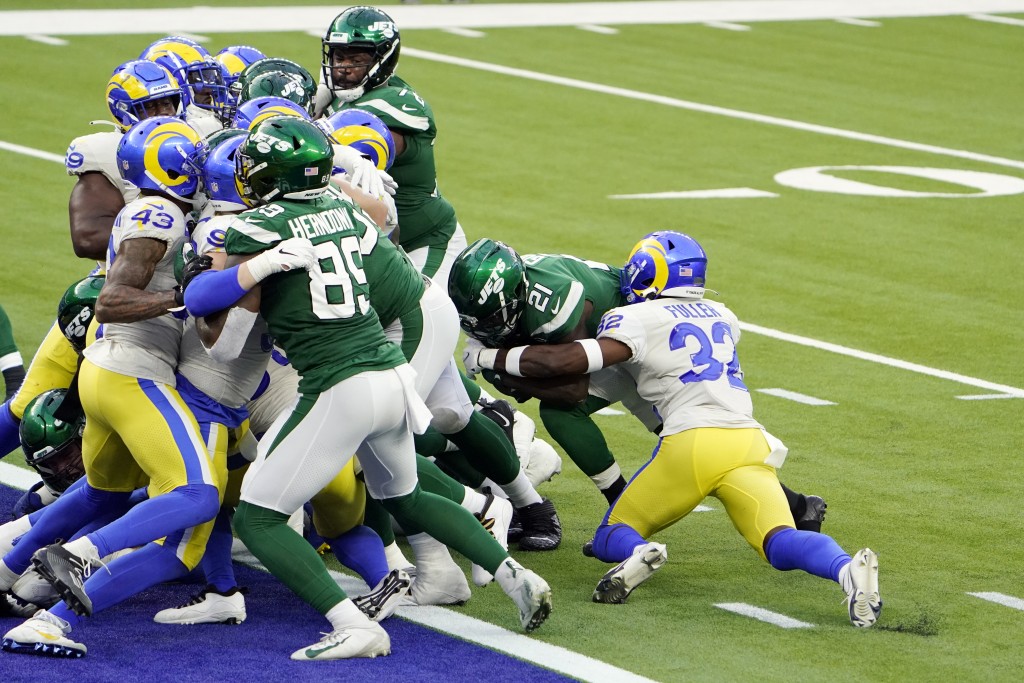 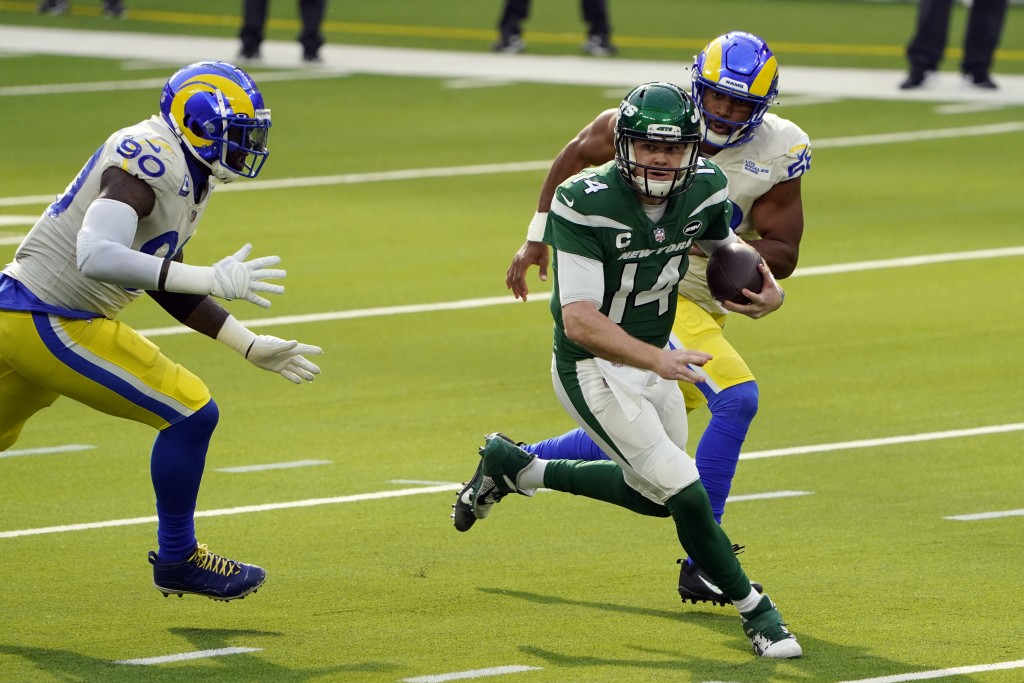 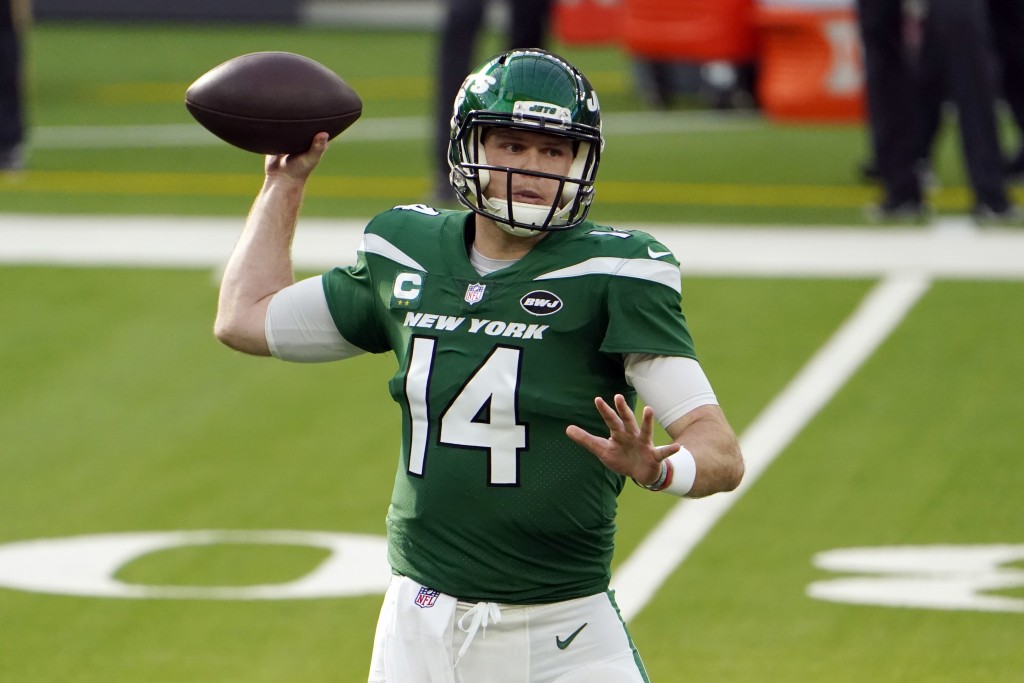 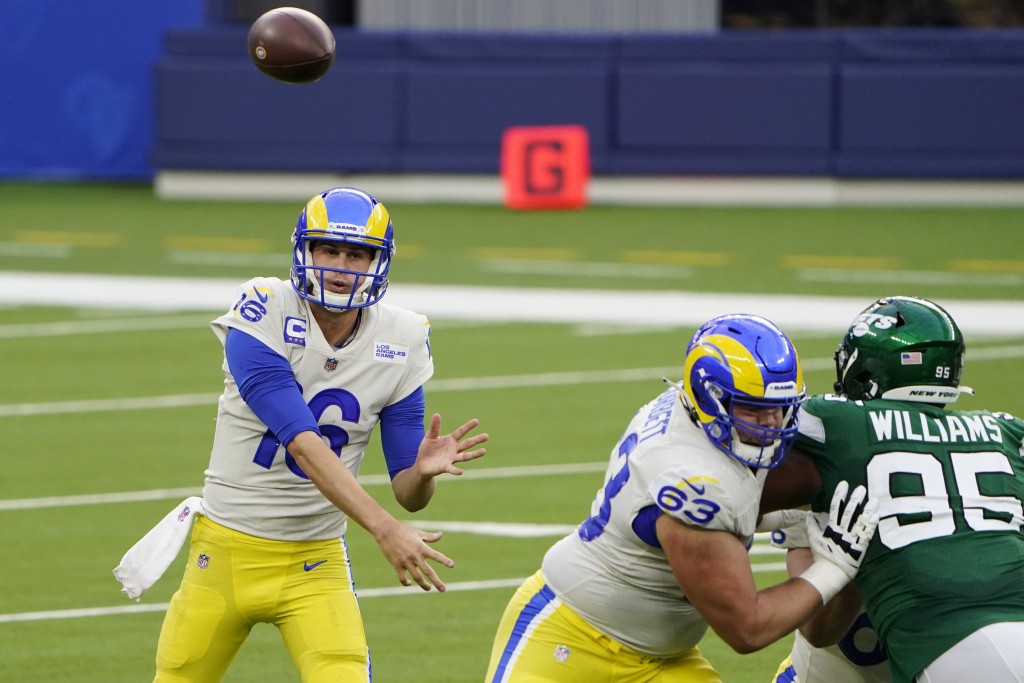 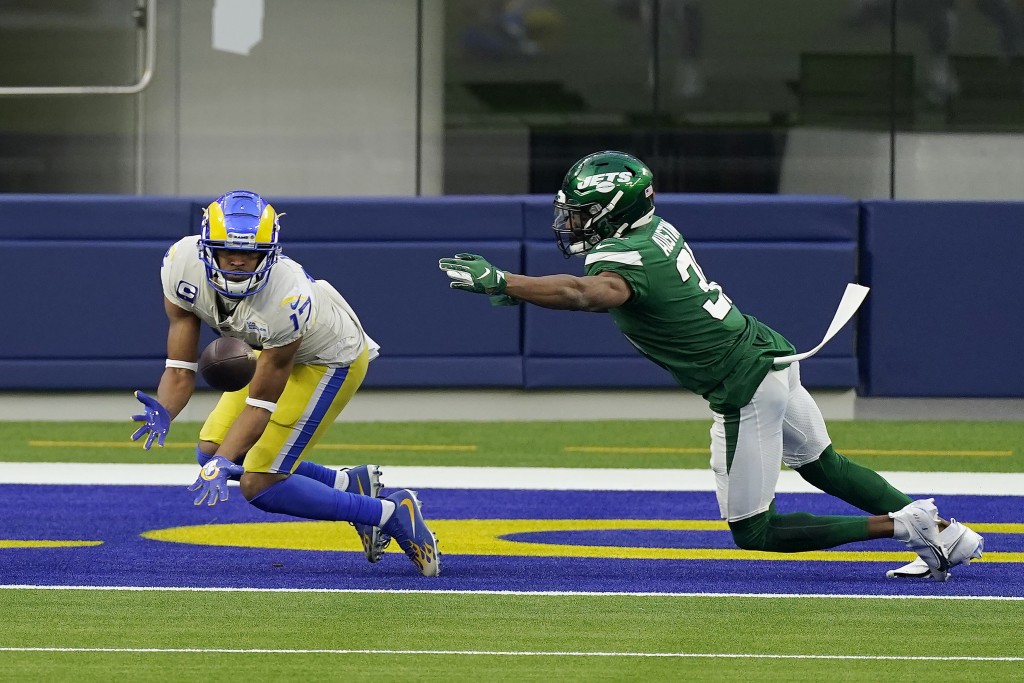 INGLEWOOD, Calif. (AP) — Sam Darnold passed for 207 yards and the New York Jets finally earned the first victory of their miserable season Sunday, holding on for a 23-20 win that erased the possibility of the third winless 16-game season in NFL history.

Frank Gore rushed for an early touchdown and made a decisive third-down reception with 2:05 left for the Jets (1-13), who also ended the longest losing streak in franchise history with a strong start and a gritty finish at SoFi Stadium.

Embattled coach Adam Gase got his first win of the year only after New York blew most of a 17-point lead in the second half. The Jets’ defense stopped the Rams on downs at midfield with 3:54 to play before Darnold hit Gore with a short pass over the middle to convert a third down that allowed the Jets to run out the clock.

New York might have ruined its chances at the No. 1 overall pick in the draft because Jacksonville (1-13) is likely to win a tiebreaker based on strength of schedule. But possibly missing the chance to draft Trevor Lawrence meant nothing to the celebrating Jets, who were thrilled to avoid the ignominy of a winless year.

Darnold, the Jets’ embattled third-year quarterback, looked right at home in his first pro game in his native Southern California. The former USC Trojans star went 22 of 31 with a touchdown pass and no interceptions.

New York had a 13-3 lead at halftime after holding the Rams to 97 yards, and the Jets led 20-3 midway through the third quarter. Los Angeles chipped the deficit down to three points.

Sam Ficken kicked three field goals for the Jets, whose 32nd-ranked offense put up only 289 yards against the NFL’s No. 1 defense — but scored enough points to win.

Of the nine teams in NFL history to start 0-13, the Jets were the fourth to win in Week 15.

Robert Woods and Tyler Higbee caught TD passes for the Rams (9-5) in the most humiliating loss of coach Sean McVay's largely successful four seasons in charge.

Jared Goff passed for 209 yards for Los Angeles, which could have clinched a playoff berth with a victory over the NFL's worst team after an extra-long week of rest. The Rams had won four of five to surge to the top of the NFC West, but their inconsistent offense was inept, while their elite defense wasn't sharp, allowing the Jets to convert seven third downs.

The Rams still can win the division if they can beat the Seahawks in Seattle next week, but their task got exponentially harder.

The Jets started out just as impressively as they usually do, marching for a score on their eighth consecutive opening possession. New York went 74 yards capped by an 18-yard catch-and-run by Ty Johnson for his first career receiving TD.

New York tacked on two field goals after a blocked punt and an interception by Bryce Hall, who made an exceptional play to fool Goff into the quarterback's 12th interception.

The Rams' offense was largely ineffective for the entire first half, managing just 63 yards until a drive shortly before halftime led to Matt Gay's 45-yard field goal at the gun. Goff was tentative and inaccurate, while his offensive line struggled to protect him or to create holes for the running game.

New York opened the second half with a clock-consuming drive capped by a TD push on fourth down from the 1 by Gore, who scored the 16th TD of his career against the Rams.

Cam Akers' 18-yard rush for a TD with 7:35 to play was wiped out by a holding penalty, and former Rams lineman John Franklin-Myers got a key sack that forced the Rams to kick another field goal with 6:35 left.

Nsimba Webster's huge punt return put the Rams in Jets territory moments later, but the New York defense held with help from penalties. Safety Marcus Maye made a beautiful deflection of a pass intended for Gerald Everett on fourth down when the Rams elected to go for it instead of trying a long tying field goal.