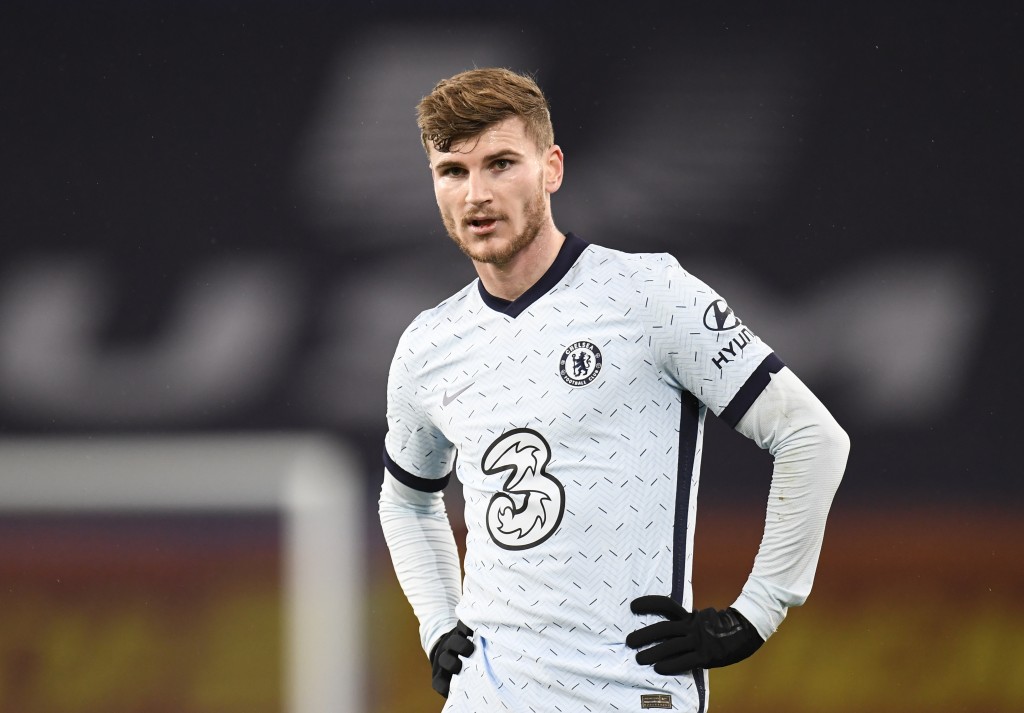 Chelsea hosts West Ham with Frank Lampard's team looking to avoid a third successive loss in the Premier League. The game comes with Chelsea striker Timo Werner accepting he has struggled in recent weeks, having underestimated the challenge of the Premier League and going eight matches without a goal in all competitions. West Ham is only one point behind eighth-place Chelsea. The start has raised hopes that David Moyes, who was hired by West Ham to fight relegation 12 months ago, could instead look at trying to qualify for Europe. Burnley plays Wolverhampton buoyed by a three-match unbeaten run for Sean Dyche's side as it tries to escape the relegation zone. The Clarets have scored only six times in 12 league games this season but have kept four clean sheets from their last six games and only conceded six times in that period, with five of those goals at Manchester City.