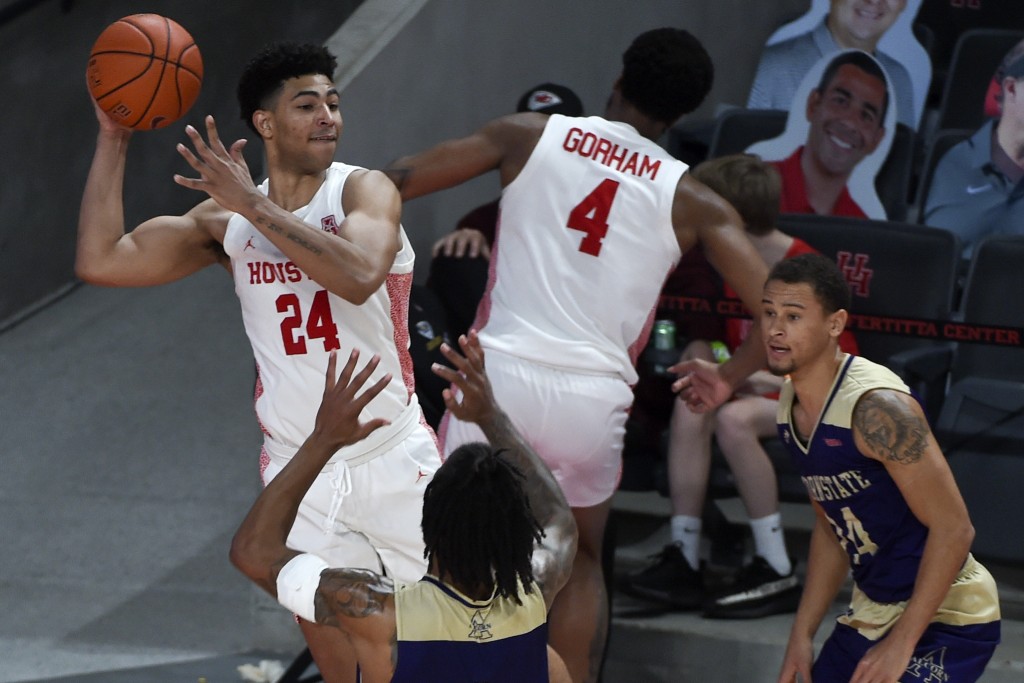 Jamal Shead added 10 points for Houston. The Cougars shot 50% and had a 48-29 rebounding advantage, including 21-10 on the offensive boards. Houston turned that into a 23-8 edge in second-chance points.

STORRS, Conn. (AP) — Christian Bishop scored 19 points and Creighton had a 9-0 run in overtime to beat UConn in the Huskies’ first Big East game since March 2013.

Mitch Ballock added 13 points for the Bluejays (6-2, 2-1), and Marcus Zegarowski had 11 points and eight rebounds.

James Bouknight scored a career-high 40 points for the Huskies (3-1) in their first game in 17 days because of coronavirus-related issues. They spent the last seven seasons in the American Athletic Conference.

Brown made four free throws during the final 37 seconds as Texas (7-1) survived a late Oklahoma State rally that included two 3-point baskets by Bryce Williams in the final 11 seconds. Brown made a pair of 3-pointers during a 17-0 Texas run in the second half. He also had three blocks.