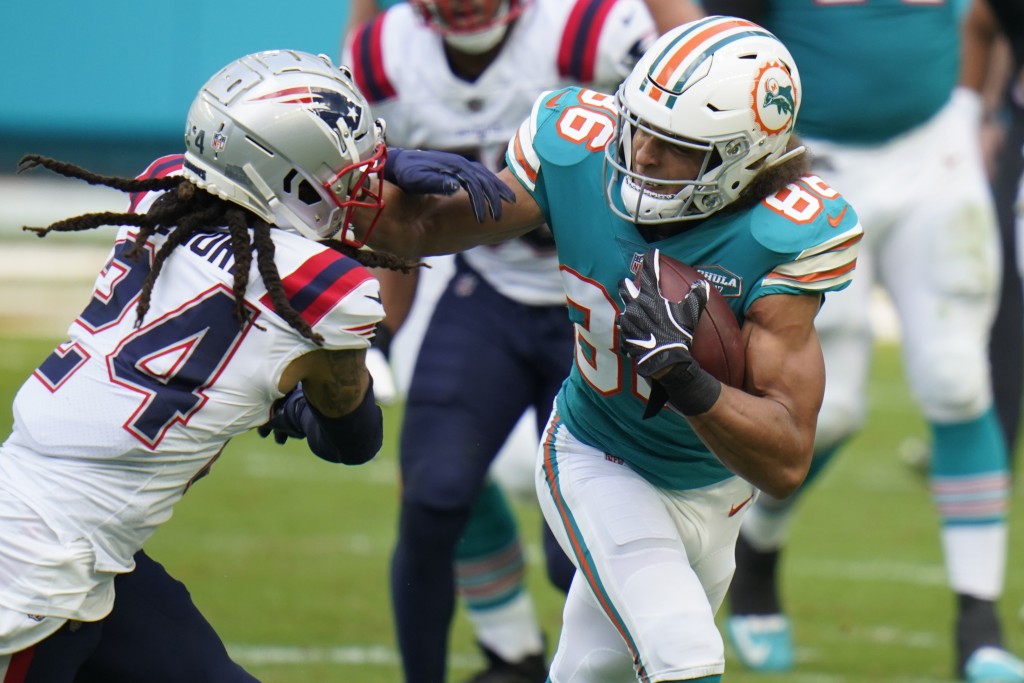 New England Patriots cornerback Stephon Gilmore, the reigning NFL Defensive Player of the Year, suffered an injury to his right leg in the second quarter of a 22-12 loss to the Miami Dolphins on Sunday.

Gilmore was hurt trying to change direction covering a receiver and was helped to the locker room.

Linebacker Ja’Whaun Bentley (arm) also went to the locker room in the first half. Defensive end John Simon (hamstring) and C David Andrews (calf) were sidelined in the second half. Leading rusher Damien Harris was inactive because of an ankle injury.

The Patriots were eliminated from postseason contention.

In other injury news:

— Texans right tackle Tytus Howard (concussion protocol) left in the second quarter. The team said Howard will remain in an Indianapolis hospital overnight as a precaution.

— Colts receiver Marcus Johnson left in the first half with an injured quad and did not return.

— Seahawks rookie running back DeeJay Dallas was carted off after injuring his right ankle on kickoff coverage. Coach Pete Carroll said X-rays were negative and Dallas had a sprained ankle. Seattle played much of the game without two starters on the offensive line after left guard Mike Iupati left with a neck injury. Right tackle Brandon Shell was inactive with an ankle injury.

— Lions right tackle Halapoulivaati Vaitai, starting for Tyrell Crosby, was ruled out for the second half with a concussion.

— Buccaneers cornerback Carlton Davis, who leads Tampa Bay with four interceptions, was ruled out early in the second half with a groin injury.

— Falcons cornerback Blidi Wreh-Wilson went out in the first half after falling ill and did not return. Guard James Carpenter (groin) and cornerback Isiah Oliver (cramping) also went out.

— Dolphins guard Solomon Kindley limped off the field in the third quarter.

— Cowboys safety Xavier Woods left with a chest injury and didn’t return. Linebacker Leighton Vander Esch injured an ankle in the third quarter. Defensive tackle Antwaun Woods injured his left ankle in the first half. Wide receiver Michael Gallup, who had a first-half touchdown catch, injured a hip in the second half and didn’t return.