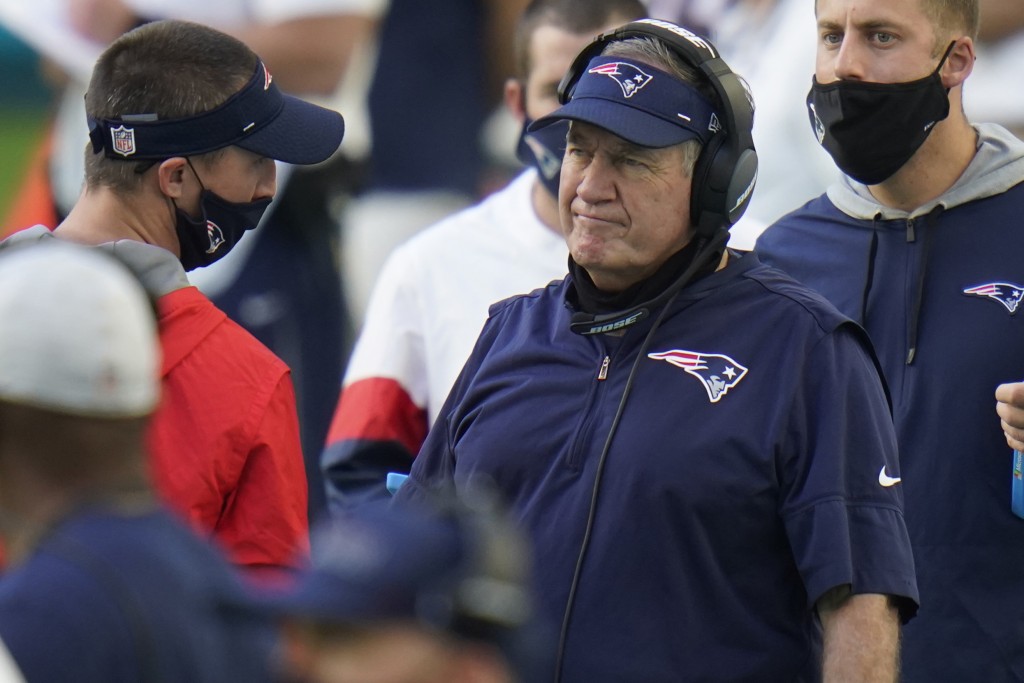 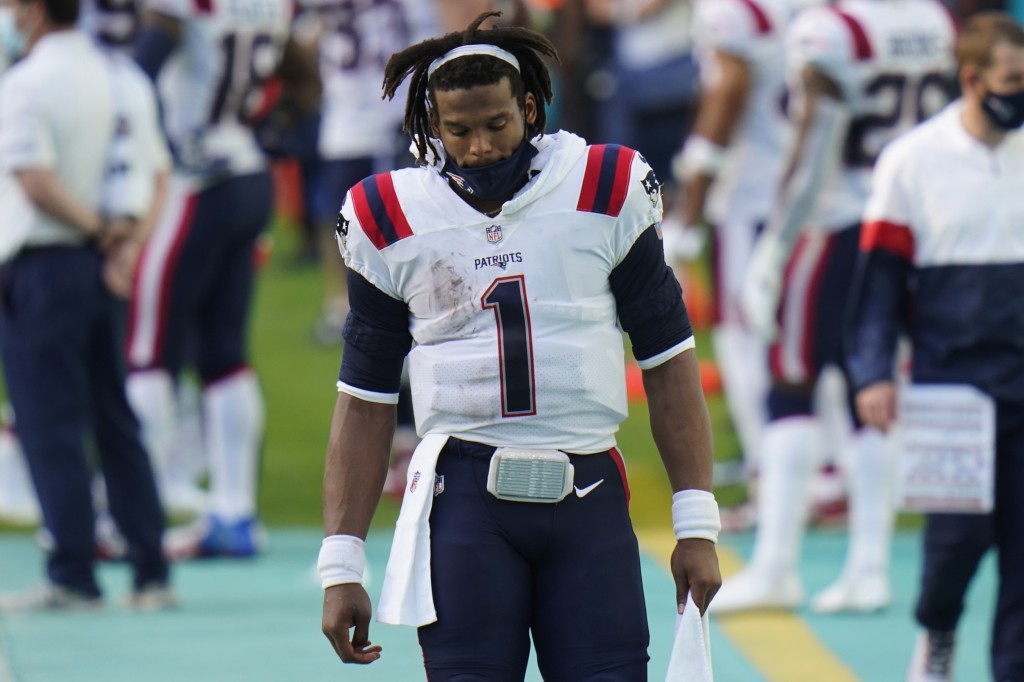 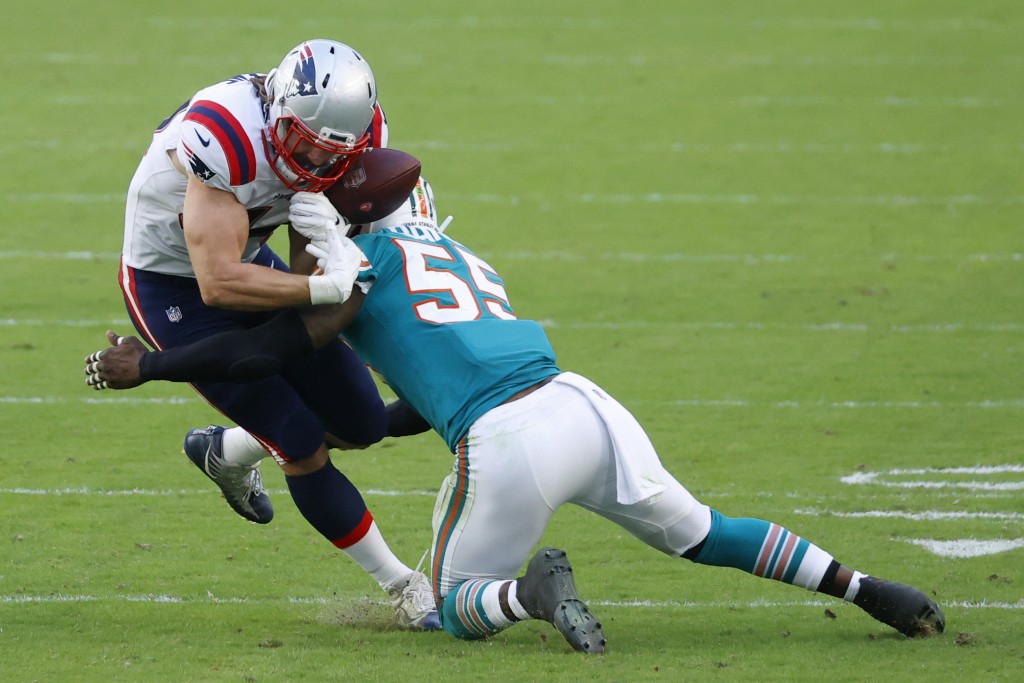 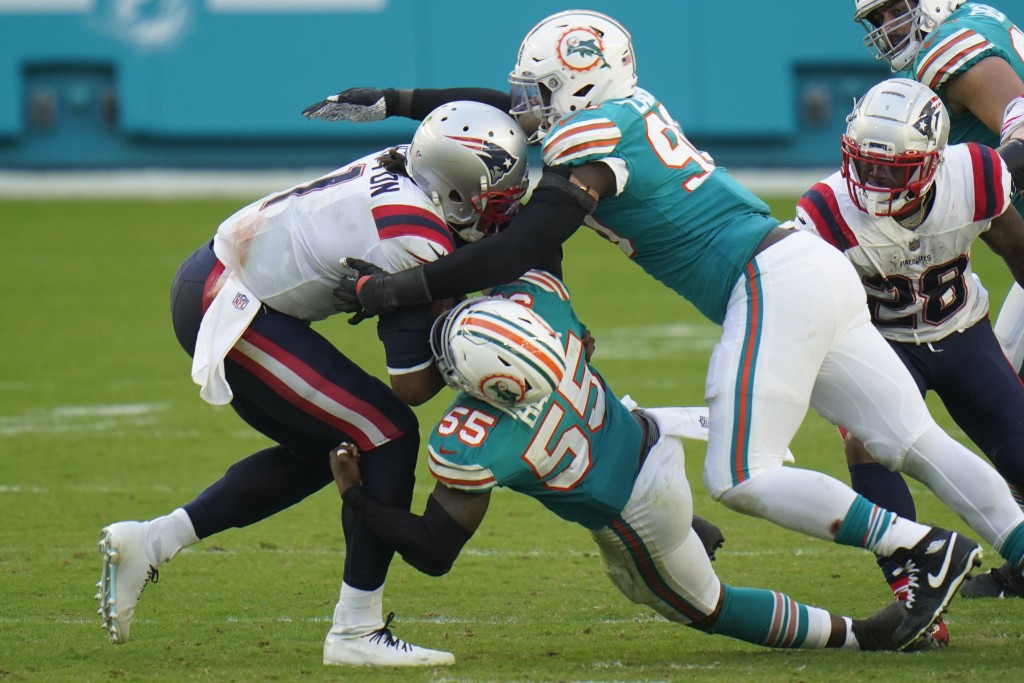 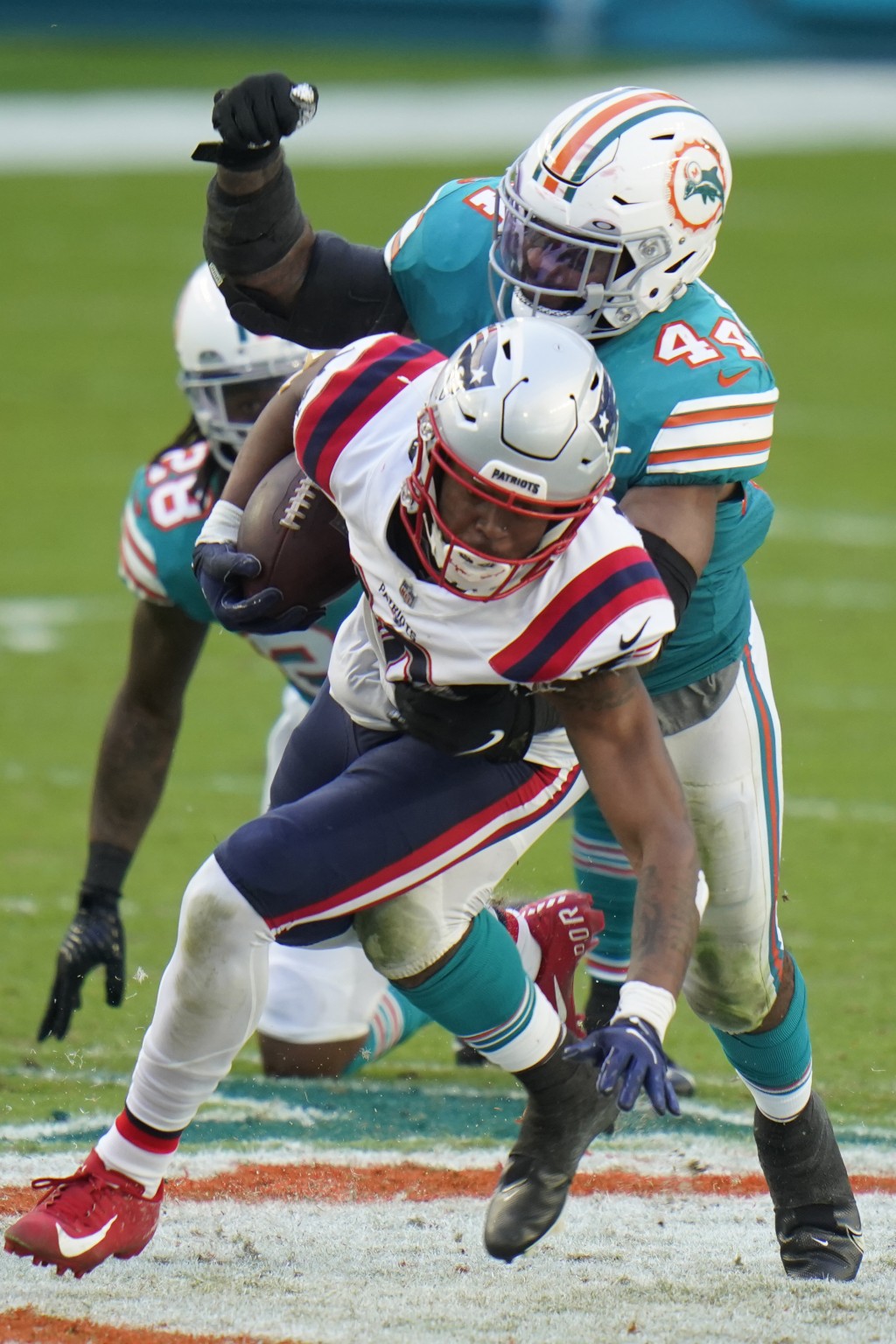 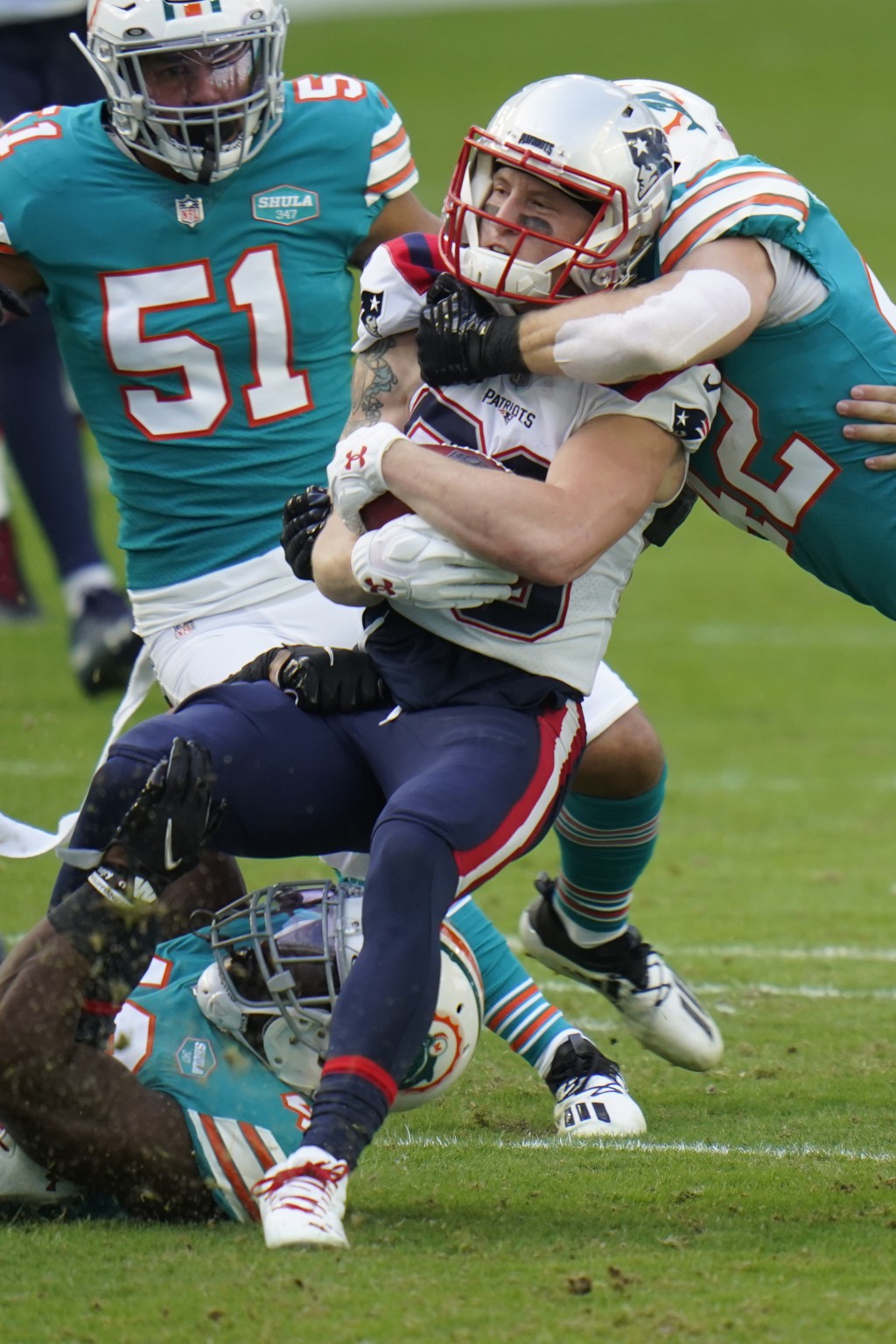 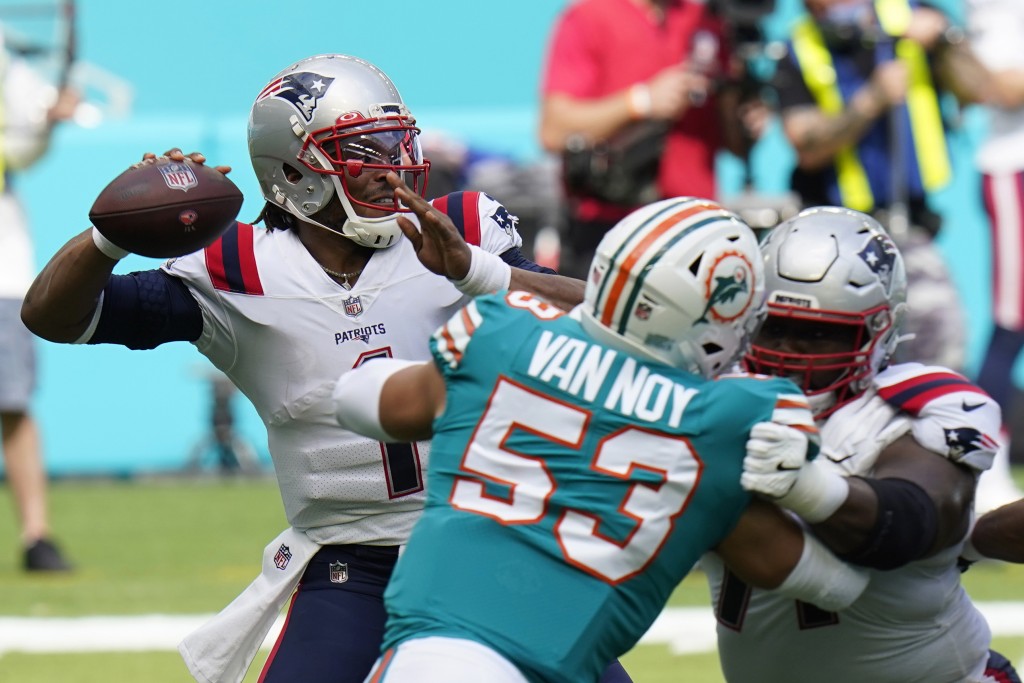 MIAMI (AP) — Some things with the New England Patriots haven't changed, such as Bill Belichick's impassive demeanor, win or lose.

He wore a protective mask and offered only a few words as he stared into a camera Sunday and described his reaction to being left out of the playoffs for the first time in 12 years.

“Disappointed,” Belichick said. “But we didn't deserve to win today.”

Moments earlier, he had acknowledged that the best team won by offering a congratulatory hug to his former assistant, Brian Flores.

The Miami Dolphins, coached by Flores, steamrolled Belichick's Patriots 22-12 as the latest signal the balance of power has shifted dramatically in the AFC East.

The defeat eliminated the Patriots (6-8) from playoff contention, ending their NFL-record run of 11 consecutive postseason appearances in Year 1 of the post-Tom Brady era.

“We knew what was at stake,” receiver Jakobi Meyers said. “We have to take it on the chin and come back.”

The Patriots will finish at .500 or worse for the first time since 2000, the year they drafted Brady. They fall one year short of matching the Dallas Cowboys’ NFL record of 20 consecutive winning seasons.

“We know what the standard is around here,” quarterback Cam Newton said. “We just came up short. That’s doesn’t mean were not good enough, because we are. We just didn’t show it.”

Flores' Dolphins (9-5), by contrast, strengthened their chances of earning a wild-card berth. The Buffalo Bills (11-3) have already clinched their first AFC East title since 1995.

The Patriots will finish with fewer victories than a division rival for the first time since 2000, Belichick’s first season in New England. He acknowledged a shift — at least on Sunday.

“Miami was just better than we were today,” he said. “That’s the bottom line.”

“They competed harder than us," he said. "They just flat-out beat us.”

Brady's absence was again felt. Newton threw for 209 yards and ran for 38, but for the second consecutive game he failed to get New England into the end zone.

Also for the second week in a row, the Patriots' run defense was manhandled, even though injuries left the Dolphins bereft of receiving threats. Undrafted rookie Salvon Ahmed and veteran Matt Breida helped Miami rush for 250 yards, the most allowed by New England since 2013.

The Patriots shut out the Dolphins in the first half, but then allowed three touchdown drives of more than 70 yards.

The Dolphins started possessions at their 2- and 10-yard lines, and each time grinded out a drive of at least 90 yards. They averaged 6.0 yards a carry, well above their NFL-worst average of 3.6 for the season.

For the 2020 season, the time to fix those problems has run out.