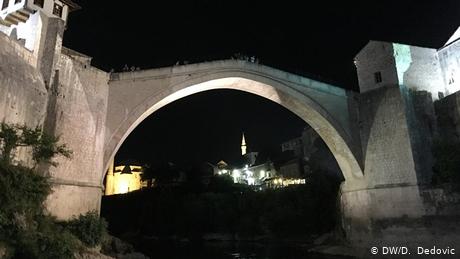 Citizens in Mostar cast their votes on Sunday in the city's first local election in 12 years, after the ethnically divided city agreed on long-disputed electoral rules.

The city, which is located in southern Bosnia and Herzegovina, is famous for its 16th century Ottoman-era bridge. The bridge was destroyed during the country's 1992-95 war and then rebuilt in the early 2000s. Muslim Bosniaks and Catholic Croats have fought for control over the city throughout the conflict, and remain largely separated by the city's river. Damaged buildings and poor infrastructure dominate the city's center to this day.

Mostar has not held a local election since 2008, when the country's constitutional court declared its election rules to be discriminatory and ordered that they be changed.

The local politicians only managed to settle a dispute following a 2019 court ruling. The case was launched by philosophy teacher Irma Baralija, who filed a suit against Bosnia at the European Court of Human Rights for failing to hold elections in Mostar.

"This is a very emotional day, for us this has already been a victory," Baralija told Reuters TV, after casting her ballot.

The Party of Democratic Action (SDA) is the dominant nationalist Bosniak party while the Croatian Democratic Union (HDZ) is the largest political party of Bosnian Croats. Both parties hope to retain the power they have had over the past decade but smaller, multi-ethnic parties are competing for seats in the city council.

The SDA and HDZ have each governed its own part of the splintered city and its separate utilities, postal companies, universities and hospitals.

Many residents are hoping Mostar will see improvements so that its young people no longer have to search for opportunities elsewhere. Thousands of the city's citizens have left abroad in the hopes of a better life.

"I expect the city to start functioning because so far nothing has been functioning," Reuters cited Hedija Hadzic, a woman in her 50s, as saying.

According to election authorities, around 17% of about 100,000 registered voters had cast their ballots by 1000 GMT, adhering to coronavirus measures. Polls close at 1800 GMT and the first partial results are expected overnight.