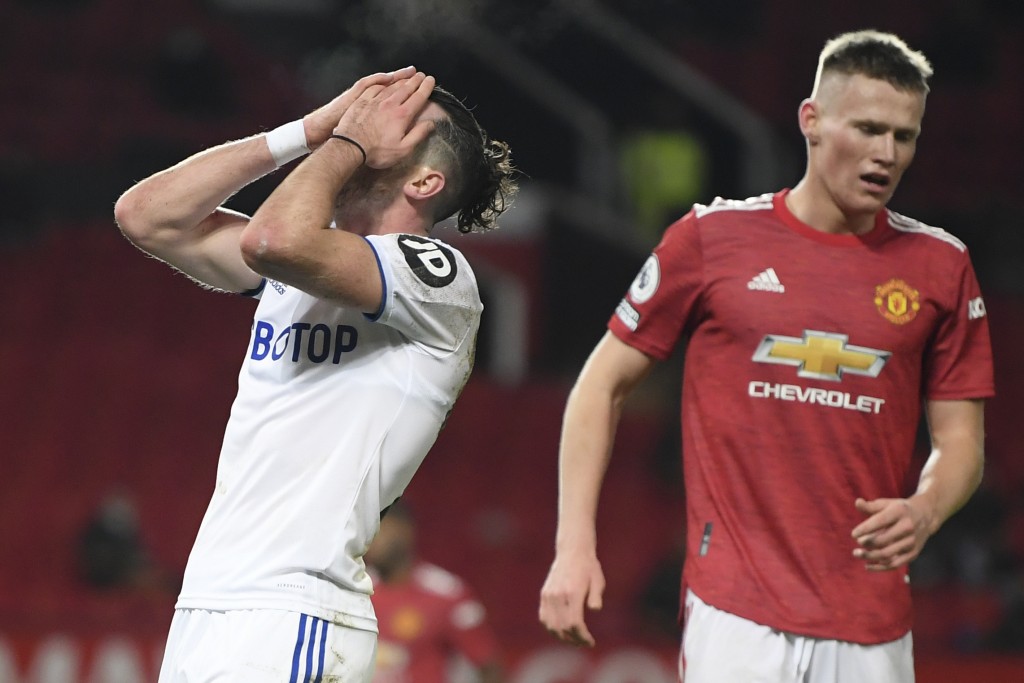 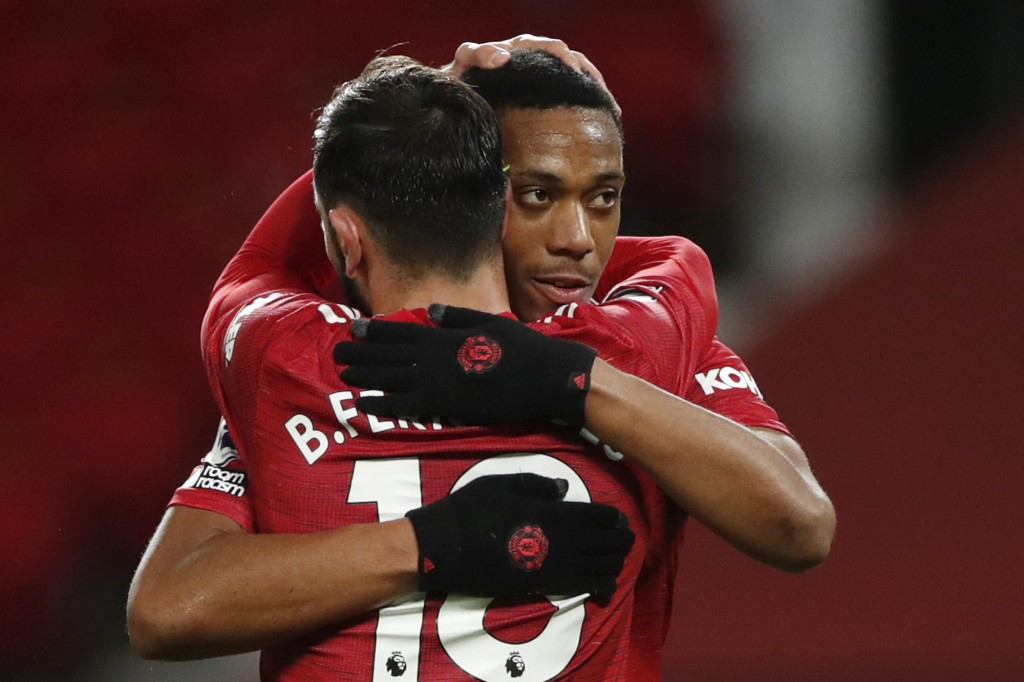 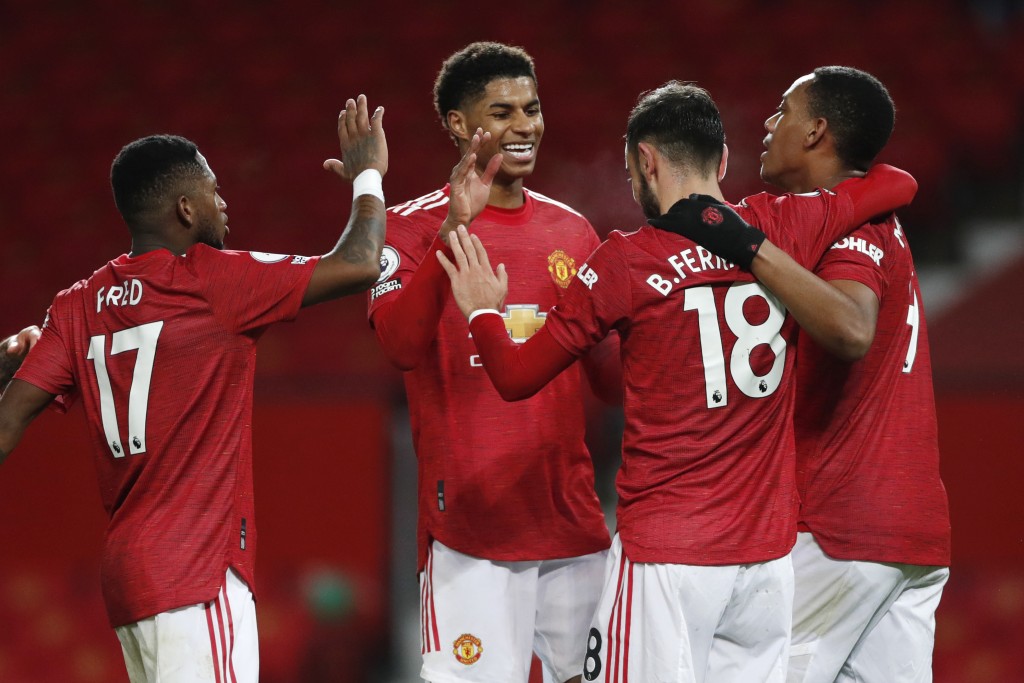 McTominay scored both of his goals within the opening three minutes as Leeds failed to track his runs from midfield. Fernandes soon made it three off a loose ball in the penalty area, and Victor Lindelof knocked in a fourth when Leeds lost track of him at a corner.

Daniel James and Fernandes — from the penalty spot — scored for United in the second half. Liam Cooper and Stuart Dallas' goals for Leeds never seemed like the start of a comeback.

United moves up to third, with a game in hand on second-place Leicester and Liverpool.

The win ended United fans' long wait for a league game against Leeds — the last was in 2004 — and for an emphatic win at Old Trafford.

Before kickoff, only Brighton, Burnley and Sheffield United had earned fewer league points at home, and United's only home win was an underwhelming 1-0 against West Bromwich Albion last month.