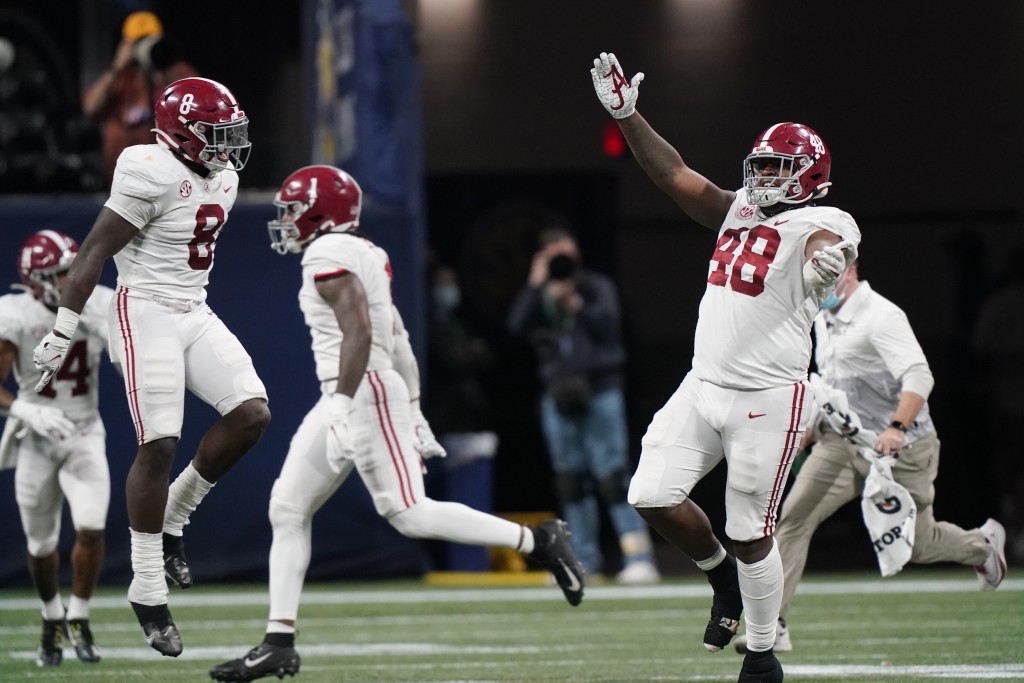 The semifinal game to be played Jan. 1 was moved from Pasadena to AT&T Stadium in Arlington, Texas, on Saturday night, ostensibly based on the growing number of COVID-19 cases in the Los Angeles area, but also the ban on fans at spectator sports in California.

It's still unclear whether the game in the Dallas Cowboys' stadium will be called the Rose Bowl, but the decision ended a streak of 78 straight years in Pasadena for a bowl game first played in 1902.

Clemson coach Dabo Swinney and Notre Dame coach Brian Kelly both complained last week about the California state government's decision not to allow families to attend the Rose Bowl, denying two waiver requests by the game. Kelly even claimed his team might boycott the game if forced to play without families in the stands.

In the end, Clemson was assigned to the Sugar Bowl semifinal, while Kelly's team will have the players' families in the stands in Texas in a game between two of the most storied programs in college football, pitting the national championship favorites against the final addition to the four-team playoff.

“Just so excited that everybody that’s involved understands how important that was, and we’re grateful to the Rose Bowl to make that change,” Kelly told ESPN. “I know it was difficult. ... I’m just really grateful that everybody was able to sit down, think about it (and decide) that this made sense to get the families to the game. It wasn’t really about the fans, because our guys have done fine without fans, but this was really about the families.”

Alabama (11-0) won the SEC and rolled through its schedule with another high-powered season under coach Nick Saban, who is chasing his sixth national championship with the Crimson Tide. They topped the CFP rankings from start to finish this season after missing the playoff last year for the only time since the system began, capping their unbeaten season by beating Florida 52-46 in the conference title game Saturday night.

Notre Dame (10-1) beat out Texas A&M for the final playoff spot, and the Fighting Irish will be major underdogs against the powerhouse Crimson Tide. Alabama famously routed the Irish 42-14 in the BCS National Championship Game on Jan. 7, 2013.

“We understand that if we don’t play to our standard, we could be beaten down pretty bad,” Kelly told ESPN. “Our guys recognize what they’ll need to do relative to the mental preparation of playing a great football team in Alabama. Now we’re much better prepared than we were in 2012 in terms of the physicality on both lines. I think we have the ability to move the football, certainly. ... We’ve been humbled about the way we play, and this team has always come back with a resilience and an edge about them.”

The Irish had been No. 2 in the CFP rankings for the past month, but their 34-10 loss to Clemson in the ACC title game put their playoff hopes in jeopardy, particularly because A&M won its final seven straight SEC games. Notre Dame’s loss to Clemson snapped its 16-game winning streak, the longest in the FBS.

The playoff committee still chose the wildly popular Irish for the opportunity to be a huge underdog against Alabama. But instead of a week amid the pomp and pageantry of the Rose Bowl, the teams will spend their semifinal week in Arlington, Texas.

The Rose Bowl game had been played in beautiful Arroyo Seco every year since 1942, when the West Coast was deemed unsafe due to the attack on Pearl Harbor just 3 1/2 weeks earlier. Oregon State beat Duke in Durham, North Carolina, in that version of the Rose Bowl.

The festive week of genteel celebrations around the Rose Bowl game had already been mostly canceled. Back in July, organizers scrapped the floral Tournament of Roses Parade, an annual tradition dating to 1890, including every year since 1945.

Southern California’s coronavirus infection rate, while critical, is actually better by percentage of infected population than the situation in Tarrant County, where AT&T Stadium is located. But the Rose Bowl sits in the nation’s most populous county, and California state officials still denied the request to have a few hundred spectators in the 92,542-seat stadium, compelling the late move to Texas.