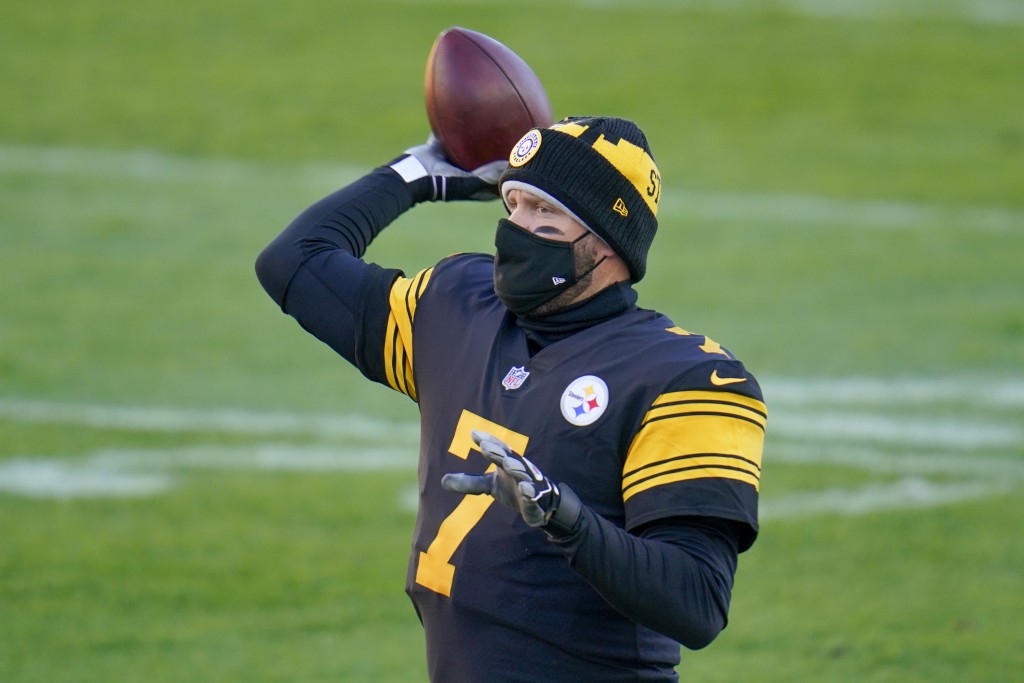 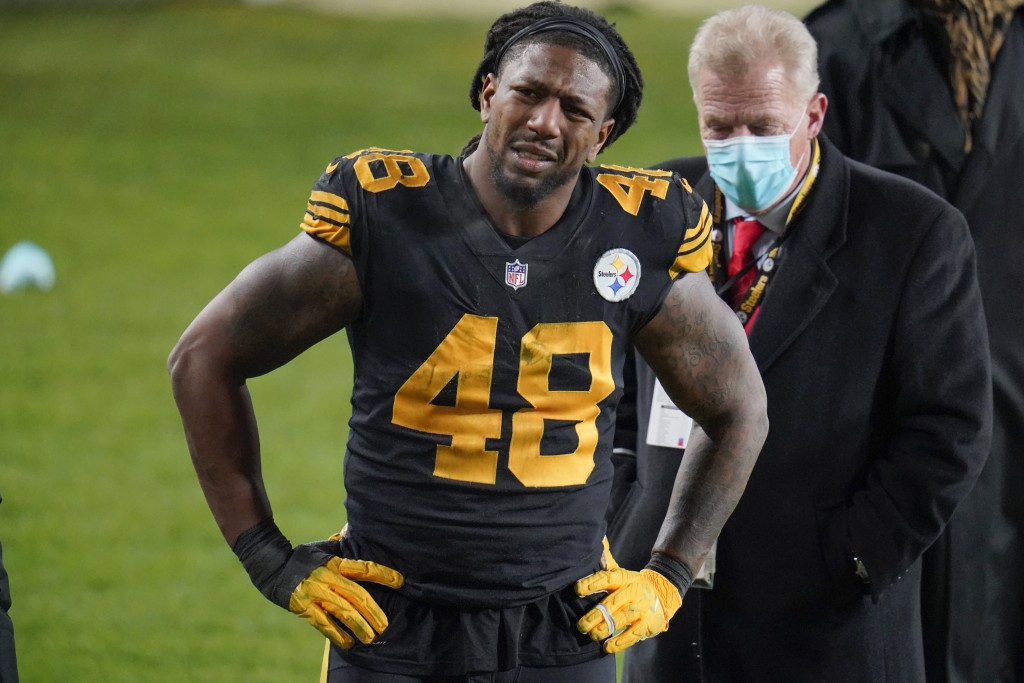 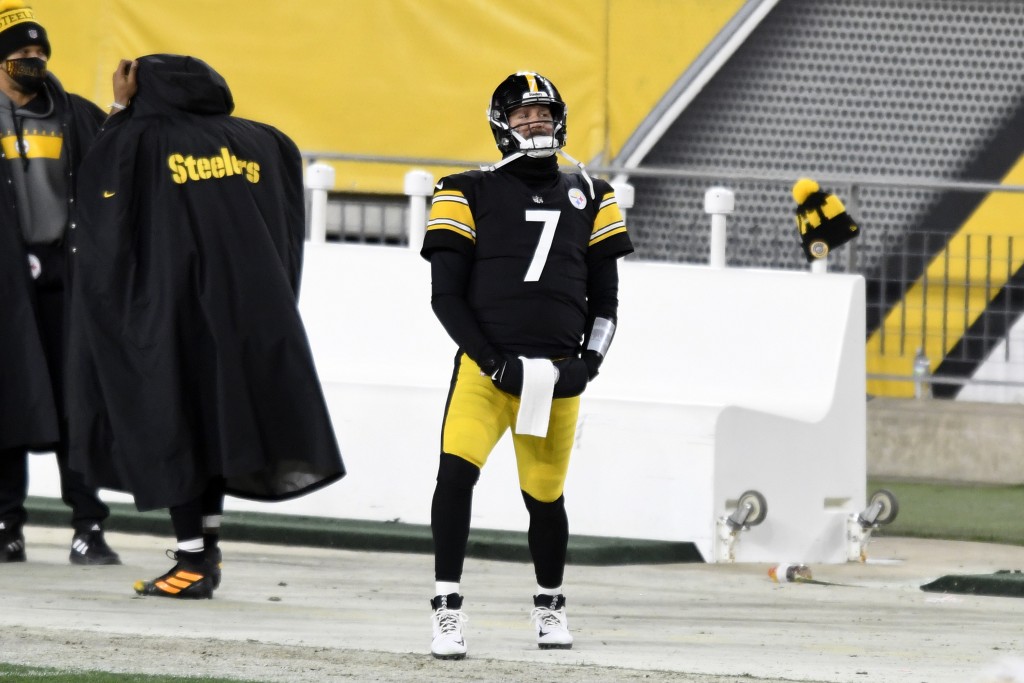 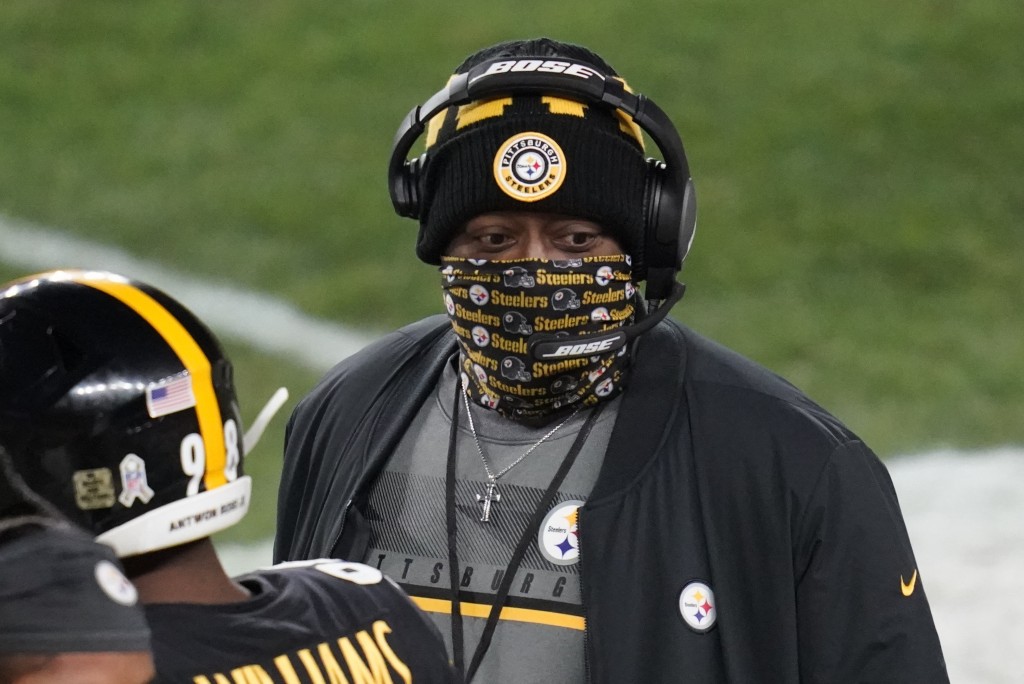 COLUMBUS, Ohio (AP) — Ben Roethlisberger says all the hand-wringers just need to calm down. The Pittsburgh Steelers are going to be fine.

After two straight losses for the Steelers (11-2), some pundits and pessimistic fans already are predicting playoff doom. Roethlisberger is trying to be the voice of reason.

The losses to Washington and Buffalo came after the Steelers reeled off 11 straight wins to start the season with Roethlisberger looking like an MVP candidate. They've already secured a spot in the playoffs, so now it's a matter of clinching the division and positioning for the postseason.

But some weaknesses have been displayed lately. The Steelers have topped 50 yards rushing just twice in their past seven games, an imbalance that has placed an increasingly heavy burden on the 38-year-old Roethlisberger. The injury-ravaged defense allowed Buffalo to put away a 26-15 victory last week.

Roethlisberger, who has seen his share of peaks and valleys in 17 seasons, is confident the Steelers will have it together for the playoffs. They have plenty of time to work out the problems, starting Monday night against the beleaguered Cincinnati Bengals (2-10-1).

“The mindset and the approach that I’m taking is, it’s not the end of the world,” Roethlisberger said. “We have three games left in the regular season. We have guaranteed ourselves a chance at the playoffs. We’re in the postseason. We have three weeks now to get it going, to turn it around, to give ourselves the best chance to reach our ultimate goal, which is winning the Super Bowl. If we were starting the postseason tomorrow, maybe there would be a little bit more panic on our part, like we have to get something figured out right now.”

Defensive tackle Cam Heyward said it's a matter of getting the Steelers amped up again for the stretch and rebuilding momentum ahead of the playoffs.

“I like to let my play show urgency, and I think we’ve got to start having that," he said. “I think you can get lulled into sleep thinking it’s only been two losses.”

“We know exactly what’s going through their mind right now,” Covington said. “They were on a hot streak, being undefeated and then for them to lose the way they’ve been losing, we know they’re going to come with a little extra oomph this week.”

Pittsburgh is traveling to Paul Brown Stadium to face the Bengals, who are playing out another disappointing season marred by a multitude of injuries to key players. Rookie quarterback Joe Burrow suffered a season-ending knee injury on Nov. 22, and Cincinnati has lost all three games since then to extend the skid to five in a row.

Pittsburgh beat the Burrow-led Bengals 36-10 on Nov. 15. This time — because of an injury last week to No. 2 quarterback Brandon Allen — the Steelers defense will see third-stringer Ryan Finley, who has played only sparingly in three games this season.

“For us, it’s about assessing who we have available to us and sharpening our sword for the battle that lies ahead,” coach Mike Tomlin said. “We expect to get the very best of Cincinnati. That’s a rivalry-type game. It’s an opportunity for them to have a feel-good in the midst of a trying circumstance of a season for them."

If Tomlin is overly concerned about a Steelers swoon, he’s not showing it.