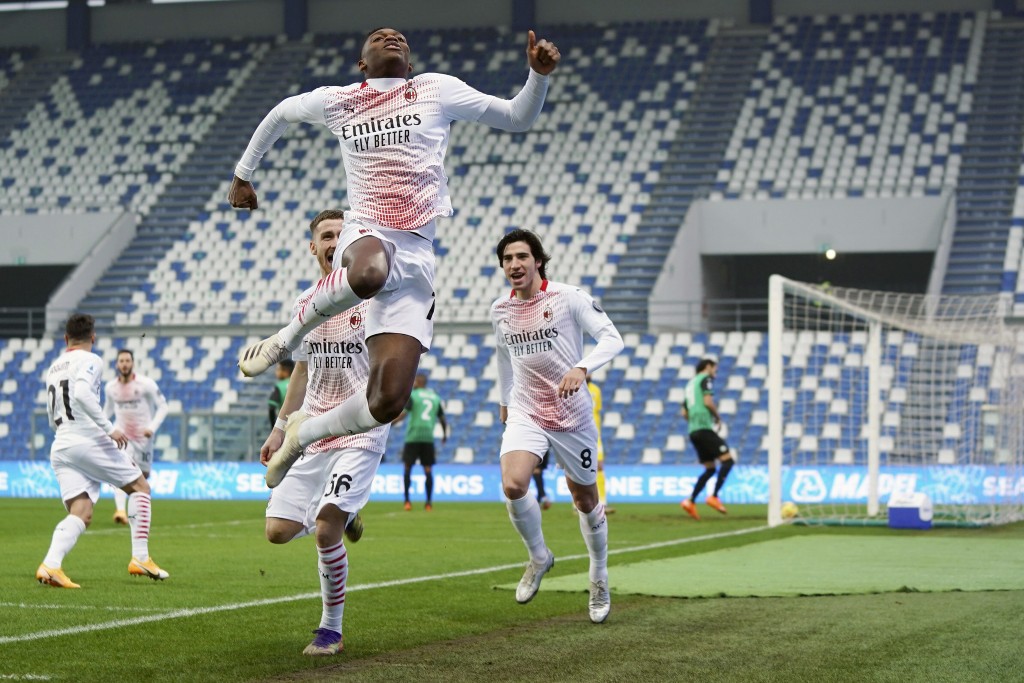 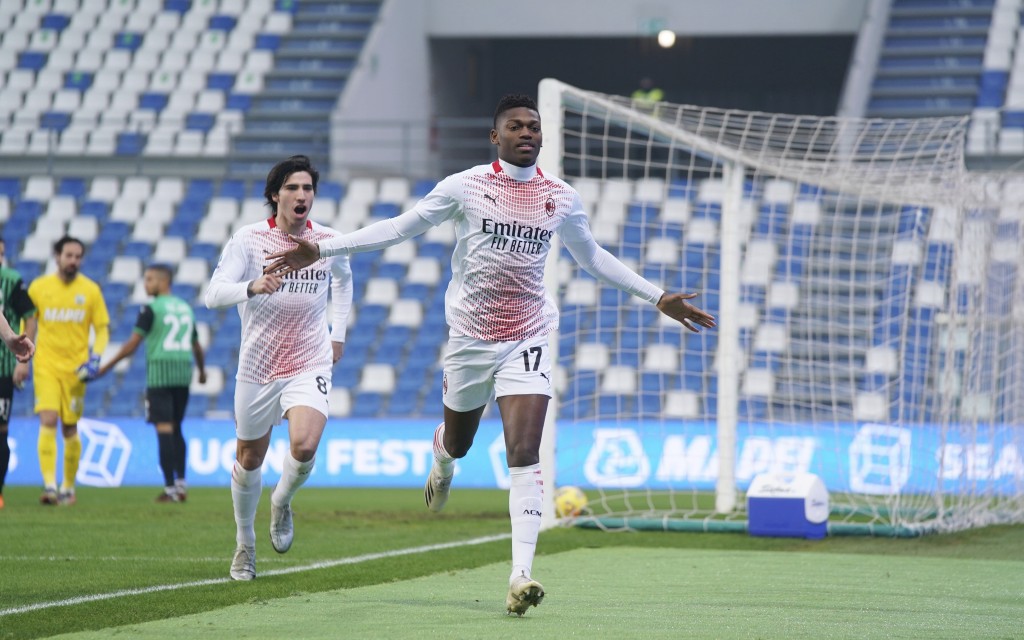 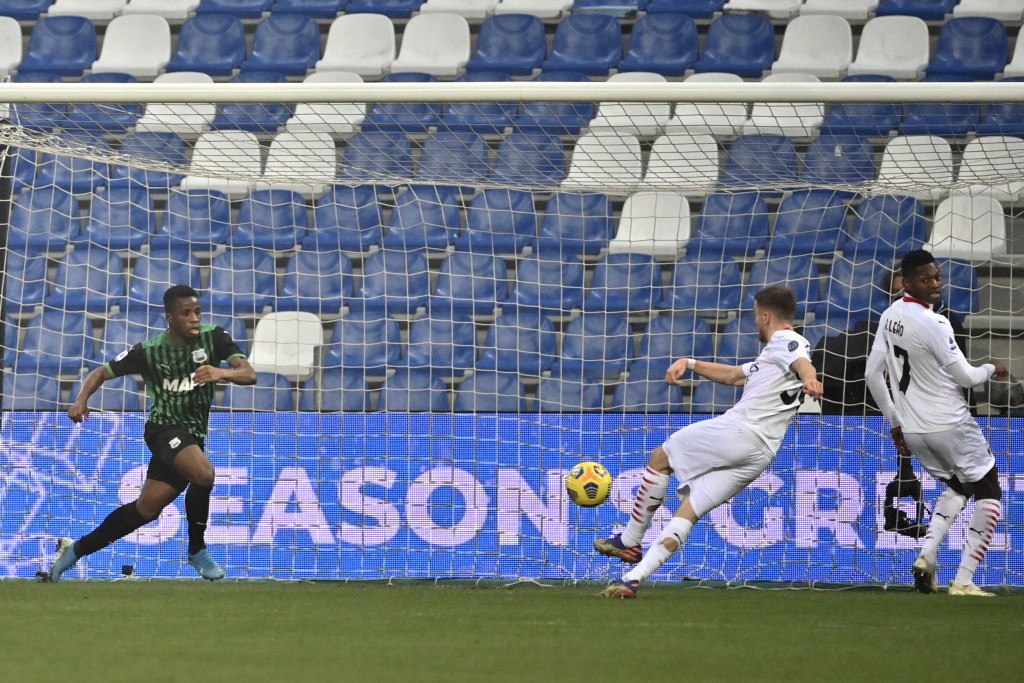 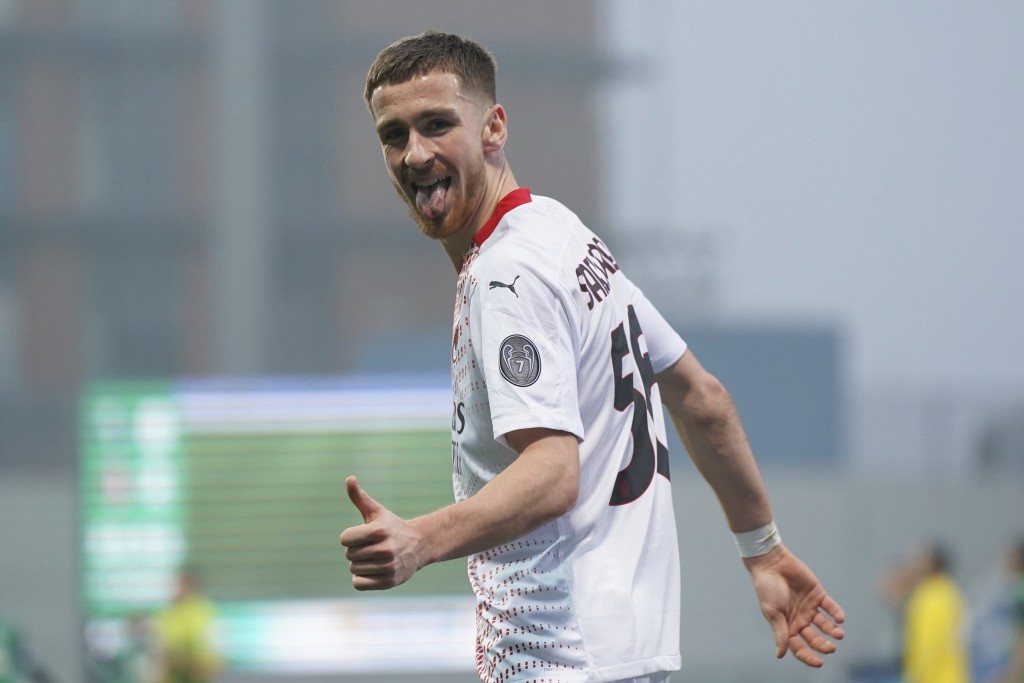 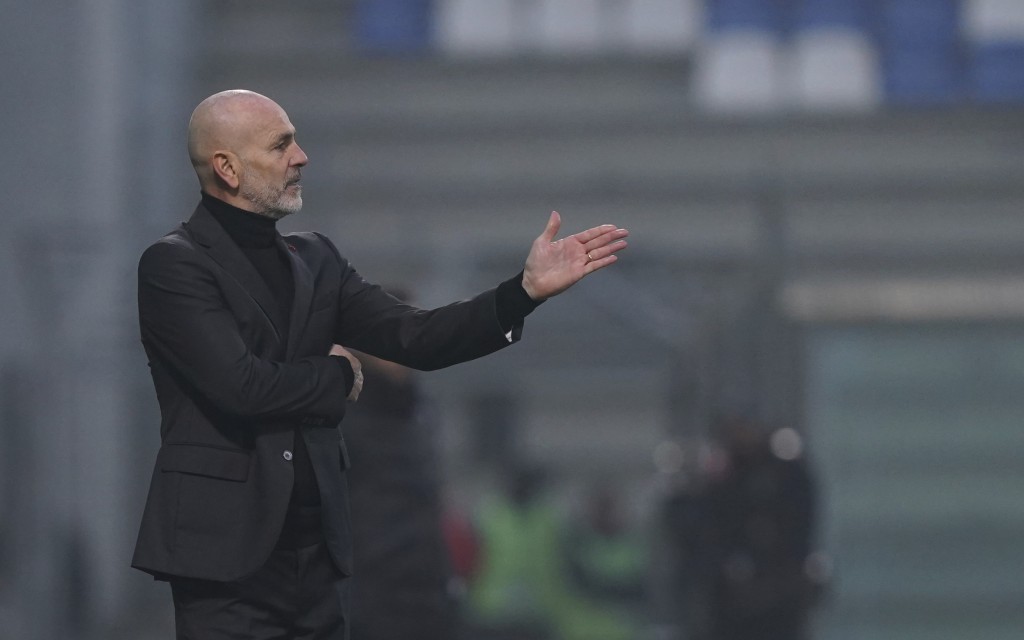 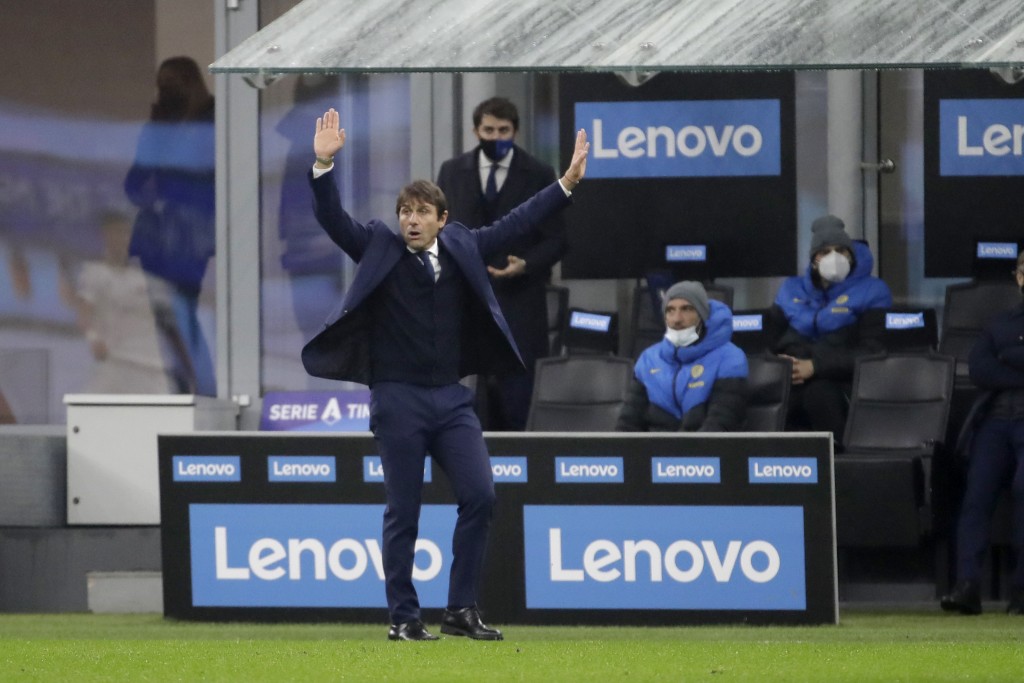 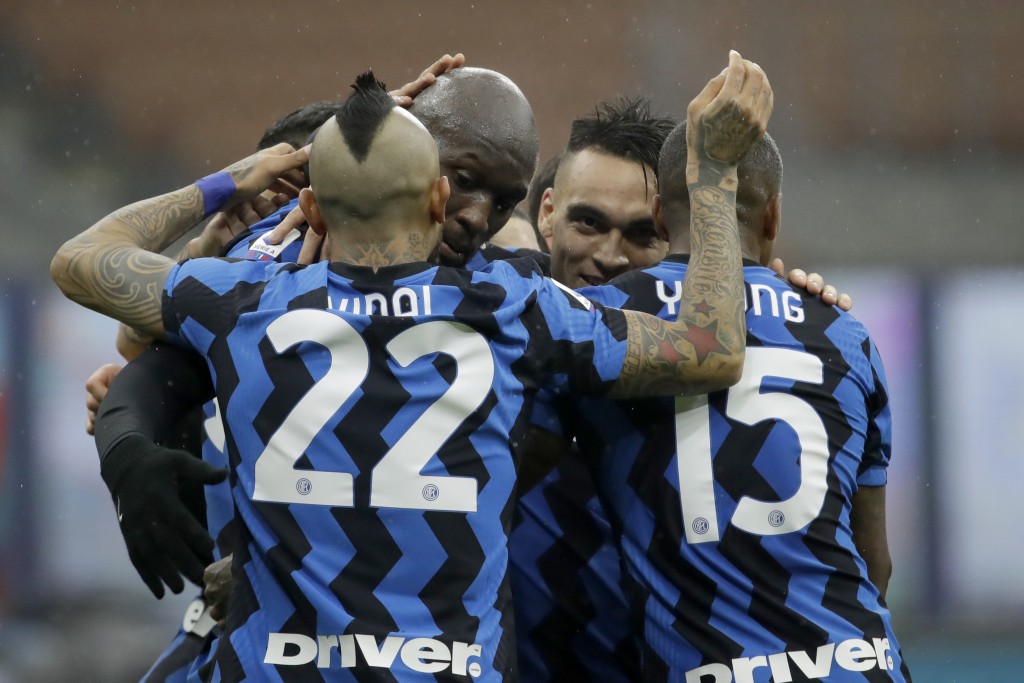 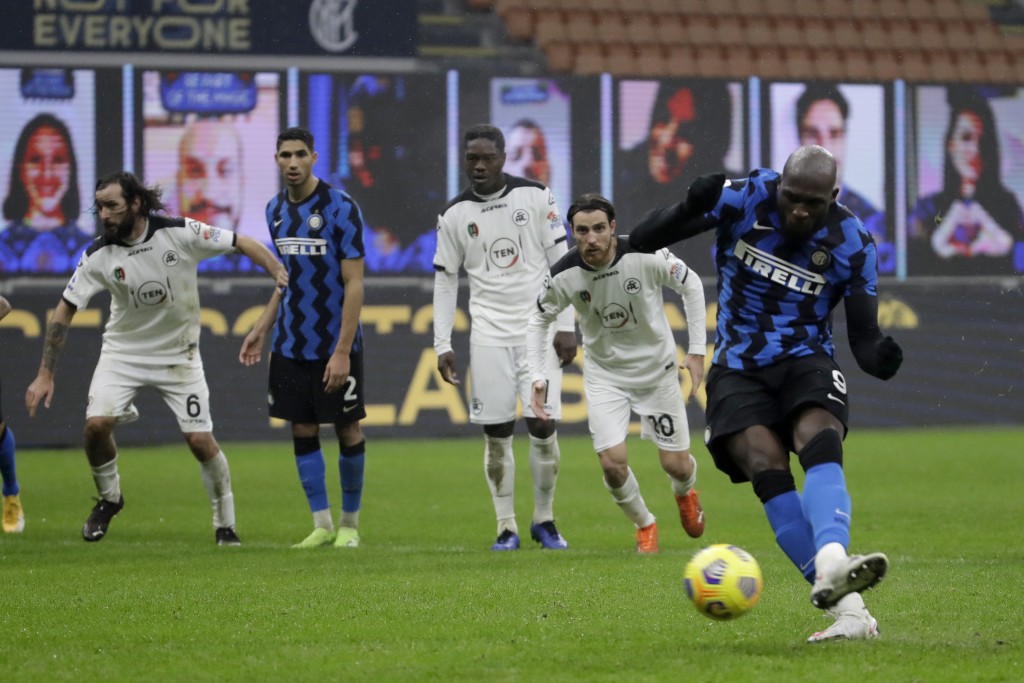 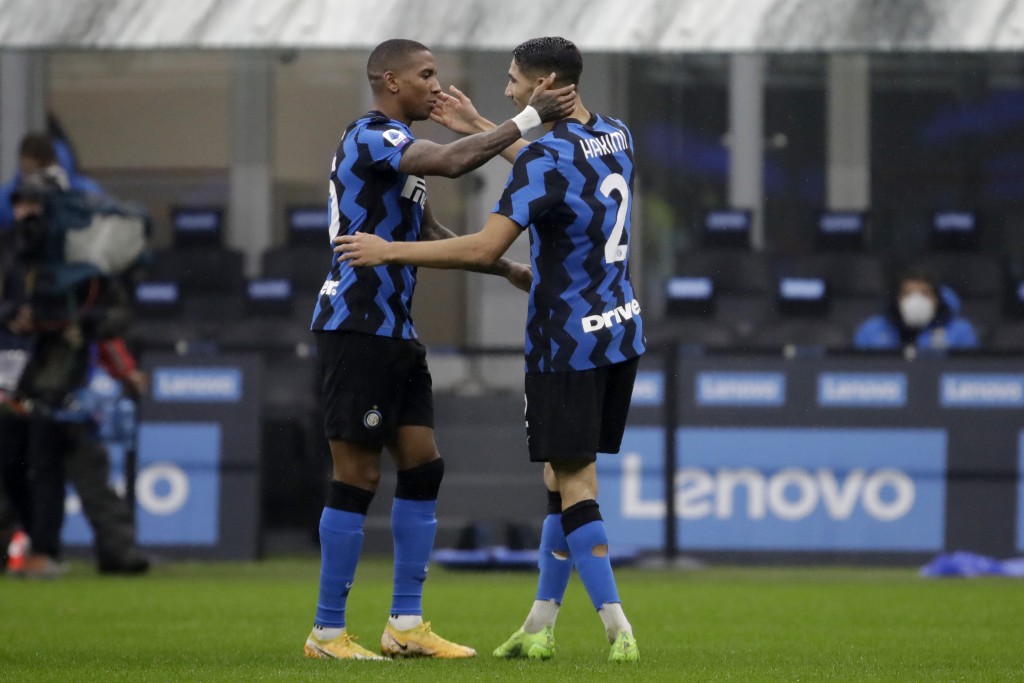 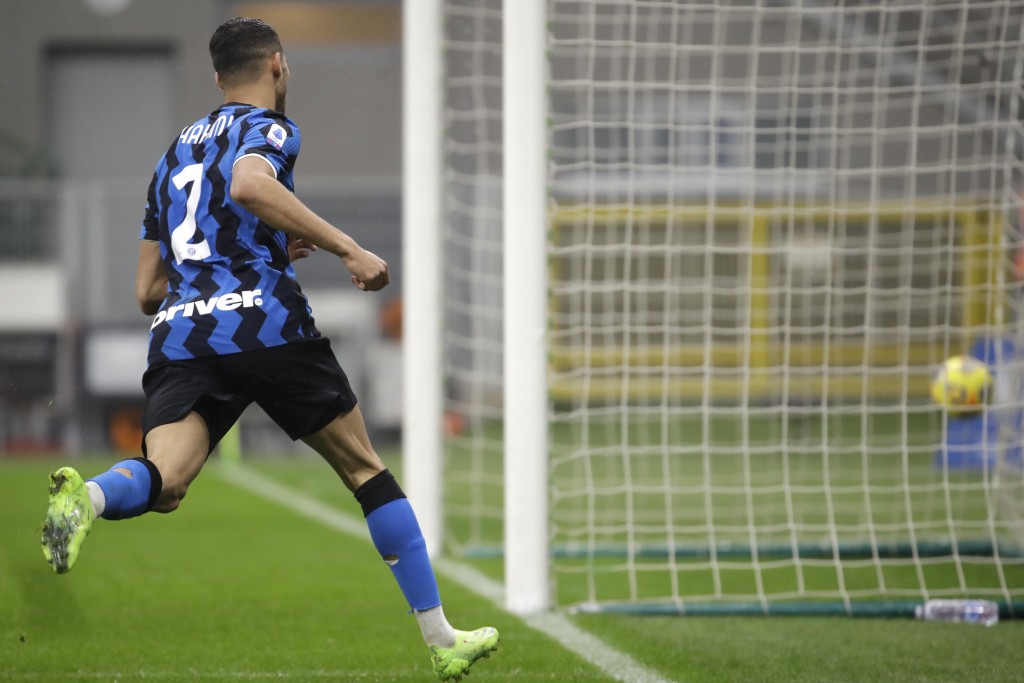 MILAN (AP) — Rafael Leão scored the fastest goal in Serie A history on Sunday, netting after just six seconds to set league leader AC Milan on the way to a 2-1 win at Sassuolo.

Roma can move level with third-place Juventus with a win at Atalanta later. Napoli was also playing later, at Lazio.

Milan was missing several top players, with a number of others joining star forward Zlatan Ibrahimović in the treatment room.

The average age of its starting lineup was again under 23 but it got off to the perfect start when Hakan Çalhanoğlu surged forward from kickoff and threaded the ball through to Leão, who fired it into the back of the net.

Leão thought he had turned provider in the ninth minute when he pulled back for Çalhanoğlu to turn in but it was ruled out because Saelemaekers was offside in the buildup.

Saelemaekers atoned for that in the 26th as he tapped in after being set up by Theo Hernández following a rapid counterattack.

Milan seemed to be heading for a comfortable win before Domenico Berardi’s free kick was deflected in, a minute from time, to set up a nervy finale.

Inter was the in-form team in the league, while Spezia hadn’t won for more than a month.

However, it took Inter until seven minutes into the second half to break the deadlock with Hakimi firing in a smart pass from Lautaro Martínez.

Lukaku doubled Inter’s lead from the penalty spot after a handball from Sassuolo forward M’Bala Nzola.

Substitute Roberto Piccoli netted a consolation for Spezia in stoppage time with his first ever Serie A goal.

A costly mistake from Bologna goalkeeper Angelo Da Costa helped relegation-threatened Torino to a 1-1 draw at home to Bologna.

Torino climbed into 18th spot, four points from safety. Genoa is level on points after losing 2-0 at Benevento.