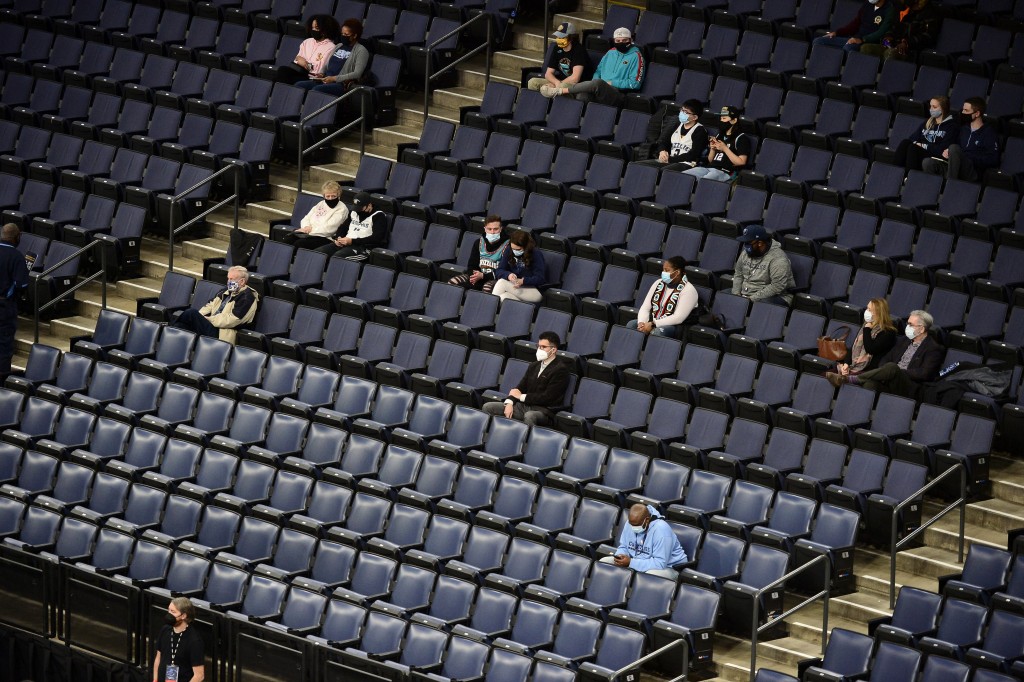 No fans will be allowed inside FedExForum in Memphis, Tennessee, to watch either the NBA’s Grizzlies or the Memphis men’s basketball team due to rising COVID-19 cases.

The Grizzlies announced the decision Sunday morning, saying it was consistent with pending recommendations from local health officials. The Grizzlies had been planning to have about 20% capacity inside their arena when their season starts Wednesday with a game against San Antonio. Plan holders will get a credit to their account, while single-game ticket buyers will get refunds.

The University of Memphis is emailing fans later Sunday about its refund policy.

Fans also will not be allowed inside the Elma Roane Fieldhouse for the Memphis women’s basketball program until further notice.

Minnesota is the latest Football Bowl Subdivision team to opt out of bowl game consideration.

Coach P.J. Fleck announced Sunday that the decision was made collectively by athletic department leadership, coaches and players. The Gophers lost 20-17 in overtime at Wisconsin Saturday to finish the season at 3-4. Fleck said the program’s focus is “strictly” on the off-the-field well-being of the players, with the goal of them “being able to responsibly spend some of the remaining holiday season with family and loved ones.”

There’s no guarantee the Gophers would have been invited to a postseason game with a losing record and so many bowls canceled because of the COVID-19 pandemic. Penn State was the first Big Ten to preemptively decline an invitation. Close to 20 teams in the FBS have opted out, including seven each from the Pac-12 and the ACC.