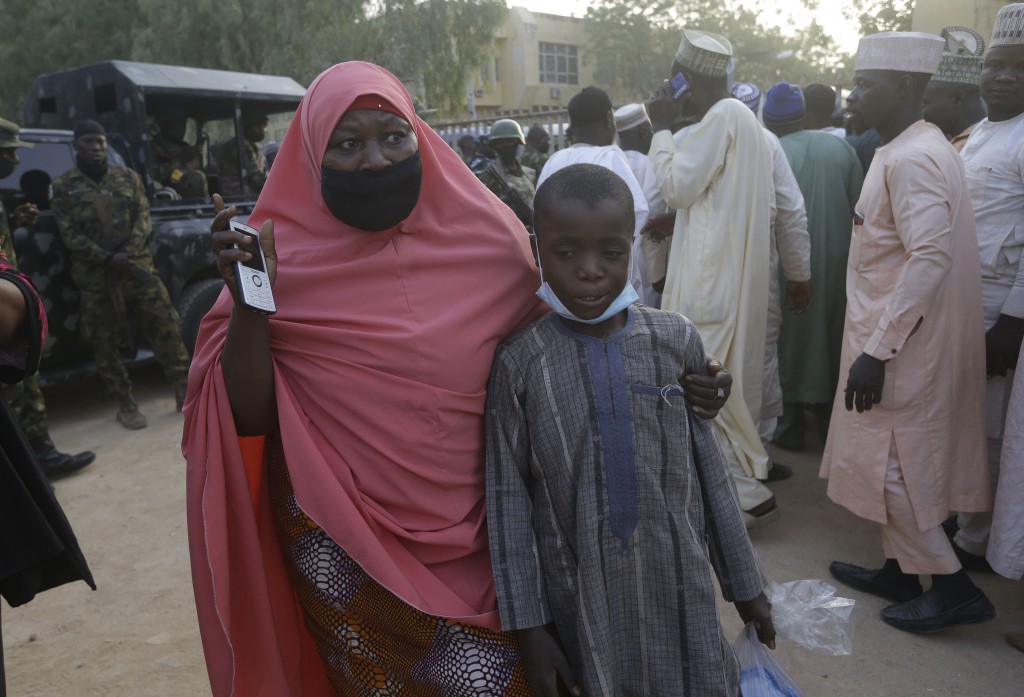 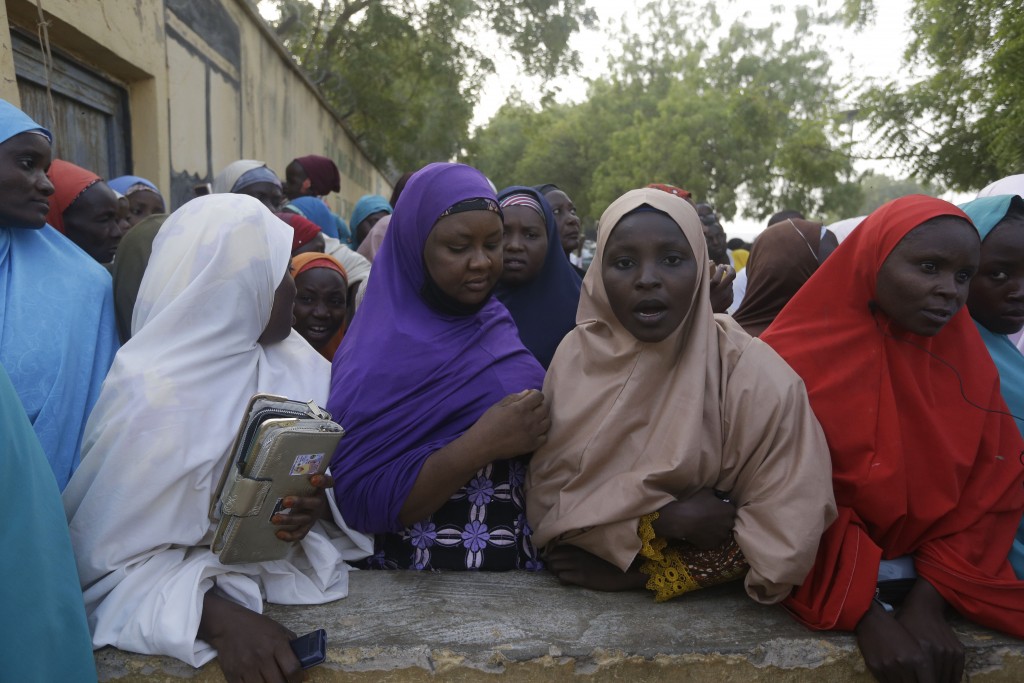 KANKARA, Nigeria (AP) — Nigeria's freed schoolboys have reunited with their joyful parents after being held captive for nearly a week by gunmen allied with jihadist rebels in the country’s northwest.

Relieved parents hugged their sons tightly on Saturday in Kankara, where more than 340 boys were abducted from the Government Science Secondary school on the night of Dec. 11. Other families met their sons in Ketare, about 25 kilometers (15 miles) away. More boys went to their homes further away in Katsina state.

“When I heard our boys were freed, I was full with joy and happiness because I couldn’t sleep, I couldn’t eat,” Murjanatu Rabiu, a mother of one of the boys, said.

“We were crying, not knowing the condition that they were in,” she said. "When we saw them, we were so happy even though they came back with wounds ... and very hungry.”

Many of the schoolboys expressed worry about returning to school, saying their captors threatened them with death if they went back to classes. Nigeria’s Boko Haram jihadist rebels claimed responsibility for the abductions, saying they attacked the school because they believe Western education is un-Islamic.

“Fear gripped me when they said if they ever see us in school again, that they will kill us,” said freed Kankara student, Usman Mohammad Rabiu. “I was seriously afraid.”

The 13-year-old boy told how the students were forced at gunpoint to trek several miles through the bush, without food or water. His feet had sores from the hike across the tough terrain. He said his feet were so painful that he couldn't walk and he was helped by an older boy who carried him on his back. He said he does not want to go back to school.

After being released by their captors, the schoolboys were bused to Katsina, the provincial capital, where they met with Nigerian President Muhammadu Buhari on Friday. The president appeared to minimize the traumatic abduction, telling the boys they should not be deterred in life by “this little difficulty.”

Another abduction of more than 80 students happened Saturday night in an area nearby, but the pupils were quickly rescued by security forces after a fierce gun battle, police announced Sunday.

Saturday night’s attempted kidnapping took place in Dandume, about 64 kilometers (40 miles) from Kankara, the town where the earlier kidnapping of schoolboys occurred.