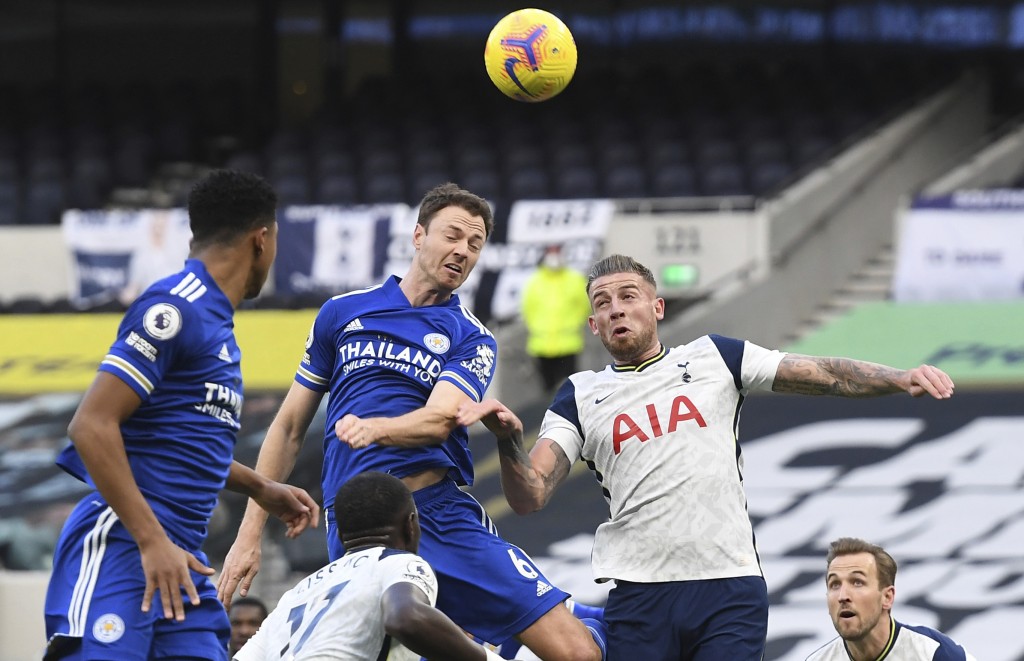 LONDON (AP) — Jamie Vardy's penalty and Toby Alderweireld's own-goal propelled Leicester to a 2-0 victory over Tottenham and up to second in the Premier League, moving ahead of the north London club on Sunday.

Tottenham's once-blossoming title challenge has faltered over the last eight days, with only one point collected by Jose Mourinho's side from three games.

But Leicester, the surprise 2016 title winner, is now only four points behind current defending champion Liverpool after 14 games.

A first half lacking clear-cut chances ended with Vardy putting Leicester ahead with the final kick from the penalty spot in stoppage time after Tottenham defender Serge Aurier barged Wesley Fofana over.

Tottenham had an escape early in the second half when James Justin’s long ball over the top was artfully brought down by James Maddison before netting — only for VAR to spot a tight offside.

But Leicester was gifted a second on the hour when Vardy's header across goal was deflected into his own net by Alderweireld, who was under no pressure.

It enabled Leicester manager Brendan Rodgers — appointed academy coach at Chelsea in 2004 when Mourinho was first-team manager - to claim a first victory over his mentor in their eighth encounter.

Two weeks after Tottenham beat Arsenal in front of 2,000 fans, the north London stadium's stands were closed again — after only being open for two games — due to tighter coronavirus restrictions being re-imposed in the capital.