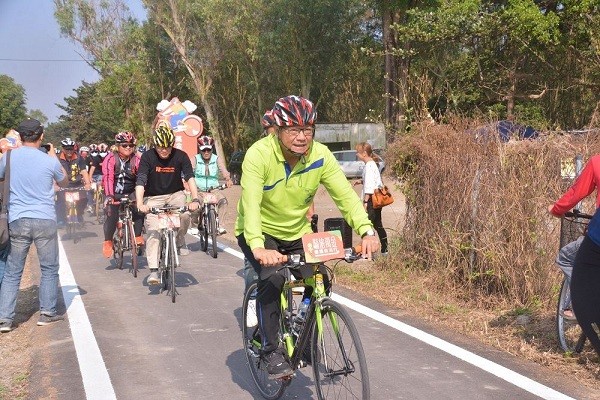 Cyclists riding this route are able to see vestiges of the Taiwan Sugar rail system as well as attractions along and near the route, Pan added. Pingtung Transportation and Tourism Department said construction of the Wanjin Sugar Railway Bike Path, which took more than two years and cost NT$55 million (US$1.9 million), was funded by the Ministry of Education's Sports Administration.