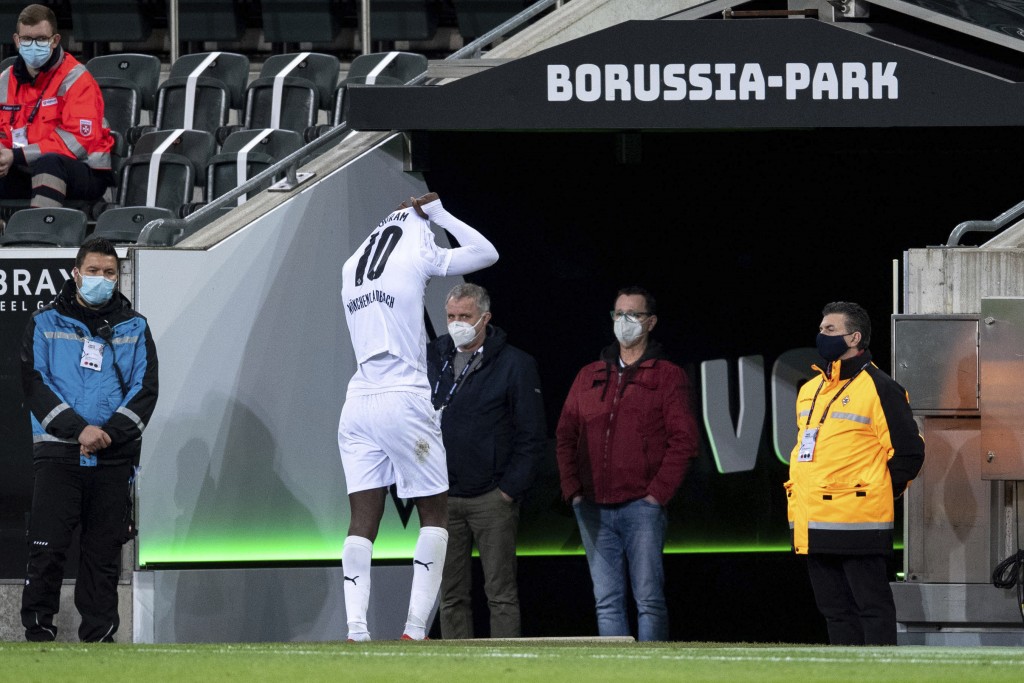 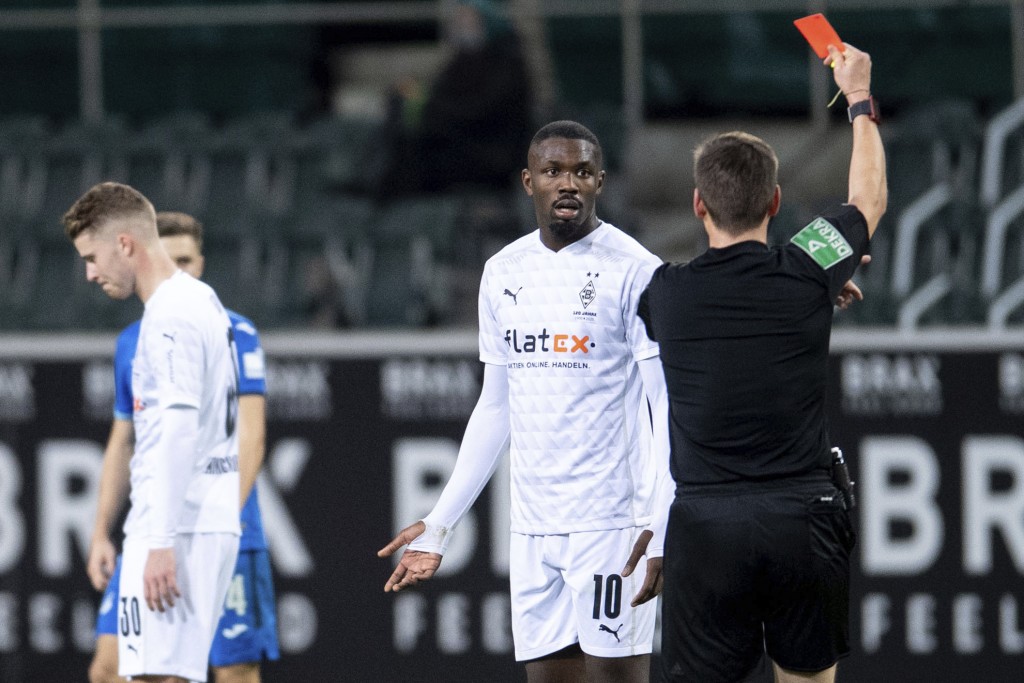 MÖNCHENGLADBACH, Germany (AP) — Borussia Mönchengladbach forward Marcus Thuram has apologized for spitting in an opponent's face during a game as he faces a lengthy ban.

Thuram was sent off after spitting at Hoffenheim defender Stefan Posch during a confrontation between the pair Saturday, with the score at 1-1. Hoffenheim conceded another goal after Thuram was red-carded and went on to lose 2-1.

“Today something took place that is not in my character and must never happen. I reacted to an opponent in a wrong way and something occurred accidentally and not intentionally,” Thuram wrote on Instagram late Saturday.

“I apologize to everyone, to Stefan Posch, to my opponents, to my teammates, to my family and to all those who saw my reaction. Of course, I accept all the consequences of my gesture.”

Thuram is likely to miss several weeks of games in the new year, dealing another blow to eighth-place Gladbach's hopes of qualifying for the Champions League for a second straight season. Schalke defender Ozan Kabak missed five games after he spat in the direction of an opponent in September.