TAIPEI (Taiwan News) — Taiwan must ensure its own national security even if the U.S. continues to sell it armaments, according to the Institute for National Defense and Security Research (INDSR), a government-funded think tank based in Taipei.

INDSR researcher Lin Cheng-rung (林政榮) noted in a report the U.S. Defense Security Cooperation Agency (DSCA) announced on Dec. 8 the U.S. would sell Taiwan a Field Information Communications System. It is the sixth arms sale to Taiwan of Donald Trump's administration’s this year and the 11th of his presidency.

However, Lin said that most U.S. presidents in recent times have taken an ambiguous position on whether the U.S. will send soldiers abroad to help defend Taiwan if a military conflict arises. He noted that when Trump was elected as U.S. president in December 2016, he spoke with President Tsai Ing-wen (蔡英文) for more than 10 minutes about politics, the economy, and security in the Indo-Pacific region.

Lin noted that Trump signed into law the Taiwan Travel Act in 2018 and the Taiwan Assurance Act of 2019, which was unanimously passed in the U.S. House of Representatives. He added that Trump actively promoted trade, technology, and military exchanges with Taiwan after he took office on Jan. 20, 2017, forging a relationship that was arguably the most favorable toward Taiwan since 1979.

Even though Trump is seen as very friendly to Taiwan, he has tried not to give a definite answer when it comes to questions regarding his position on potential military conflicts between Taiwan and China. When asked by Fox News’ Steve Hilton in an interview in August about what he would do if China invades Taiwan, Trump said, "I think it’s an inappropriate place to talk about it, but China knows what I’m gonna do. China knows.”

Taiwan still has to be self-dependent, according to the researcher. Quoting former British Prime Minister Winston Churchill’s statement, “We have no lasting friends, no lasting enemies, only lasting interests,” Lin said the U.S. will put its national interests at the forefront of its policy-making.

Taiwan must depend on itself for its own security, Lin said. “We have to save our own country.” 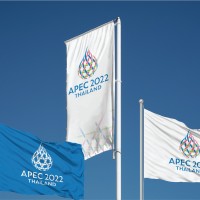