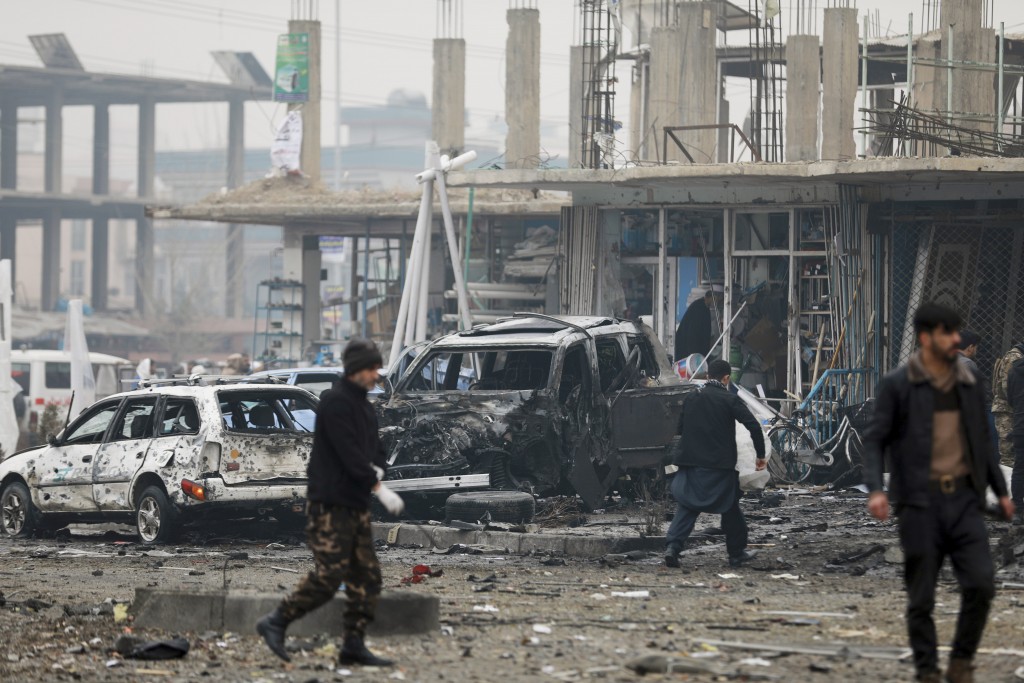 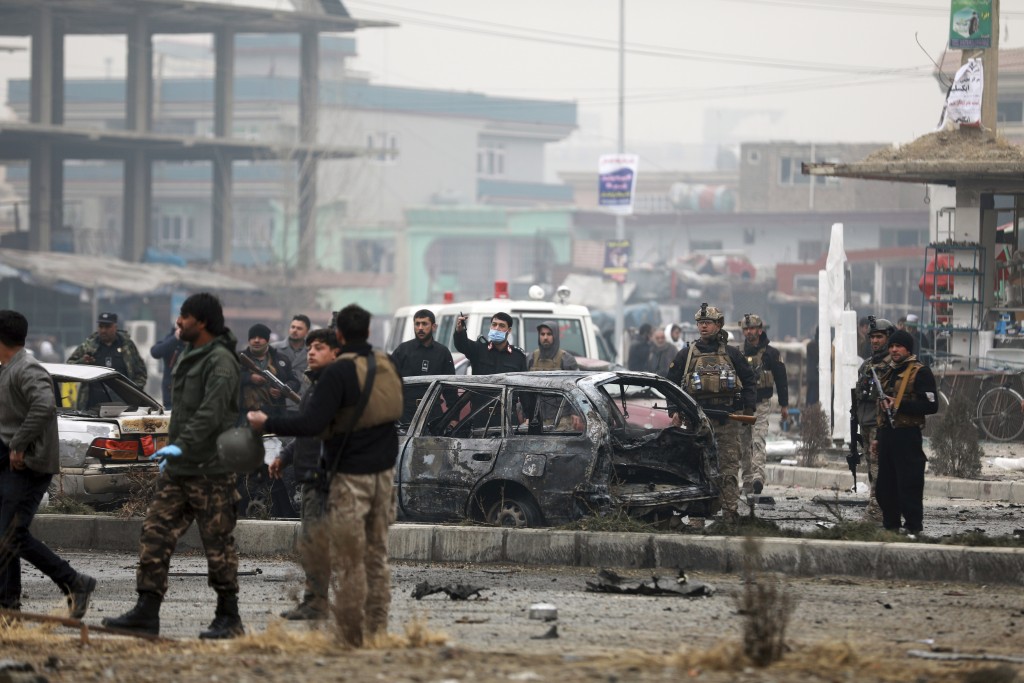 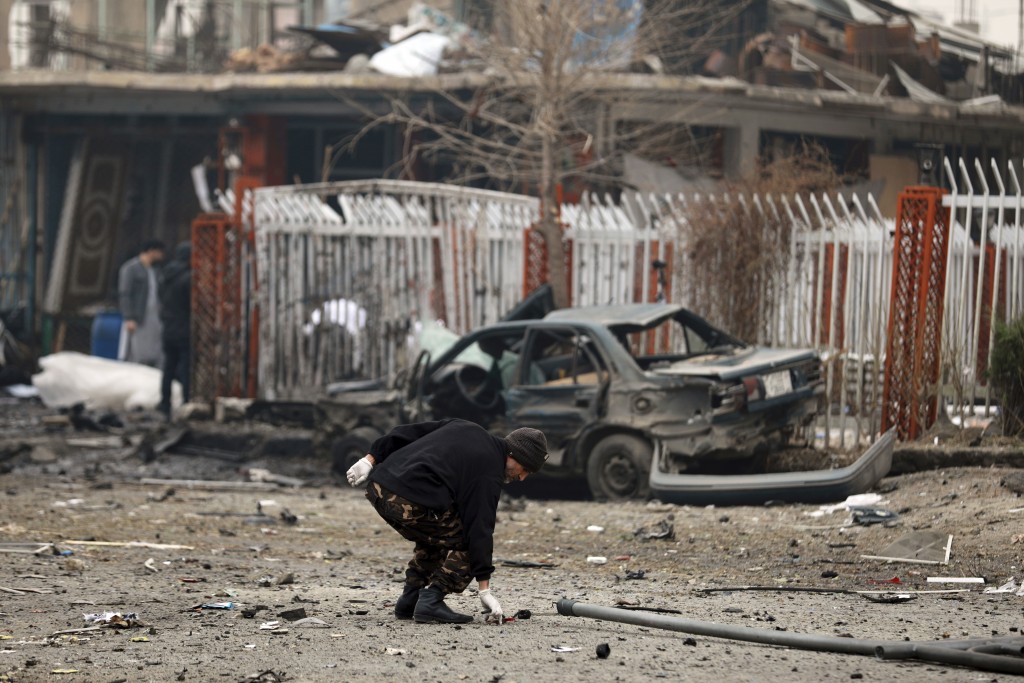 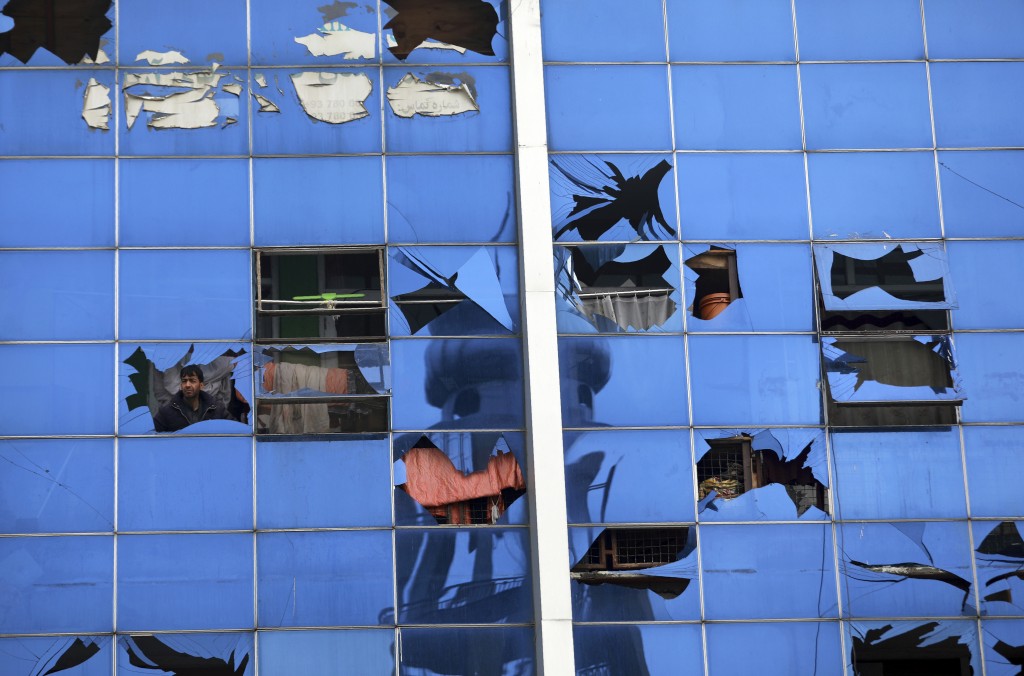 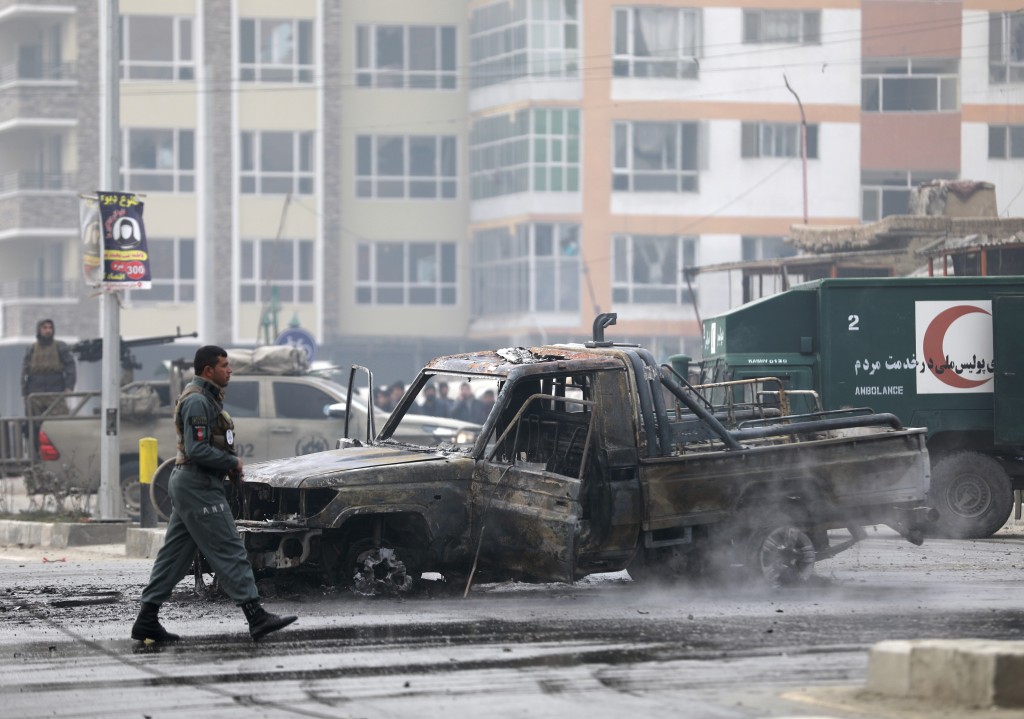 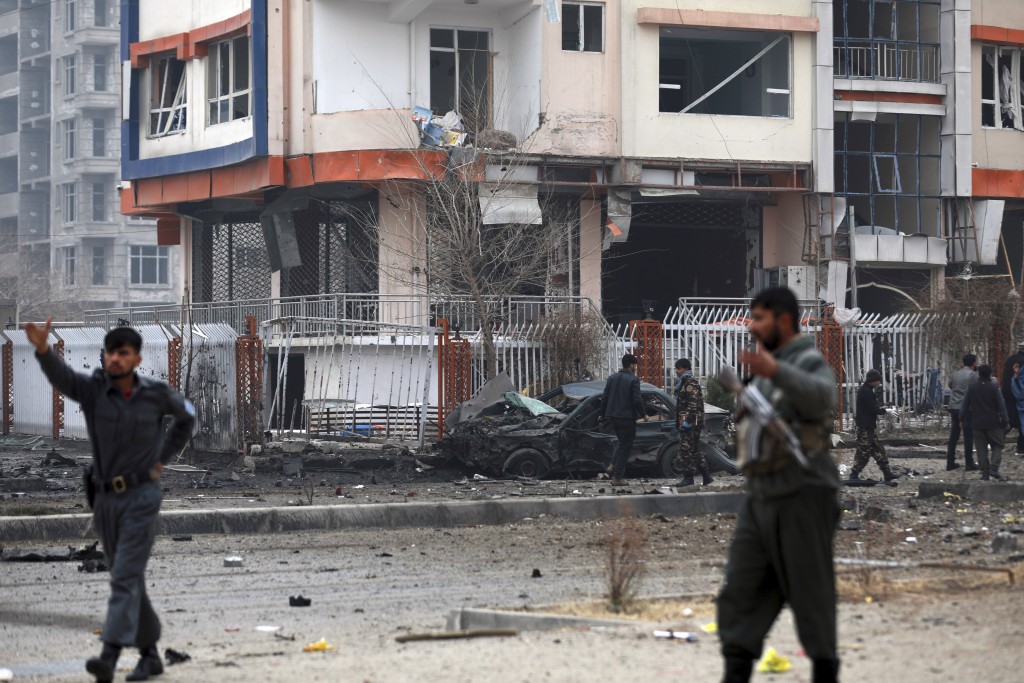 Tariq Arian, spokesman for the Interior Ministry, said that more than 15 others were wounded in the attack including a member of parliament, Khan Mohammad Wardak.

The dead and wounded included children, women and elders, said Arian. He added this was only the initial report of casualties, and that the toll could rise.

The attack happened while the lawmaker's convey was passing through an intersection in Kabul's Khoshal Khan neighborhood. The blast set afire surrounding civilian vehicles, as well as damaging nearby buildings and shops.

No one immediately claimed responsibility for the attack.

The Islamic State group has claimed responsibility for multiple attacks in the capital of Kabul in recent months, including on educational institutions that killed 50 people, most of them students.

IS also claimed responsibility for Saturday's rocket attacks at the major U.S. base in Afghanistan. There were no casualties in that assault, according to NATO and provincial officials.

A NATO official confirmed the attack and said initial reports indicated that the airfield was not damaged.

Violence in Afghanistan has spiked even as the Taliban and Afghan government negotiators hold talks in Qatar, trying to hammer out a peace deal that could put an end to decades of war. At the same time, the Taliban have waged bitter battles against IS fighters, particularly in eastern Afghanistan, while continuing their insurgency against government forces.

The agreement, signed in Qatar where the Taliban maintain a political office, was intended to set the stage for direct peace talks between the Taliban and the Afghan government.

After talks with the Taliban, Milley flew to Kabul to consult with Afghan President Ashraf Ghani. He said he emphasized to both parties the need to rapidly reduce levels of violence across the country.